A salute to the troops 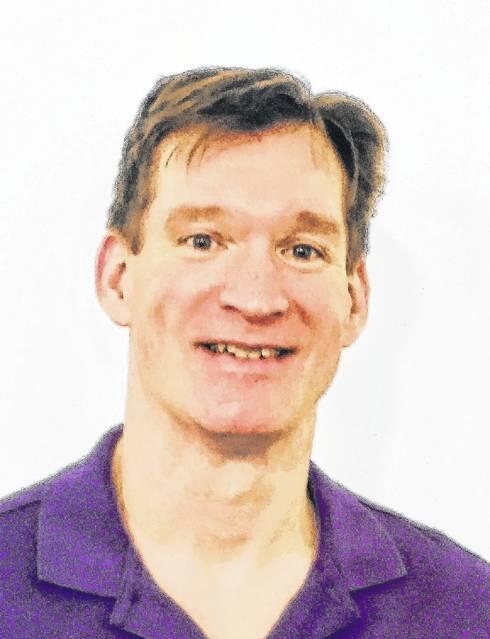 Along with hundreds of other excited children, I was sitting on the edge of the sidewalk near the intersection of Lysle Boulevard and Fifth Avenue eagerly waiting for the Memorial Day Parade to begin in downtown McKeesport.

I was at the annual event with my Aunt Sharen Farrell, along with her best friend Norma Zigler, after spending the weekend at my maternal grandparents row house apartment in Crawford Village.

Upon purchasing several items from a street vendor along the thoroughfare buzzing with pedestrian traffic, the youngest sister of the minister’s wife handed me a tasty fluffy mass of blue spun sugar on a paper cone.

After stuffing the mouth watering sugary treat into my pie hole, I was nearly finished as the joyous sounds of the first marching band made it’s way down the street announcing the beginning of the long procession.

Once I finished taking a swig of my aunt’s carbonated beverage, she grabbed a napkin from her hip pocket and licked it before wiping the remnants of the delectable confection from my mouth and hands.

Swiftly settling back into my curbside seat, the drum major from South Allegheny Senior High School, wearing a dark blue military-style uniform with a gold plume attached to his hat, marched by as the tune of “You’re a Grand Old Flag” rang out from the woodwind section.

In tandem with a half-dozen other youngsters in the vicinity, this six-year-old sprang to his feet and belted out the words to the chorus while marching in place like a little soldier as the percussion section crashed by.

As a few dignitaries, including the mayors of McKeesport, North Versailles and West Mifflin, rode past in Lincoln Continental convertibles, the long brown-haired teenager handed me a brown paper lunch bag before sitting back down.

When a colorful parade float came into view, I jumped for joy at the Statue of Liberty surrounded by men and women dressed as immigrants landing on the shores at New York Harbor.

The next few moments of time was every child’s dream as an assortment of candy, thrown from the decorated platform, was scattered along the curbs on both sides of the paved road.

Every time candy landed along the side of the curb after becoming fast friends with the little tyke, I grabbed several pieces and let the preschooler take half of it before placing my share in the brown paper sack.

One of the highlights of the momentous occasion occurred when the Pittsburgh Fire and Police Emerald Society Pipes and Drum Brigade strolled down the boulevard playing their melodic tunes on the bagpipes.

My new blond-haired companion and I stood to our feet and pretended to hold bagpipes while prancing around in a circle giggling as we went.

While applause were heard all around as the popular musical troupe filed past down the tree-lined street, our merriment subsided momentarily waiting for the next attraction along the parade route.

When an eye-catching float filled with beauty pageant contestants, including Miss Pittsburgh, rolled into view, the tall blonde under an arch of flowers at the top of the steps blew a kiss in my direction.

“Did you see that,” I questioned with excitement in my voice. “That really pretty girl at the top just waved and blew me a kiss; so I made sure to catch it.”

“That’s Miss Pittsburgh,” revealed Aunt Sharen reaching down to tousle my brown locks. “She will go on to complete in the Miss Pennsylvania Pageant very soon.”

“If she wins in Harrisburg,” interjected Norma looking into my blue eyes. “She will move on to Atlantic City where she will participate in the Miss America Pageant with forty-nine other contestants.”

“Well,” I interjected with a wide grin splashed across my face. “I think she is the prettiest girl on the float; so she should definitely win the contest.”

As the parade came to an end, I said farewell to my newfound friend before making the trip back to Grandma and Pappy Farrell’s house taking the short cut through McKeesport and Versailles Cemetery.

Once the McKeesport Area High School senior, along with her best friend and nephew, reached the top of the ridge, we stopped at Uncle Bob Moffett’s grave site to place an American flag next to his tombstone.

“This is where Uncle Bob is buried,” divulged the long brown-haired teenager as she placed her arm around me. “He was your Grandma Farrell’s oldest brother; so that would make him your granduncle.”

“He was in the United States Army and served our country during World War II,” she added while I squatted down in front of the grave marker for a closer look.

After the teens and I paid our respects to the war veteran, we began the last leg of our journey by walking through the oldest section of the cemetery.

While bravely standing at the edge of one of the sunken burial plots, I swung my arms back and forth before leaping over the recessed area careful not to fall backwards into the hole.

“What are you doing,” asked Norma with wide eyes. “If you’re not careful, you might just fall into one of those graves and hurt yourself.”

“Well, I’m glad I didn’t fall in,” I remarked before rushing over to the teenage girls. “Cause Pappy Farrell says if I fall in the hole, I will be swallowed up never to be seen again.”

“Jeepers creepers,” stated the steel worker’s daughter with a toothless grin looking down at me. “Then it’s a good thing that you’re a pretty good jumper.”

When the long brown-haired young lady picked me up, I burst into giggles as the teenage girls tickled me while walking across the basketball court and down the cement steps back toward the row house.

This weekend's devotional is brought to you by Pastor David Gasperson of Warsaw Baptist Church in Warsaw, NC. This sermon is entitled "Peace With G

Former City Councilman Willie W. Bowden Sr. leaves behind a legacy of service to his country, his city and his community as a soldier, police

Even though it was the first day of summer vacation following my kindergarten graduation, my brother and I were up and at’em bright and

ROSEBORO — Graduations were taking place across the county on Friday, with Lakewood and Midway seniors among those able to turn their ta

The middle of the road

Recently, I heard a preacher on TV encouraging his congregation about a subject he was excited about. While exhorting them to take a stand, he