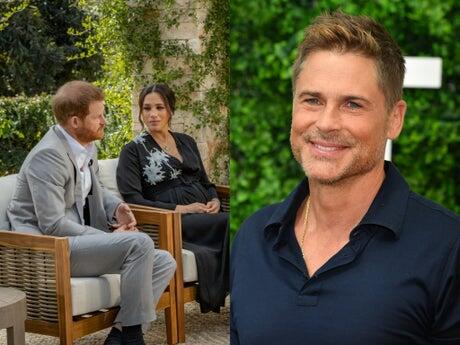 Prince Harry and Meghan Markle have definitely brought a lot of interest to his “sleepy little town” of Montecito , California , ever since moving into their new Santa Barbara home last year, actor Rob Lowe has said.

During an interview with E! News , the 57-year-old actor said that despite the fact that the royal couple has attempted to “keep a low profile”, they have still expanded the interest in the area.

“They definitely have brought a lot of attention to my sleepy little town,” he said.

“Let me tell you something: Once the royals move into your neighbourhood, the neighbourhood is never going to be the same,” he added.

Lowe, who has lived in the area for 26 years, also spoke about talk show host Oprah Winfrey's move to the idyllic locale when hosts Kym Whitley and Justin Sylvester asked whether he was irate about the progressions the VIPs brought.

“When Oprah moved in, that began the sort of resurgence of Montecito. And now that the royals are there, the good news is property values go up, the bad news is the lines are longer at Starbucks,” he said.

Last month, The Guardian reported that police had been called to the royal couple’s house nine times since July 2020 for reports related to trespassing, alarm activations, and phone requests. 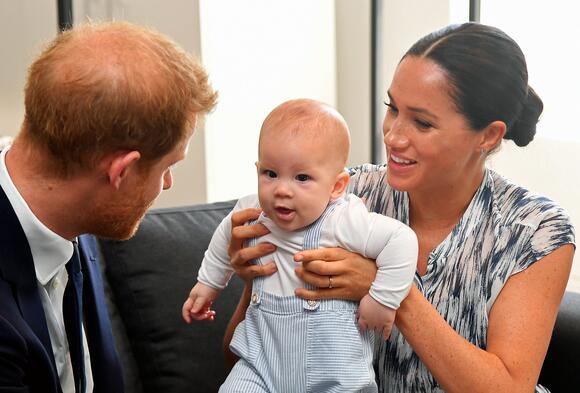 In March this year, the Duke and Duchess of Sussex sat down for a highly publicised interview with neighbour Winfrey , during which a number of shocking revelations were made.

The backdrop of the interview looked to be a manicured garden, with many people seemingly recognising the outdoor setting as Lowe’s home. However, The Outsiders star addressed the speculation during an interview on E! News ’s Daily Podcast and clarified that he had not lent out his property for filming.

He said: “It’s so funny. Everybody thinks the interview is shot at my house and then my friend Ted Sarandos, who runs Netflix, everybody thought they shot it at his house.”

“Here’s my thing and I have no idea. I think they just plain old shot it at Oprah’s. I swear to you they just said it was a mystery location,” he said.

Earlier this month, American comedian Ellen DeGeneres also repurchased her Montecito ranch for $14.3m (£10.08m) after revealing that her famous talk show is coming to an end in the spring of 2022.

According to records, the sale took place on 23 April and the property is located next to Ms Winfrey’s estate.

Where will Meghan Markle and Prince Harry hold baby Lilibet Diana’s christening? One report says Markle is going to have a lavish Hollywood christening for her baby and won’t spare any expense doing so. Gossip Cop investigates. ‘Money is No Object’. According to Heat, Prince Harry and Meghan Markle want...

MEGHAN Markle’s ex-husband Trevor Engelson felt like “something stuck to the bottom of her shoe” as their marriage broke down. The producer and talent agent told how his marriage to the Duchess came under strain as the pair were filming in different cities - before Meghan cited “irreconcilable differences” and filed for divorce in 2013.

PRINCE Harry and Meghan Markle's explosive Oprah Winfrey interview has been nominated for an Emmy Award. The Duke and Duchess of Sussex could take home a gong for the two-hour chat, which saw them make a string of bombshell allegations against the Royal Family. "Oprah with Meghan & Harry: A...

British royal family news shows that Meghan Markle has shown no compunction in regard to trashing her in-laws, the UK monarchy and the royal family—all of which form one giant monolith that doesn’t seem to intimidate her one bit. Yet could all of her mudslinging come back to haunt the one time actress?

British royal family news reveals that a royal expert close to Prince Charles is branding the heir’s youngest son and his wife with some harsh words. What is being said about Prince Harry and Meghan Markle, otherwise known in their own universe as the Duke and Duchess of Sussex?. The...

William and Kate are sending a secret message to Harry and Meghan, royal author says

Prince William and Kate Middleton are sending a secret message to Prince Harry and Meghan Markle with their recent string of royal engagements and public statements, a royal biographer claims. Duncan Larcombe said while the Royal Family have been mainly silent since the Sussexes bombshell interview with Oprah Winfrey the...

Viewers were left gobsmacked this evening as a 28-year-old clip resurfaced of a young Meghan Markle criticising a sexist advert. The Duchess of Sussex appeared on children's channel Nickelodeon when she was just 12 in 1993 as she voiced her concerns over a commercial. In the brief clip, Meghan shows...

Nearly 2 months after the birth of Prince Harry and Meghan Markle's daughter ... she's still MIA from the official Royal line of succession. Lilibet Diana Mountbatten-Windsor was born June 4 and would seem to make her 8th in line for the throne ... but the Palace has not listed her as such on its official website.

Prince Harry and Meghan Markle Donate Diapers to a Charity in L.A.

The Duke and Duchess of Sussex love to surprise those in need with donations. Today, the pair gave an unexpected large gift to Harvest Home, a Los Angeles charity supporting homeless pregnant women. The Harvest Home team walked outside their Pico-Robertson location to find boxes upon boxes of diapers. The...

Meghan Markle and Prince Harry are all set to develop their second Netflix project, which will focus on a 12-year-old girl’s adventures, in a new animated series. According to Fox News, the Duke and Duchess of Sussex’s Archewell Productions announced on Wednesday that the working title Pearl will be developed for the streaming service. It was Meghan who created the idea of the family-focused animated series, which was inspired by a variety of women from history. She will also serve as an executive producer with filmmaker David Furnish, who has previously worked as a producer on ‘Rocketman’ and ‘Sherlock Gnomes’. Escaping The Palace Trailer: Prince Harry & Meghan Markle’s British Royal Family Fracas is Now a Lifetime Original Movie (Watch Video).

Relationships of Prince Harry: From Family Feuds to Celebrity Friendships and Meghan Markle

Relationships of Prince Harry: From Family Feuds to Celebrity Friendships and Meghan Markle. Prince Harry was born into privilege and spent his early years in a seemingly happy family that the British public adored, but his parents’ tumultuous divorce and his mother’s sudden death when he was just 12 years old set the tone for a turbulent future.

British royal family news shows that before Prince Harry met Meghan Markle, he lived in a quaint bungalow known as Frogmore Cottage. It was rumored to be right up his ally, a bachelor pad with a tree hammock to relax his cares away. Once Meghan Markle married him, the cottage...

The Crown misses it: this is how the love between Meghan Markle and Prince Harry arose

More than once, Peter Morgan made it clear that, in his opinion, Meghan Markle and Prince Harry are still not fit to appear in The Crown. While including his story would imply more than six seasons, everything indicates that the reasons for the director of the series are based on the fact that, in his words, “they still have a long way to go”.

Meghan Markle hasn’t talked to her father for some time, but that may change if Thomas Markle gets his way. The Duchess of Sussex’s estranged father told Fox News that he wants to…

Meghan Markle and Prince Harry will team up on a book about ‘leadership’ as part of their megabucks book deal, Page Six is told. And Markle may be set to write her own sensational memoir — following in her husband’s footsteps. In fact, royal observers ponder whether a Markle memoir...

PRINCE Charles' biographer has blasted Harry and Meghan for being "vicious, cruel and horribly self-serving". Jonathan Dimbleby said the couple did "great damage" to the Queen and the rest of the Royal Family during their tell-all chat with Oprah Winfrey. Speaking at the Buxton International Festival in Derbyshire this week,...

For anyone who didn't score an invite to Meghan Markle and Prince Harry's royal wedding reception, here's the next best thing. Frogmore House, which hosted 200 guests for an evening reception following Meghan and Harry's May 2018 wedding, is opening its doors to visitors in 2022. The royal residence will be open on three charity days in the spring, when all proceeds are donated to specially selected charities, as well as pre-booked groups of 15 people or more during August.

Finding Freedom was a book meant to document the Sussex's journey from their meeting in 2016 until their exit from their royal life, but the updated version has people outraged. The Duke and Duchess of Sussex's updated biography, which will be released on August 31, will include the details of...