Ohio Calls for Action as Gun Violence is on the Rise 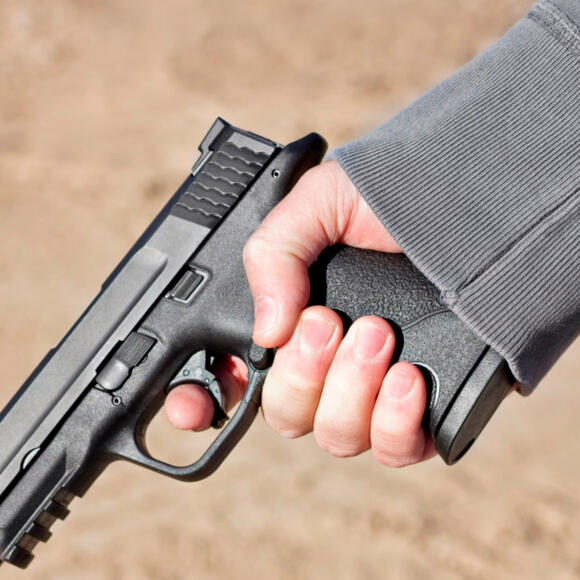 The Ohio Gun Violence Prevention Caucus calls for action, holding their first meeting after a weekend of four mass shootings, two of which occurred in Ohio. On Saturday, there was a shooting in Columbus, leaving one teen dead and seven others injured. On Sunday, a shooting in Youngstown left three people dead and at least three more injured.

The caucus was formed with the purpose of instituting more gun safety measures in Ohio. It has also been noted that no Republican members have joined the caucus so far. What can be done to keep gun violence from rising? Read on to find out more about what the caucus discussed.

Why is gun violence on the rise?

Ohio senator Cecil Thomas claims that the increase of gun sales during the pandemic contributed to rising levels of gun violence seen today.

“During COVID, we saw in this country an increase in the number of guns on our streets in the tens of millions...combine it with the economic concerns people are going through and other COVID concerns...seeing increases of violence should not come as a surprise to anyone."

In 2020, homicides and non-suicide-related shootings saw a 25 percent increase. There were about 4,000 more firearm deaths and around 9,000 more firearm-related injuries in 2020 than 2019. According to Everytown, an estimated 22 million guns were purchased in 2020, which is 64 percent more than in 2019. The pandemic’s impact on the economy, causing the loss of jobs, was strongly felt, especially in communities of color. Areas with higher unemployment or poverty have higher rates of gun violence.

Sen. Thomas also condemns the controversial “stand your ground” law that went into effect just last month. The law states that gun owners no longer need to retreat from a perceived threat before opening fire. Although this new law is meant to emphasize the right to self-defense, it also encourages people to shoot before asking questions.

Ethan Nichols, executive director of Ohio Students for Gun Legislation, sees “stand your ground” as a danger to minority communities. "It's a racist law," Nichols said. "I think for Ohioans that this is, very obviously, a step in the wrong direction. This is a step backwards into another century."

However, the proposals have been ignored by the dominantly Republican House. Meanwhile, let’s hope that the Democrats and Dewine get through to the House so they can work to prevent any more lives from being lost due to gun violence.

'It's time': Larry Householder's Fate on the Line in House Hearings

Former Ohio House Speaker Larry Householder is still facing an indictment for a $61 million racketeering scheme. In July of 2020, Householder and four of his associates were arrested for racketeering by the FBI in what they call the largest bribery and money laundering scheme.

A former U.S. Representative by the name of Jim Renacci recently released a campaign video criticising the current governor of Ohio Mike DeWine. In 2010, Renacci was elected to the U.S. Congress. He even ran for a U.S. Senate position in 2017, but lost to Democrat Sherrod Brown. Renacci announced that he will be running for the Republican nomination in 2022 as the governor of Ohio against DeWine. According to his campaign website, his purpose is to “end Mike DeWine’s assault on the people of Ohio.” When schools and businesses were closed down, Renacci claimed that “DeWine put fear over freedom.” He is urging people to support him so they don’t go down with DeWine.

Ohio State Representative Larry Householder: Will He Stay, or Will He Go?

Larry Householder has had all the spotlight from the Ohio community this past year but not in a positive way. After being accused of a $60 million-dollar bribery scheme while serving as the speaker of the House, Householder was removed from his position last summer but promptly re-elected in the fall.

If you live in the state of Ohio, Vax- a -Million is offering a significant monetary incentive for receiving at least one dose of your COVID-19 vaccination. By large, Ohio means one million dollars! Five lucky vaccinated Ohio residents eighteen years and older will become millionaires by the end of the month. An additional five vaccinated Ohio residents ages 12-17 who have received their first Pfizer vaccination are eligible to win a full scholarship to any in-state college or university of their choice. It sounds a little too good to be true, right?

On Wednesday June 9th, special prosecutor Kathleen Garber and independent investigator Richard Woznniak announced that three police officers from the Columbus Division of Police are currently facing criminal charges in consequence of last year’s Black Lives Matter protests. There is reason to believe that during the protests there were instances of officer misconduct, so the city hired retired FBI agent Wozniak and prosecutor Kathleen to investigate the issue.

Recently, the Ohio Lottery announced the third winners, Mark Cline and Sarah Afaneh, of the Vax-a-Miillion lottery. Cline received his vaccination at the Union County Fairgrounds. He joked, “(My wife’s) doing OK even though I told her that the million was mine because she didn’t register.”

Congresswoman Joyce Beatty and Senator Sherrod Brown are asking the DHHS Office for Civil Rights for an investigation into the systems that failed to protect 16 year old Ma’Khia Bryant from a tragic and untimely death.

Controversy among schooling systems is nothing new – although for Columbus City Public Schools, the most recent avenue of discussion is two bills seeking to ban the teachings of critical race theory.

Columbus Mayor Andrew Ginther has announced the new chief of the Columbus Division of Police. Former Detroit deputy chief, Elaine Bryant will be the first black woman and the first person from outside the division to lead the Columbus department.

Columbus Families of Slain Children Call to “Stop the Violence”

The string of gun-crime plaguing the city of Columbus has left the city with a record homicide rate on a fast-track to surpass the prior year’s deaths. Within the span of half a year, a total of 81 homicides were documented. Of the victims who tragically lost their lives, two of them were as young as sixteen-years-old.

Joseph Costello, a high school freshman, was announced on Wednesday as the winner of a full-ride, four-year college scholarship in Ohio’s Vax-a-Million lottery. The 14 year old and his family live in Englewood, Ohio.

Police in Columbus and other law enforcement in the Central Ohio area are working together to prevent continually rising teen crime. The current murder rates in Columbus are projected to surpass last year’s, and it has been found that many of the crimes involve teenage victims and perpetrators.

Columbus Police Chief Candidates: Are they Suitable for the Job?

As Columbus narrows down its police chief candidates to the final four, questions are being raised about the ethics of one of the candidates, while some of the others show more promise. The four finalists for the job are Elaine Bryant, Derrick Diggs, Avery Moore and Ivonne Roman; however, this article will focus on Diggs and Roman.

With the virtual town hall meeting scheduled for Wednesday, the Columbus Police Department faces the question of which of the finalists will step up as the new police chief. Of the nine candidates selected, four finalists have been chosen: Elaine Bryant, Derrick Diggs, Avery Moore, and Ivonne Roman. During the town hall meeting, citizens will be able to speak to these candidates personally to ask what they intend to accomplish as Columbus police chief.

Body Cameras Could Be the Key to Police Accountability

While most people will remember the year 2020 for the health crisis of COVID-19, the year was also one marked by a string of police brutality. The deaths of individuals such as Andre Hill and Ma’Khia Bryant at the hands of police officers have caused the public to question whether or not they can trust their own law enforcement.

Ohio Vax-a-Million Lottery: Incentive for Residents to get Vaccinated

As an incentive for residents to get vaccinated, Gov. Mike Dewine has announced that Ohioans who get the Covid-19 vaccine are eligible to win a million dollars or a college scholarship. If that won’t encourage people to get vaccinated, then nothing will!