4 Movies that were filmed in Tampa

Posted by
Visual Freedom
17 days ago 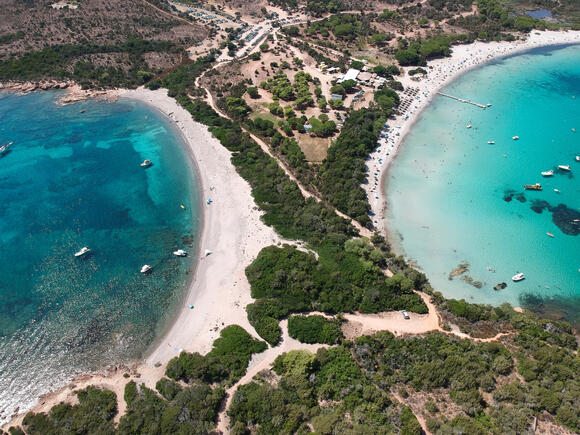 Tampa is a major city on the Gulf Coast of the U.S. state of Florida with an estimated population of 399,700 in 2019. Tampa is also considered to be the economic center of western Florida.

The city of Tampa is best known for its tourist attractions especially Busch Gardens, where people can get the thrill of amusement parks. Many other places are dedicated to animals and wildlife and attract more tourists with every passing day. The beauty of wildlife and nature mixed with the city is what attracts many movie productions to film their movies in this city.

Some of the movies filmed in Tampa are mentioned below.

This horror, drama, thriller movie “Fear of Rain” is written and directed by Castille Landon. The story revolves around a girl with schizophrenia who struggles with hallucinations as she believes that her neighbor holds a little kid captive.

When a teenage girl Rain (Played by Madison Iseman) is diagnosed with schizophrenia, she starts hallucinating scenarios which are very less likely to exist. She hallucinates about a little kid being kidnapped by her neighbor. Nobody believes her because of her disease except for a little boy Caleb - a boy she isn’t even sure exists. She is either giving life to her fears in her brain or she might be right about the kidnapping.

This movie is based upon a novel written by Ransom Riggs and Jane Goldman (screenplay) and directed by Tim Burton. It is a movie with the genre of Adventure, drama, and family.

When Jacob’s (Played by Asa Butterfield) grandfather is murdered, he starts discovering certain clues left to him by his grandfather which leads him to a mystery that spans different worlds and times, he finds a magical place which is known as Miss Peregrine’s Home for Peculiar Children. When he starts learning about the place and the powers of the peculiar children living there, he realizes that this home has many more dark secrets and danger lurking around it. Jacob himself has a special “peculiarity” which is the only thing that can save him and his peculiar friends from this trouble and danger.

Magic Mike is written by Reid Carolin and directed by Steven Soderbergh. This movie is about a male stripper Mike (Played by Channing Tatum) who teaches a younger performer how to party, pick up women and make money.

Mike Lane who is a thirty-year-old man and lives in Tampa, Florida, works as a roofer by day and a stripper by night, where he is famous by the name of Magic Mike. Although he enjoys being a stripper and makes a lot of money, there is something else that he wants. He wants out from being a stripper and projects towards the furniture-making business. One night when a teenage boy Adam follows Mike to his club and performs an act which Mike is unable to perform, he becomes a huge hit. However, this success goes towards his head and jeopardizes his sister Brooke’s relationship with Mike.

A special agent Frank Castle had an amazing and complete life with a loving family and a thrilling job. But all hell breaks loose and his life turns upside down when his family is brutally slaughtered by a criminal and powerful businessman. Frank changes his personality and becomes a cold-hearted man who becomes the judge, jury, and executioner and sets off to take his revenge on his family from the criminal businessman.

In Michigan's movie history, there have been some rogues. The incentives made the state a mecca for movie shoots when fully operational, like the Death Star from "Return of the Jedi." Hollywood's biggest productions have come to Michigan to lop off some budgets, I mean, to take advantage of Michigan's diverse settings. The result was a marked increase in familiar sights on megaplex screens. A chronological list of thirty of the most notable films shot in Michigan, if you want to watch or rewatch them, or maybe even find a spot where George Clooney or Jane Seymour once stood.

14 movies and TV shows filming in Vancouver this June

Hello June! Summer is just around the corner and the start of a new month means plenty of new movies and TV shows filming right here in the city. Although filming took a serious hiatus due to COVID-19, these local productions are back on location and ramping up production again in Hollywood North. From new movies filming to popular series, these actors and crew are hard at work to bring you some new binge-worthy creations you don’t want to miss.

TAMPA — Justin Long was in Tampa in early 2020 making Lady of the Manor just prior to the pandemic shutting down the production industry. He returns to Tampa on Thursday for the premiere of the movie at the Suncoast Credit Union Gasparilla International Film Festival, which was cancelled last year due to the pandemic.

Movies with the main filming locations in Alabama

Alabama is a state in the Southeastern region of the United States, bordered by Tennessee to the north; Georgia to the east; Florida and the Gulf of Mexico to the south; and Mississippi to the west. Alabama is the 30th largest by area and the 24th-most populous of the U.S. states. With a total of 1,500 miles (2,400 km) of inland waterways, Alabama has among the most of any state.

CINCINNATI (FOX19) - After a delay due to the pandemic, film production has resumed in the Tri-State with a movie called “Bones and All” starring Timothée Chalamet. FOX19 NOW spotted crews at work in Lockland Thursday night. “The film will shoot through mid-July and put hundreds of locals to work,...

Steven Soderbergh's new movie is all Detroit. No Sudden Move, filmed and set in Detroit is set to premiere on HBO Max July 1. Sonderbergh and his team hit the Motor City last fall to film during the pandemic under strict guidelines and restrictions. The movie was shot in and around Detroit including Grosse Pointe, Hamtramck, Pontiac and Bruce Township.

Movie Filming In Connecticut Is Now Looking For Extras

If you've always wanted to be a part of a major movie and get an inside look at how it's done, this may be your opportunity. Seems like the Stamford and New Canaan area has become Hollywood East recently, as a number of movies have been filming there. The latest is a film called The Noel Dairy, and if you've always dreamed about being in a movie this might be your shot.

TAMPA — The film industry rivalry between the Tampa Bay area and Savannah, Ga., has been pretty one-sided. Due to Georgia’s state production incentive and Florida’s lack of one, films written with stories playing out in this area have recreated Tampa Bay backdrops in Savannah and its surrounding area. Tampa...

AUSTIN, Texas — You may not know it, but scenes from some of your favorite movies and TV shows were shot in Bastrop. Bastrop shares a long history with Hollywood and has served as the location for at least 28 movies and series. It comes as no surprise then that...

Alright, let's admit it: North Dakota isn't strictly Hollywood. There haven't been many movies filmed here. After removing the documentaries about the state's current state of affairs, you're left with only these five. One of them is technically a documentary, but not about North Dakota. I find this surprising. The badlands would be an excellent backdrop for a western, wouldn't it? We also have a lot of picturesque small towns that are perfect for feel-good movies.

The Rock Is Ripped For Black Adam Movie Filming

Former WWE Champion Dwayne “The Rock” Johnson is preparing for a big week of filming for the Black Adam movie from DC Comics. Rock took to Instagram after some late night training and revealed that this is the week where he films the “champion” scenes for the Black Adam movie, where he has his shirt off. Rock noted that he’s been sticking to “extremely hard dieting, training and conditioning unlike any other role” of his entire career.

New Hampshire is far, far away from Hollywood (that's part of what we love about it!), but even movie stars love to come to visit The Granite State. As a result, some big-name movies have come out of this tiny state. Here are a few you may not have known about!

TAMPA, Fla. — Scott Mann spent 23 years in the United States Army, 18 of which he served as a Green Beret. In 2018, we shared the special operation veteran’s story as he prepared to launch his play Last Out: Elegy of a Green Beret. Last Out features a cast...

ST. PETERSBURG — Ed Goldberg shuffled between the rows of gravestones on Monday, his eyes searching. He swore he knew where his little brother, Daniel Goldberg, was laid to rest. He thought it was around here, in a section of Bay Pines National Cemetery shaded by sprawling oak tree branches.

The Most Popular Movie the Year You Were Born

Back in 1984, this movie about a group of paranormal scientists was all the rage and was one of the biggest films of the summer. Today, it's still iconic and even got a remake in 2016. Pulp Fiction brought huge success to Quentin Tarantino, who wrote and directed the movie,...

People from as far away as Enid, Wellington, Ks and Dallas were in Pawhuska on Tuesday afternoon to witness the filming of the upcoming film, “Killers of the Flower Moon.”. Early last week, filming had been taking place by the makeshift train depot, which is just south of the main highway that runs through town. At the time, crews were continuing to turn Kihekah Ave. into a movie set and were in the process of laying dirt along the street.

The Trailer Park: The Best New Movie Trailers of the Week from Space Jam: A New Legacy to tick, tick...BOOM!

It’s so easy to miss a AAA trailer these days, even with all the endless marketing build-up around teasers, pre-trailers (“in one day,” etc) and other forms of cinematic hype. A good trailer is an art form, one that is able to convey a movie’s plot, tone and style all while resisting that ever-present urge to score it to a slowed-down pop song. So here’s the Trailer Park, where we’re parking all the trailers you may have skipped, missed or want to revisit from the past week. Appreciate them. Nitpick them. Figure out if the movies they’re selling are actually going to be any good. That’s all part of the fun, after all.