Columbus Security Explains How to Protect Yourself During a Shooting 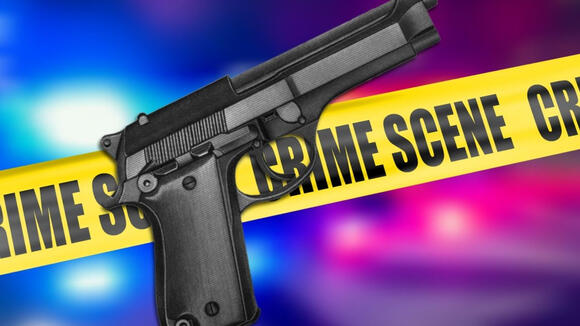 We’ve all heard the horror stories. It was just a normal day out. Maybe you were shopping at the mall, maybe out at the park, maybe busy studying in the school library. All of a sudden, you hear a sharp pop ring out, breaking the easy silence. Chaos ensues, people are running for their lives. You got out alive, but several people were injured. And one died.

Shootings are a serious problem in America, one that people are at a loss of how to remedy. The effects of being caught in a public shooting extend from the physical and into the psychological. Many people who experience the event have lasting anxiety that affects their day-to-day life. According to a study by the American Psychological Association, one third of adults say they are afraid to go to certain places for fear of reliving the event.

As a result, the members of Columbus security are giving people advice as to how to properly react to a shooting in a public setting. During a life-or-death situation, it’s common for many people to initially panic. Columbus Security Expert Dustin Randall states that

Randal states that the first course of action should be to get into cover if you can’t find an exit route, as well as to put as much distance between you and the shooter as possible.

Additionally, advances in technology are being made to track shooters while there is a shooting in progress. People with available cell phones will be able to keep track of where the shooter is at all times to better avoid them and find a safe exit route. Although this doesn’t reduce the risk of shootings happening, with these methods in place, we may be able to reduce the risk of casualties during shootings should the situation arise.

On Monday, June 7th, Columbus City Hall was drowned in orange light against the night sky. The orange, meant to symbolize lives lost to gun violence, appeared on the tail of National Gun Violence Awareness weekend.

Police in Columbus and other law enforcement in the Central Ohio area are working together to prevent continually rising teen crime. The current murder rates in Columbus are projected to surpass last year’s, and it has been found that many of the crimes involve teenage victims and perpetrators.

Ohio Calls for Action as Gun Violence is on the Rise

The Ohio Gun Violence Prevention Caucus calls for action, holding their first meeting after a weekend of four mass shootings, two of which occurred in Ohio. On Saturday, there was a shooting in Columbus, leaving one teen dead and seven others injured. On Sunday, a shooting in Youngstown left three people dead and at least three more injured.

Columbus Police Chief Candidates: Are they Suitable for the Job?

As Columbus narrows down its police chief candidates to the final four, questions are being raised about the ethics of one of the candidates, while some of the others show more promise. The four finalists for the job are Elaine Bryant, Derrick Diggs, Avery Moore and Ivonne Roman; however, this article will focus on Diggs and Roman.

Body Cameras Could Be the Key to Police Accountability

While most people will remember the year 2020 for the health crisis of COVID-19, the year was also one marked by a string of police brutality. The deaths of individuals such as Andre Hill and Ma’Khia Bryant at the hands of police officers have caused the public to question whether or not they can trust their own law enforcement.

Division Behind the Mask: The Political Climate of 2020

If I told you ten years ago that in 2020 the concept of wearing a mask would be something highly contested and scrutinized, I’m sure you wouldn’t believe me. There’s no way something as simple as wearing a mask could become something so politically divisive. Well, in the year 2020 the line was drawn in the sand.

Being a parent during COVID-19 has no doubt been an extremely stressful experience. You worry a lot about your child: what changes you’ll have to make to the budget, how being out of school will affect them, and whether or not they’re even safe playing with other children outside. For parents of immunocompromised children, these fears are only compounded.

AFRO – Moments before three guilty verdicts in the trial of disgraced former Minneapolis police officer Derek Chauvin came down and exaltation erupted across the country, in Columbus, Ohio 16-year old Ma’Khia Bryant was fighting for her life. It only took seconds for her to lose that fight. Millions have...

Ohio no longer requires fully vaccinated people to wear masks indoors in most situations, under a revised health order released late Monday afternoon. The revised order sets separate face covering and social distancing rules of people based on their vaccination status. The order will expire June 2, along with all other remaining health orders except those for nursing homes, assisted living facilities and data collection.

COLUMBUS, Ohio (WSYX) — Nearly three years after her family was caught in the crossfire of a shooting in a Columbus public park, Sophia Harrison is still afraid to return to the spot where shots rang out. “I don’t come back, I just don’t come back,” said Harrison who was...

CDC Says Proof of Vaccination is on the Honor System

With the CDC allowing those who are fully vaccinated the option to go into the world without their masks, the question of how hospitals, retailers, and businesses are going to prove that said people are vaccinated has been brought up. Doctors stated that it’s impossible to tell whether someone is vaccinated or not. As a result, they are leaving it to the honor system.

COLUMBUS— There’s a silent danger in Ohio that exists in our pipes, walls and furniture, poisoning children. Lead is a problem all over the map, but Cleveland is particularly impacted. A study released by the Center for Urban Poverty and Community Development in 2019 found that 93% of students in...

To mask or not to mask? Breaking down Ohio's mask mandate

COLUMBUS, Ohio (WSYX) — The state of Ohio is now following the CDC and lifting its mask mandate for vaccinated people in most indoor places. However, when June 2 comes, all health orders in Ohio will be lifted, meaning wearing a mask will be voluntary, vaccinated or not. Many still don’t know when or where they can ditch their mask.

COLUMBUS, Ohio — When the pandemic forced people to stay home, it halted daily physical activity for many. Now, with the world opening back up, people may be noticing some aches and pains from that lack of movement, especially pregnant women or new mothers. Molly Lyons and her husband, Brian,...

Ohio Covid-19 vaccine for kids: What parents need to know

COLUMBUS, Ohio (WJW) — Ohio Gov. Mike DeWine urged parents who are grappling with the decision to get their child age 12-18 vaccinated against COVID-19 to take a look at the facts. “Now that 12-year-olds and up can be vaccinated, we know that parents and their children have more questions,”...

Pastor of First Church of God Bishop Timothy Clarke says the $10 million city settlement with the family of Andre Hill can never replace him, but it does offer some benefit. “It isn’t the amount of money because no money will bring those persons back,” said Bishop Timothy Clarke. “But what it does say is that the life of a black person does have value.”

COLUMBUS, Ohio (WPTA21) - Ohio Gov. Mike DeWine on Monday announced that the residents will no longer be required to wear a mask in most settings, effective immediately. The change is part of an amended health order that follows new guidance from the Centers for Disease Control and Prevention. The...