3 Movies That Were Filmed in Oakland 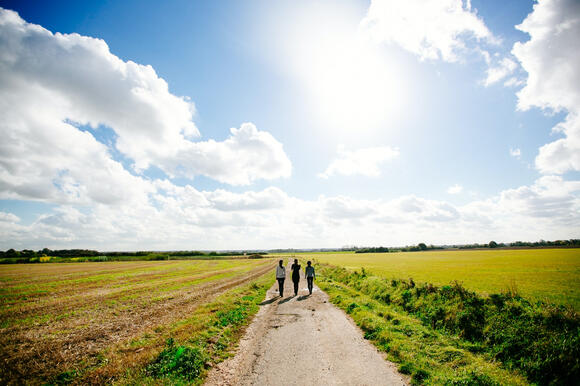 Located on the other side of the famous San Francisco bridge, the city of Oakland offers various destinations including bay views, lakes, Victorian houses, Chinatown, festive streets, and diverse dining experience from Korean to Mexican dishes. Oakland is definitely a must-visit tourist destination.

But that’s not all, Oakland is also popular among movie directors, making the city a place where most movies were filmed including these three:

You’ve probably shed a tear on this biography drama movie about a homeless salesman who struggles to begin a life-changing career as he takes custody of his son. Will Smith plays the character of Chris Gardner while his real-life son Jaden Smith plays Christopher Jr. The Pursuit of Happyness hits the worldwide box office, grossing over 5 times the movie’s initial budget.

Christopher Gardner falls into bankruptcy when his investment in a bone density scanner device did not go well. While Chris struggles to make ends meet, his wife leaves him with their young son and he loses his apartment. Without a home, Chris has no choice but to live on the streets with his son. Trying to change his career and even with a little chance for career advancement, Chris takes an unpaid internship in a stock exchange company while continuing to sell bone density scanners to stay afloat.

This movie inspires a lot of people and will make you believe that there is really a silver lining.

Captain America: The Winter Soldier is another Marvel movie starring the biggest names in Hollywood including Chris Evans and Scarlett Johansson. Based on Marvel Comics, this movie is a superhero film about Steve Rogers or also known as Captain America.

The story follows Steve Rogers as he wakes up after being frozen for decades and struggles to fit in the modern American culture. Steve then works as an agent of SHIELDS under its director, Nick Fury. However, when a mysterious organization called the Winters Soldier kills Nick, Steve launches an investigation which leads him to discovering the secret connection of SHIELDS and HYDRA, his old arch nemesis.

Falcon and Black Widow backs Steve as they try to defeat HYDRA and save the world.

Here comes another Marvel Cinematic Universe movie that you’ve probably watched or heard about. Ant-Man and the Wasp is an action, adventure, and comedy movie about Scott Lang who struggles to be a superhero and a father to his daughter. Directed by Peyton Reed, the movie receives 20 nominations and 1 win. The movie follows Ant-man and the Wasp as they fight side-by-side to reveal the secrets of their past.

The movie takes place after Captain America: Civil War where Hope and Dr. Pym confront Scott. With his doubts to come back as Ant-man, he is faced with an urgent mission that he cannot decline. Scott once again puts on his Ant-man suit and faces a super-powered evil Ghost who anticipates their every move.

When Scott succeeds in his fight, he immediately reunites with his daughter Cassie. As the movie comes to an end, Scott enters a Quantum Tunnel with the help of Hank and Janet. However, just as when Scott wants to go back into the real world, Thanos snapped his finger and vanished half of the population, including Hank and Janet, leaving Scott stuck at the Quantum Realm.

Did you already see these movies or do you know any other movie that was shot in Oakland? Let me know in the comments...

4 Movies and Short Films that were filmed in Streamwood

Streamwood is a village in Cook County, Illinois, United States. This was incorporated as a village in 1957. Streamwood was earlier known as Hoosier Grove and it was the home to many farmers. According to the United States Census of 2010, the estimated population of this was 39,858. It is the northwest suburb of Chicago and is a part of the Chicago Metropolitan Area.

4 Movies and Short Films that were filmed in Tinley Park

Tinley Park is a village located in Cook County, Illinois, United States, with a small portion in Will County. According to the United States Census of 2010, the estimated population of this city was 56,703. It is considered to be one of the fastest-growing suburbs southwest of Chicago. In 2009, Tinley Park was selected by Businessweek as the best place to raise a family in America. In 2017, Tinley Park was listed as one of the 50 safest cities in America.

5 Most Dangerous Areas in Los Angeles

Los Angeles is the biggest city in California, formally known as the City of Los Angeles and shortened as L.A. It is the second-largest metropolis in the United States, after New York City, and the third-largest city in North America, after Mexico City and New York City, with a population of almost 4 million. Los Angeles is recognized for its Mediterranean climate, ethnic and cultural variety, the entertainment sector in Hollywood, and its large metropolitan region.

California is one of the most prosperous places in the USA. It is the home of many beautiful tourist attractions and many tourists visit it every day. Rooftop bars are always in great demand and bring a lot of people with an extra nice ambiance. If you are curious as to what are the top 5 rooftop bars where you can chill in California, we have got you covered.