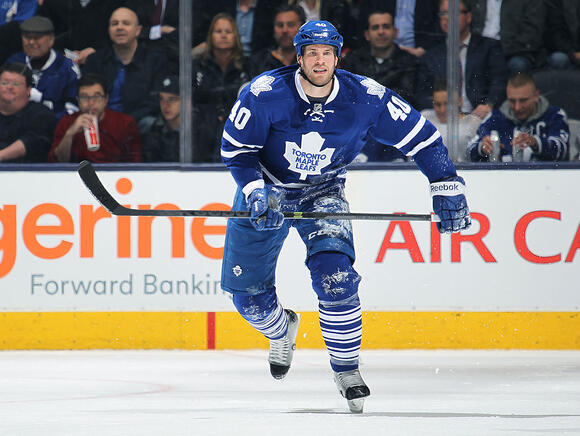 SEATTLE — The Seattle Kraken announced that it has hired Troy Bodie, 36, as its director of hockey and business operations, Palm Springs, California, according to Friday’s release.

“Troy brings hockey experience to our organization as both a former player and having spent the last six seasons as both an NHL pro scout and director of scouting,” said Seattle Kraken General Manager Ron Francis. “He is a strong addition to our staff as we build out our franchises in both Seattle and Palm Springs.”

For the past three years, Bodie has served as the director of pro scouting with the Toronto Maple Leafs, and three seasons as a pro scout with them.

Bodie will build Seattle’s American Hockey League franchise in Palm Springs, which is expected to begin play in the 2022-23 AHL season.

Bodie will work closely with the hockey operations staff in Seattle and devote his time to the business side in California.

Bodie also played eight seasons in the AHL, and played four seasons with Kelowna of the Western Hockey League, winning the WHL championship in 2003 and 2005, and capturing the Memorial Cup in 2004.

A couple of Bruins’ castaways have found a home north of the border with the same Atlantic Division rival. After the Toronto Maple Leafs — often road-blocked by the B’s over the past decade — signed Ondrej Kase, 25, to a one-year deal worth $1.25 million on Friday, the Leafs followed it up by inking Nick Ritchie, 25, to a two-year deal worth $2.25 million a season on Saturday.

The Boston Bruins and general manager Don Sweeney announced a trade on Monday. The team has acquired defenseman James Greenway and his signing rights from the Toronto Maple Leafs. In return the Leafs will receive "future considerations". Green was drafted in the third round of the 2016 NHL Draft and...

Ryan Ellis went to the Flyers in a three-way trade that sent Nolan Patrick to the Golden Knights and Cody Glass and Philippe Myers to the Predators. Jason Dickinson moved to Vancouver, Andrew Ladd’s contract landed in Arizona, Brett Howden headed to Vegas, and the rights to Barclay Goodrow went to New York. We even learned that Carey Price and Vladimir Tarasenko were exposed in the expansion draft.

Well it looks like things are beginning to heat up in Toronto Maple Leafs Land. With the Seattle Kraken Expansion draft looming (July 21st), the Toronto Maple Leafs picked up forward Jared McCann from the Pittsburgh Penguins Saturday in exchange for prospect Filip Hallander (previously acquired from Pittsburgh in the Kasperi Kapanen trade) and a 2023 7th-round pick.

The Seattle Kraken selected newly acquired Toronto Maple Leafs forward Jared McCann during Wednesday's expansion draft, the team announced. The Leafs traded a seventh-round pick and prospect Filip Hallander to the Pittsburgh Penguins for McCann before teams had to solidify their protected lists on July 17. The move allowed the Leafs to prevent other roster pieces from being selected, Seravalli added.

Maple Leafs Should Make Side Deal With Kraken to Protect Forwards

The Toronto Maple Leafs submitted their protection list ahead of the Seattle Kraken expansion draft, and it was interesting, to say the least. The team decided to protect eight skaters and one goaltender, which left forwards Alexander Kerfoot and newly acquired Jared McCann available. Now it’s time to get creative, and the Maple Leafs should be considering a side deal with the Kraken to sway them to select defenseman Travis Dermott.

Zach Hyman #11 of the Toronto Maple Leafs skates against the Montreal Canadiens during an NHL game at Scotiabank Arena on April 7, 2021 in Toronto, Ontario, Canada. The Maple Leafs defeated the Canadiens 3-2. (Photo by Claus Andersen/Getty Images) Money Can’t Buy Everything, but for Zach Hyman, it may...

The Toronto Maple Leafs have plucked one of the top coaches from the AHL ranks to take over their vacancy at assistant coach. The team has announced that Hershey Bears head coach Spencer Carbery has been hired to join Sheldon Keefe’s staff. Carbery replaces Dave Hakstol, who left to become the inaugural head coach of the Seattle Kraken.

SUNRISE, FLORIDA - FEBRUARY 27: Travis Dermott #23 of the Toronto Maple Leafs looks on against the Florida Panthers during the second period at BB&T Center on February 27, 2020 in Sunrise, Florida. (Photo by Michael Reaves/Getty Images) The Toronto Maple Leafs, along with the rest of the NHL (except...

TORONTO, ON - FEBRUARY 11: Christian Dvorak #18 of the Arizona Coyotes looks for a puck to tip between Jack Campbell #36 and Jake Muzzin #8 of the Toronto Maple Leafs during an NHL game at Scotiabank Arena on February 11, 2020 in Toronto, Ontario, Canada. (Photo by Claus Andersen/Getty Images)

After much speculation, the Seattle Kraken selected Toronto Maple Leafs fan-favourite Jared McCann over Alex Kerfoot in the Expansion Draft yesterday. Many Toronto Maple Leafs fans wanted Seattle to draft anyone but McCann, after they recently acquired him from the Pittsburgh Penguins last week. Although he’d never played a game in Toronto, fans looked at him as a great option to replace Kerfoot for cheaper, or to be a top-six winger who can score 20 goals a season.

In today’s NHL rumors rundown, there are reports as to why the Toronto Maple Leafs went out and traded for Jared McCann, plus how it affects their NHL Expansion Draft strategy. Meanwhile, new reports regarding Adam Larsson suggest he’s not likely to re-sign with the Edmonton Oilers. Speculation is that Nick Foligno is headed to the Minnesota Wild and there is more new surfacing about Carey Price, the Montreal Canadiens and the Seattle Kraken.

It’s hard to know who the Toronto Maple Leafs want the Seattle Kraken to take during the expansion draft coming up in three-days time. Will it be Alexander Kerfoot or will it be newly-acquired Jared McCann (from the Pittsburgh Penguins)? Obviously, there are a number of other players the Kraken might choose from the Maple Leafs’ list of unprotected players, but really one of these two players is likely not going to be on Toronto’s roster next season.

PITTSBURGH, PA - OCTOBER 08: Jared McCann #19 of the Pittsburgh Penguins skates with the puck in the first period during the game against the Winnipeg Jets at PPG PAINTS Arena on October 8, 2019 in Pittsburgh, Pennsylvania. (Photo by Justin Berl/Getty Images) The Toronto Maple Leafs were set to...