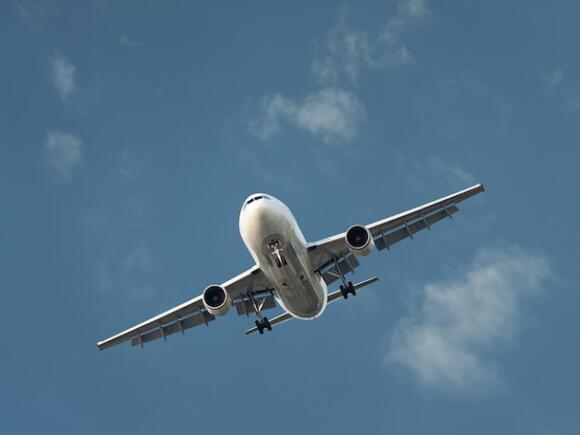 NORFOLK, Va. – A new airway is coming to Norfolk International Airport and it will create 116 new jobs.

All employees, which will include airline crew and aircraft maintenance workers, will remain local.

Norfolk will be one of Breeze Airways’ first four operations bases in the United States. The airline also plans to offer flights out of Richmond International Airport.

The company plans to offer flights beginning in June 2021.

“Aviation has long been ingrained in the Hampton Roads economy, and the arrival of Breeze Airways is another sign of this region’s growing position as a commercial flight hub,” said Governor Northam. “The post-pandemic world will offer increasing opportunities for travel and tourism, and the addition of this new low-cost carrier at Norfolk International Airport will be a catalyst for economic growth, welcoming visitors to our Commonwealth with convenient, nonstop service to often overlooked markets. We are honored that Breeze Airways has selected Virginia as one of its first domestic locations and look forward to building a strong and successful partnership with the company.”

Headquartered in Salt Lake City, Utah, Breeze Airways is a start-up airline established by David Neeleman, a founder of multiple airlines, including JetBlue, Northam’s office said. Its targets include inbound travel, local leisure and business travel, and millennial travelers. Breeze Airways will operate mostly in markets in which no other airlines currently compete. Additional information about Friday’s announcement is available at flybreeze.com [r20.rs6.net].

“The City of Norfolk and Hampton Roads provide fertile ground for a new, niche airline like Breeze Airways,” said Secretary of Commerce and Trade Brian Ball. “Norfolk International Airport will be a prime launch point to reach the company’s growing customer base and provide more travel options for Virginians, and we are confident that Breeze Airways will find success in the Commonwealth.”

The Virginia Economic Development Partnership worked with the City of Norfolk, Norfolk Airport Authority, Virginia Department of Aviation, Hampton Roads Alliance, Hampton Roads Workforce Council, VisitNorfolk, and Virginia Tourism Corporation to secure the project for the Commonwealth. Governor Northam approved a $400,000 grant from the Commonwealth’s Opportunity Fund to assist the City of Norfolk with the project. The company is also eligible to receive benefits from the Major Business Facility Job Tax Credit for new, full-time jobs created.

The project will start this August and end in November 2022. Lyon Shipyard is actively hiring welders, electricians, painters, contractors and much more with a starting pay of $26 an hour.

The sculpture celebrates the miracle of flight and Norfolk, a place blue herons call home.

Ship repair facility to create over 100 jobs in Norfolk

A ship repair facility is coming to the Norfolk area and is set to bring over 100 jobs.

In Virginia, Richmond and Arlington made the 2020 top 25 Dog Attack Rankings by City and Virginia made the top 10 states with dog bites.

Virginia Beach citizens are being asked to help shape the Flood Protection Program by completing a survey. It includes existing and proposed initiatives as well as funding options.

Gov. Northam is announcing a program called Return to Earn on Friday afternoon at the Oceanfront.

Her final destination is Virginia Beach, ending at the Atlantic Ocean and she's nearing the finish line.

A recycling center that services the Tidewater area released a PSA to encourage people to stop recycling batteries and other fire hazards. The message comes after four fires broke out at the plant and inside its trucks in the last six months.

Over the years, they have collected, sampled and studied nearly 260,000 ticks from 12 sites across Hampton Roads and the Eastern Shore.

3 things to do this weekend in Hampton Roads

HAMPTON ROADS, Va. - Now that the weather is warm and there are more events happening around Hampton Roads due to COVID-19 restrictions being lifted, we are sharing some fun ideas for your weekend.

Power List: What makes someone a powerhouse in Hampton Roads?

The Power List is our way of saluting people at the heart of the Hampton Roads economy. We all benefit from the work of the esteemed members of our Emeritus List, the Top 10 and the 75 other movers and shakers noted in this issue. This year’s Top 10 is organized in a new way. The traditional numerical ranking has its merits, but nuance isn’t one of them. Instead, we are presenting the Top 10 ...

Vaccinations are up and COVID-19 cases are down. 13News Now Dan Kennedy spells out the latest coronavirus data in Hampton Roads and Virginia as of May 17, 2021.

As executive director of 757 Angels, Monique Adams has guided more than 140 Hampton Roads leaders who advise and mentor startup and early-stage companies. More than $75 million has been invested in regional and state businesses since the nonprofit’s inception in 2015. Its biggest year was in 2019, with $15 million invested in 11 companies. Not only has Adams’ leadership resulted in similar organizations in the community, it has also created jobs and inspired diversity on several levels. Adams serves on regional boards including Reinvent Hampton Roads, Hampton Roads Biomedical Research Collaborative and Old Dominion Athletic Foundation and statewide for Riverflow Capital Growth Fund and the Virginia Innovation Partnership Authority. She is a 757 Champion for the 757 Recovery & Resilience Action Framework campaign.

RICHMOND, Va. (WWBT) - As the Commonwealth starts to ease back into pre-pandemic life, many industries are being hit hard as they struggle to rehire and fill positions. The Virginia restaurant and hospitality industry is hoping to help through training and job fairs. “If the restaurant or hotel is not...

With just 3.5% of standard nasal swab tests coming back positive for the coronavirus last week, Virginia is experiencing its lowest rate of new infections since the pandemic arrived. The seven-day average for new daily cases was 555 as of Friday, the lowest statewide in over 10 months. And Virginia just recorded its lowest tally of new coronavirus hospitalizations at 684. The steep decline is ...

All the people on this emeritus list are still engaged, but their tenure in our community is not only implicit, it’s a valuable ongoing contribution. Vinod Agarwal, director of ODU’s Economic Forecasting Project. G. Robert Aston Jr., executive chairman of TowneBank. Charles Barker, president and CEO of Charles Barker Automotive.

Auto-IRA programs are one tool to build a nest egg

RICHMOND, Va. (WDBJ) - Virginia’s top finance official says there is positive news in the state’s latest economic reports, but also cause for concern. On Monday, Secretary of Finance Aubrey Layne noted state revenues were up more than 40 percent in April over the same period a year ago. And...