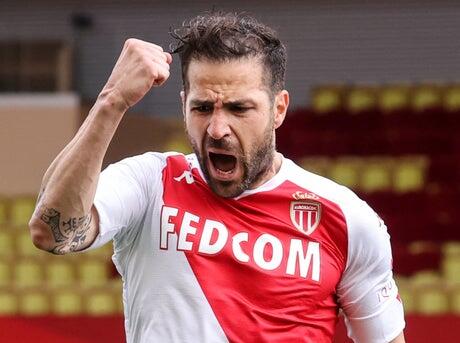 The BBC has announced its team of pundits for this summer’s rescheduled Euro 2020 , with Cesc Fabregas a notable inclusion.

The Monaco midfielder, who previously played for Arsenal, Chelsea and Barcelona, won Euro 2008, the 2010 World Cup and Euro 2012 with Spain.

Also part of the BBC’s punditry team will be former England striker Gary Lineker , Gabby Logan and Alex Scott – the ex-England Women and Arsenal defender who was recently announced as the new host of Football Focus .

Lineker will not be the only former England men’s international involved, with Rio Ferdinand , Micah Richards , Alan Shearer and Jermaine Jenas all named in the BBC’s set-up.

Jurgen Klinsmann ’s considerable experience in international football will also be called upon. The German played for and coached his country’s national team as well as managing the United States.

At club level, Klinsmann also coached Bayern Munich, whom he represented during his playing career as a striker. The 56-year-old also stepped out for Tottenham, Inter Milan and Monaco, among other teams.

Former Wales internationals Ashley Williams and Mark Hughes – who also coached the national side – are also on board, as are James McFadden and Shelley Kerr .

Kerr played for Scotland’s women’s team and coached them from 2017 until last year. She is now the English Football Association’s technical lead for the women’s national teams.

Former Everton and Sunderland forward McFadden, meanwhile, played for Scotland before serving as assistant coach from 2018 to 2019.

Former France international Thierry Henry was also set to be involved but stepped down as it was confirmed he would return to the Belgium coaching team .

Henry served as second assistant to manager Roberto Martinez during Belgium’s run to the semi-finals at the 2018 World Cup.

Henry, Arsenal’s all-time leading scorer, was then promoted to Martinez’s No 2 before he became the manager of Monaco in October of the same year.

It is an imperfect 10 for Erik ten Hag. Tuesday marked the six-month anniversary of his first game as Manchester United manager and he has had only seen 10 goals from his specialist strikers. One was against Omonia Nicosia, two against Sheriff Tiraspol, three against Nottingham Forest. Only four were in the Premier League.In a different era, when Sir Alex Ferguson invariably played two up front, his fearsome foursome of centre-forwards scored 76 times in 1998/99. Playing as a lone striker, Ruud van Nistelrooy got 44 on his own in 2002/03. Even last season, Cristiano Ronaldo mustered 24.None of...
5 HOURS AGO
The Independent

Erik ten Hag is content to be patient with both Anthony Martial and Wout Weghorst.Martial is sidelined again by another injury, this time to his hip. He has made only 14 appearances in all competitions this season for Manchester United and is yet to play a full game.The Frenchman spent the second half of last season on loan at Sevilla but failed to impress, with injuries once again a problem. View this post on Instagram A post shared by Anthony Martial (@martial_9)Ten...
5 HOURS AGO
The Independent

Vincent Kompany watched Nathan Tella’s brace fire Burnley into the last 16 of the FA Cup and then joked he had hidden his phone during January to ensure there was no danger of the forward being recalled by Southampton.Tella scored after just 46 seconds of Tuesday night’s fourth round replay against Ipswich, but Burnley needed his second in stoppage time to see off the Tractor Boys, who had levelled through George Hirst only three minutes into the match, 2-1.The goals were Tella’s 10th and 11th of the season for Burnley, the sort of production goal-shy Southampton might be able to...
4 HOURS AGO
The Independent

Marco Silva “wants more” from his Fulham side despite them sitting eighth in the Premier League and facing Sunderland in an FA Cup fourth-round replay.The newly promoted Cottagers held Chelsea to a goalless Premier League draw at Stamford Bridge last Friday and have avoided any risk of relegation so far, sitting above the likes of the Blues and Liverpool as Silva looks to build on a positive first half of the season.Silva said: “We want more, we always want more. We had a very good game last Friday, we analysed the game against a very good side and I think...
5 HOURS AGO
The Independent

Wales defence coach Mike Forshaw acknowledged the impact Shaun Edwards has made on him but insists he will do the job his own way.Forshaw’s fellow Wiganer enjoyed sustained success with Wales in the same role that Forshaw now has.The current France defence specialist played a key part in Wales winning four Six Nations titles, three Grand Slams and reaching two World Cup semi-finals during Warren Gatland’s first stint as Wales boss between 2008 and 2019.Forshaw and Edwards played in Wigan’s 1991 World Club Challenge victory over Penrith Panthers at Anfield, with both of them enjoying long rugby league careers.“On January...
5 HOURS AGO
The Independent

FA Cup dream over for Wrexham and its Hollywood owners

For Wrexham’s Hollywood owners, the sequel proved to be a heartbreaker.The Welsh soccer club owned by celebrities Ryan Reynolds and Rob McElhenney lost its FA Cup replay with Sheffield United 3-1 on Tuesday, conceding two goals deep into stoppage time.A win for Wrexham, the lowest-ranked team remaining in the famous old competition, would have set up a match in the fifth round — or the last 16 — with Tottenham and star striker Harry Kane.Instead, it was despair for the team from the fifth tier of English soccer which has hit the headlines over the last two years after it...
5 HOURS AGO
The Independent

Sir Mo Farah has become a Patron of the Bakhita Centre for Research on Slavery, Exploitation and Abuse at St Mary’s University, Twickenham.The four-time Olympic champion, who is Britain’s most successful track athlete, revealed in a BBC documentary during July last year how he was brought to the UK from Somalia illegally, having assumed the name of another child, after his father was killed in the civil war.He was later helped to obtain UK citizenship by his school PE teacher Alan Watkinson, while still using the name Mohamed Farah. View this post on...
3 HOURS AGO