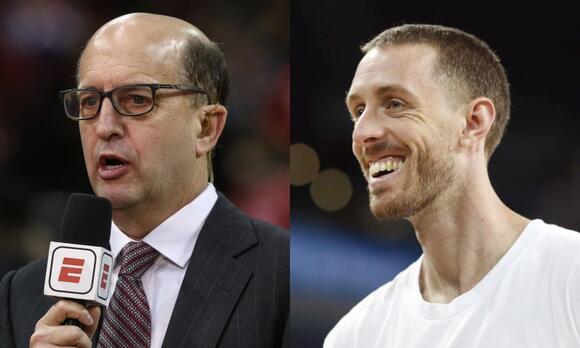 LOUISVILLE, Ky. - As the Louisville men's basketball program progressed into the offseason, head coach Chris Mack made some tough decisions to make. The Cardinals had just come off a 13-7 campaign in the 2020-21 season, missing the NCAA Tournament by a razor thin margin.

In order to bring the program back to where it can remain competitive, Mack decided a coaching staff shakeup was in order. Just three days after Selection Sunday, Mack informed assistant coaches Dino Gaudio and Luke Murray would not have their contracts renewed for next season.

While director of basketball operations Kahil Fennell was not formally promoted into one of the two vacant assistant roles until late April, he had long been rumored to receive said promotion. In essence, Mack was only really looking one replacement assistant.

Mack took his time looking for a replacement, in part because he could not actually bring one on until Gaudio & Murray's contracts expired on Apr. 30. About two and a half weeks later, the program formally announced that they had hired Ross McMains as their final assistant.

It's not hard to understand why Mack wanted to bring on the 32-year-old McMains when you look at his resume. He has a plethora of experience, having worked in the NBA, G League, and overseas. He has developed a reputation as an offensive tactician, as well as a master in player development.

But it's not like he is a hot name throughout the college basketball ranks, so just how did McMains get on Mack's radar? Well, as it turns out, the story of how McMains landed in the Derby City is just as intriguing as his background.

As the offseason began, Mack began to participate in zoom calls with coaches almost every Saturday to just talk X's and O's. Guys like Sean and Archie Miller, Brad Brownell, as well as other coaches in the ACC were mainstays in these zoom meetings.

Another coach who would also join in was former New York Knicks & Houston Rockets, and current ESPN analyst, head coach Jeff Van Gundy. During one call, Van Gundy got to talking his experience coaching the U.S. Men's National Team during the 2019 FIBA World Cup qualifiers.

"He started talking offense, and he could not rave any more about New Zealand, and said that if you had the opportunity to watch New Zealand, you should do it," Mack said. "Get on your synergy account, watch as much offensive tape as you can of New Zealand, because he was convinced that was as good as offense as he's seen, internationally, during his time."

So of course, Mack obliged, and was intrigued by the concepts. The ball always moved around, and players almost always never stopped moving. One of the assistants for the New Zealand national team was none other than Ross McMains.

Mack started doing a bit more research into McMains, and discovered that he was largely responsible for everything that Jeff Van Gundy had seen just a few years prior. Mack reached out, McMains would eventually come visit campus, and the rest is history.

As much as Jeff Van Gundy, oddly enough, played a role in getting McMains to Louisville, COVID-19, as with many other staples of life, did as well. Prior to the pandemic, on top of his duties as an assistant with the NZNT, McMains was also an assistant with the Australian NBL's Melbourne United.

McMains wrapped up the 2019-20 season with Melbourne, then came back to his home in Santa Barbara in March of 2020. He was preparing for his usual summer pre-draft routine such as offseason workouts, and an eventual return to Melbourne for the 2020-21 season. Then COVID hit.

"With how stuff played out with COVID, I ended up deciding not to go back to Melbourne, and pre draft got pushed back, and I ended up being back here in Santa Barbara for a period of time, and not being with the team this season," McMains said. "The basketball world is a small world, and you build different connections, you get to meet different people and stuff."

It's unclear if McMains would have accepted Louisville's offer had he still been an assistant at Melbourne, but at the least, the program can certainly thank Jeff Van Gundy leading him to the Derby City.

LOUISVILLE, Ky. - It might be scheduled roughly one month later in the year than it normally is, but 2021 NBA Draft week is finally here. When the draft gets underway on Thursday, Jul. 29 at 8:00 p.m. EST on ABC and ESPN, a couple Louisville men's basketball players are hoping to hear their name called.

LOUISVILLE, Ky. - The Atlantic Coast Conference announced Monday that the Louisville football program has been picked to finish sixth in the 2021 Atlantic Division race, according to a preseason poll of 147 media across the league. The Cardinals garnered 462 points in the poll, only ahead of Syracuse’s 202...

What Does Conference Realignment Mean For Louisville?

LOUISVILLE, Ky. - The wheels of conference realignment are turning yet again. On Wednesday, the Houston Chronicle reported that Texas and Oklahoma - the two founding members of the Big 12 Conference - had reached out to the Southeastern Conference regarding joining the league. By Friday, those wheels had spun into hyperdrive, as 247Sports reported that both schools would indeed leave the Big 12 for the SEC.

LOUISVILLE, Ky. - With the news of Texas and Oklahoma’s intended departure from the Big 12 to join the SEC, the collegiate athletics landscape is careening towards a whirlwind round of conference realignment. The Big 12 has entertained merging with the PAC-12, several Big 12 schools have already had preliminary talks with other conferences, and the AAC is hellbent on poaching the Big 12’s leftovers.

LOUISVILLE, Ky. - The Atlantic Coast Conference held their annual Media Days earlier this week, and you can imagine, the Louisville football program was present and had plenty to discuss regarding the upcoming season. Below are some of the more impactful takeaways points over the course of the two-day event...

LOUISVILLE, Ky. - With the 2021 college football season just around the corner, the folks over at SI All-American are continuing to evaluate the top prospects from the Class of 2022. Ahead of the release of their SI99, which ranks the top 99 prospects in the class, they have steadily releasing their watch lists for each position.

MILWAUKEE - Former Louisville men's basketball star Jordan Nwora is now an NBA Champion. Matched up against the Phoenix Suns in the NBA Finals, his Milwaukee Bucks overcame an 0-2 series deficit, culminating in a 105-98 win on Tuesday night, clinching the best-of-seven series in six games after firing off four consecutive wins.

LOUISVILLE, Ky. - With the 2021 season opener vs. Ole Miss down in Atlanta less than 50 days away, we now have an answer as to who will start for the Cardinals. Ahead of the 2021 ACC Media Days, the University of Louisville football program released their 2021 Media Guide, which included their preseason depth chart.

LOUISVILLE, Ky. - One of the first signs that college football is almost back are the unveiling of preseason depth charts. With the season roughly one month away, Louisville finally released theirs earlier this week. At face value, it serves as an indicator as to who will start week one...

LOUISVILLE, Ky. - In the first three years of his collegiate career, Louisville wide receiver Tyler Harrell did not see the field much. He found himself buried on the depth chart, appearing in just two games for both the 2018 and 2019 seasons, before not seeing game action in 2020. In fact, the only offensive stats to his name are a pair of receptions for 36 yards, all coming in Louisville's 2018 blowout 66-31 loss to Georgia Tech.

LOUISVILLE, Ky. - Summer workouts are nearing the end across college football, and the 2021 season is roughly one and half months away. With the upcoming season in the horizon, Louisville wide receiver Tyler Harrell took some time to meet with the media. He discussed the return to a normal...

Cards in the WNBA: 2021 Midseason Update

LOUISVILLE, Ky. - The 2021 WNBA All-Star Game now in the rear view mirror, and the second half of 2021 WNBA season is set to begin. In the first half, several former Louisville women's basketball players make an impact across the association. As of Jul. 18, there have been four former Cardinals play in a WNBA regular season game this year: Dana Evans, Myisha Hines-Allen, Jazmine Jones and Kylee Shook.

LAFAYETTE, La. - Despite a slow start on the recruiting trail in the 2022 cycle, the Louisville football program has been picking up steam. After not landing their first commitment in the Class of 2022 until late April, the Cardinals had a stretch in which they secured four verbal pledges in last two and a half weeks.

Is Russ Smith Finally Getting His Jersey Number Retired?

LOUISVILLE, Ky. - Ever since Russ Smith completed his eligibility with the Louisville men’s basketball program following the 2013-14 season, fans have been clamoring to have his No. 2 jersey permanently retired. If a cryptic tweet from Louisville athletic director Vince Tyra is to be believed, it seems that it...

LOUISVILLE, Ky. - Any hope that the Louisville men's basketball program had left of landing Marcus Carr can now be thrown out the window. According to a report from 247Sports' Nick Harris, the Minnesota grad transfer has cancelled his visit to campus, and is "locked in" to Texas should he opt for the college route. He is also considering starting he professional career, and heading to the National Basketball League in Australia.

What Sydney Curry Brings to Louisville

LOUISVILLE, Ky. - It has been a busy offseason for the Louisville men's basketball program. To make up for the influx of players departing due to the NBA, transfer portal of graduation, the Cardinals brought in six high quality newcomers. Even with the talent arriving and talent remaining, there were...

Satterfield Optimistic Regarding Louisville's Play in the Trenches

LOUISVILLE, Ky. - Heading into the 2021 season, it's safe to say there are a fair amount of question marks regarding the Louisville football program. Can they improve upon their ghastly turnover margin? How will the offense fare in the wake of losing Atwell, Fitzpatrick and Hawkins? Will Malik Cunningham return to form?

LOUISVILLE, Ky. - Following a 2020-21 season which saw them miss the NCAA Tournament by a razor-thin margin, the Louisville men's basketball program has been extremely busy with roster management this offseason in order to return to the Big Dance. As a result, the Cardinals are starting to improve their...