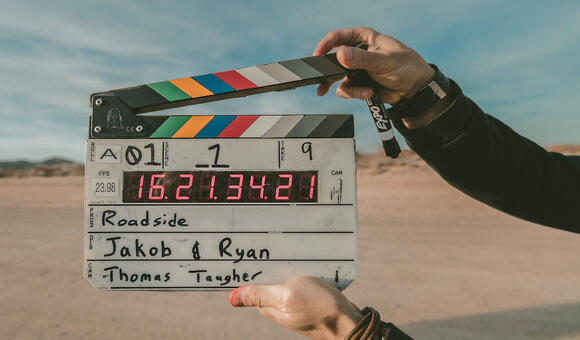 San Diego is known for its pleasant environment, Sandy beaches, and a bevy of global family attractions. San Diego is also well-known for being the host of several famous movies including Thor, Gun Man, and transformers. This place offers a lot of attraction to its natives and tourists.

Here we discuss some of the all times favorite movies, filmed in San Diego.

Thor, which was released on May 6, 2011, is a fantastic film based on characters from comic books. In this movie, Thor (Chris Hemsworth) is expelled to Earth by his father, Odin, the King of Asgard, to live with humans. Thor is a strong yet stubborn warrior who was sent to Earth to live among mortals and become one of their best defenders.

Thor met and fell in love with Jane Foster, a scientist who teaches Thor valuable lessons. When a villain from his empire sends dark powers against Earth, and his newfound power comes into play.

From beginning to end, this movie's script is flawless. Thor, his motives, and his influence are brilliantly depicted. When it comes to acting, Chris Hemsworth as Thor is incredible and holds the film from beginning to end on his back. No doubt he is a superstar.

Transformers, which was released on July 3, 2007, is a visually beautiful film with excellent editing. Transformers is a Science fiction action film series that started in the 1980s and is based on the Transformers game. All comes down to an intense fight between the Transformers and the Decepticons, directed by Michael Bay. This film depicts a long-ago battle between two Cybertronian groups, the courageous Autobus and the villainous Decepticons.

In this movie, Shia LaBeouf is a great lead role making it even more worthwhile.

Aside from being a top-notch action film, it also has a strong sense of humor, making the film enjoyable for the viewer.

The X-Files is an American science fiction drama created by Chris Carter that is widely regarded as one of the best dramas ever. This show aired for nine seasons and 202 episodes. The tenth season was a little short, but following its popularity, the eleventh season debuted on January 3, 2018.

In these shows, two FBI agents, Fox Mulder and Dana Scully work in the X-Files, an unsorted section of the division that investigates cases involving unexplained paranormal phenomena. Mulder, a true believer, and Scully, a skeptic, approach their cases from scientific and paranormal perspectives.

It was made more interesting by the Gothic scenery, woodland, fog, darkness, snow, and desert. There's a love that spans the world, heroes, diplomats, true evil, a father-son disaster, and an absolutely fantastic conspiracy. This is a thought-provoking and exciting look into the human imagination, as well as an epic film sequence.

The show has some fantastic episodes that deal with unexplained conspiracies. Mulder and Scully, in particular, have fantastic chemistry. It isn't as amazing as it was a few years ago, but it is still much superior to most current shows. Many episodes have recently dealt with the alien conspiracy, but the interesting part is that not everything is explained, leaving the door open for future episodes.

The X-Files is a very admirable show.

Do you know any other movies that were shot in San Diego? If yes, let us know in the comments!

(SAN DIEGO, CA) The news in San Diego never sleeps, and we’ve got you covered with daily updates. Catch up on what’s trending in your community. For more stories like these, click here.

4 Movies that were filmed in Elgin

Elgin is a city in Cook and Kane counties in the northern part of the U.S. state of Illinois. It lies along the Fox River. As of 2019, the city had an estimated population of 110,849, making it the eighth-largest city in Illinois. Early Elgin achieved fame for the butter and dairy goods it sold to the city of Chicago. Elgin has a long tradition of education and invention.

3 movies that were filmed in Flower Mound

A small town that has gotten its name due to an unusually large amount of wildflowers that grew on its lands in the ‘80s and the huge mound that is located in the middle of the city.

We’re all about those pins, and no one brings better ones to San Diego Comic-Con than YESTERDAYS. Will they be able to top last year’s hottest convention exclusive? Only time will tell, but if anyone can do it, it’s YESTERDAYS. This year, they’ve got more exclusive pins and t-shirts for [email protected] 2021. You can even start the festivities early, as their SDCC exclusives are launching on Thursday, June 24 at 9AM PT for a presale, including a tribute to the San Diego Convention Center that’s already on our “must buy” list.

5 Most Dangerous Areas in San Diego

San Diego is a city in the United States' state of California, located on the Pacific Ocean's coast and close to the Mexican border. San Diego is the eighth-most populous city in the United States and the second-most populous in California after Los Angeles, with an estimated population of 1,423,851 as of July 1, 2019. With 3,338,330 projected people as of 2019, the city is the county headquarters of San Diego County, the sixth most populated county in the United States. The city is recognized for its warm year-round temperature, natural deep-water harbor, large beaches and parks, long military ties, and current rise as a healthcare and biotechnology research hub.

SAN DIEGO — Many musicians will tell you; they can sing about issues in their life that are often too tough to talk about. In this Zevely Zone, I went to Studio West in Rancho Bernardo to meet a talented teenager. Raised an hour south of London in Hampshire, Pip Lewis moved to San Diego seven years ago. The 18-year-old British songwriter not only has a beautiful voice but her lyrics and her inner voice is filled with a meaningful message about mental health.

Due to the extended heat, a Flex Alert was issued pleading for Californians to conserve energy on Friday. Near seasonal temps will return next week.

X-STEM is an Extreme STEM symposium for middle through high school students featuring interactive presentations by an exclusive group of visionaries who aim to empower and inspire kids about careers in science, technology, engineering, and mathematics. These STEM role models and industry leaders are sure to ignite your students’ curiosity through storytelling and live demonstrations.

BAE Systems has received a $90.2 million contract from the U.S. Navy for the maintenance and modernization of the amphibious transport dock USS San Diego (LPD 22). The value of the competitively awarded contract could reach $104.8 million if all options are exercised. This press release features multimedia. View the...

Stocking: The next stocking of 1,000 pounds of catfish is this week! We will stock a total of 10,000 pounds this season. For an updated stocking schedule, click HERE. What's the catch? Bass were hitting on plastics and Kastmasters this weekend. Half Moon Cove and Siesta Cove were the top producing locations. Bluegill were biting on nightcrawlers from the campground shoreline on Saturday. The catfish bite was strongest first thing in the morning and after sunset. Boats were reeling in limits near the buoy line and Shadow Cove. Please remember a full size lantern is required after 8:00 p.m. Not having any luck fishing from shore? The T-dock is perfect for casting into a variety of depths and all species of fish are regularly caught there.

Top things to do in San Diego

San Diego bursts with world-famous attractions for the entire family, including the zoo and the museums of Balboa Park. Then there's the excellent seafood, a buzzing Downtown and beautiful hikes for all. Plus, more than 60 beaches and the USA's most perfect weather. To help you compile your vacation hit...

SAN DIEGO — Jennifer Rocha wanted to celebrate her bachelor’s degree in sociology from UC San Diego with a photo shoot, but instead of run-of-the-mill graduation pictures, she decided to honor her parents and the sacrifices they made for her. That’s why, on a sunny May afternoon, 21-year-old Rocha donned...

CAL ISO Shares Flex Alert Tips For Staying Cool, Preserving Energy. Across San Diego County restrictions were lifted and people are starting to unmask. The full economy reopening happened just ahead of the official start of the summer this weekend. On Wednesday, the Mission beach boardwalk saw crowds that gave nostalgia to a pre-2020 San Diego summer day.

4 Movies and Short Films that were filmed in Tinley Park

Tinley Park is a village located in Cook County, Illinois, United States, with a small portion in Will County. According to the United States Census of 2010, the estimated population of this city was 56,703. It is considered to be one of the fastest-growing suburbs southwest of Chicago. In 2009, Tinley Park was selected by Businessweek as the best place to raise a family in America. In 2017, Tinley Park was listed as one of the 50 safest cities in America.

3 Movies that were filmed in Pflugerville

The city Pfugerville is named after the original German settlers who farmed the area: Pfluger which means "plowman". The city's economy is mainly based on local businesses such as Home Depot, Dicks Sporting Goods, Ross Dress for Less, and Cinemark Theatres. The city hosts its annual German Festival named Deutschen Pfest which takes place in Pfluger Park. This city also has a considerable tourist attraction as it possesses many attractive events.