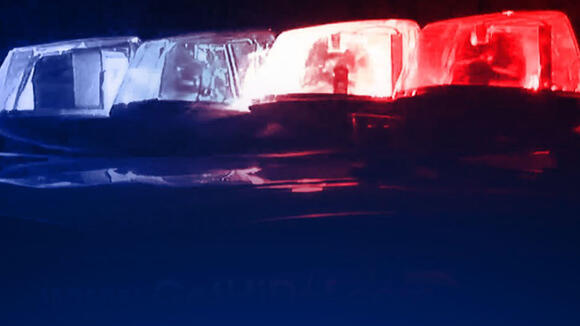 One was a sheriff who raped a minor, the Idaho Statesman reported based on records provided by Idaho Peace Officer Standards and Training. Another was an officer who stole money from clients of his business.

The total number of Idaho decertifications in 2020 was up from 2019, when 39 officers were stripped of their credentials, according to a database on police misconduct compiled by the Statesman.

The database shows that 486 Idaho police officers have been decertified since 2002. When an officer is decertified by the POST council, the officer is ineligible for certification for at least 10 years, according to the agency's rules.

"While we can't definitively account for the increase, I do not believe it is a result of an increase in officer misconduct," said POST Division Administrator Brad Johnson.

Rather, Johnson said, increased hours and investigative staff may be the reason for the rise in cases.

Police officers can lose their certification based on various allegations of misconduct, like drinking alcohol on duty, lying in the course of an investigation or being convicted of a crime.

Some of the most notable decertifications in 2020 were a former sheriff who was found guilty and sentenced to at least 14 years in prison on counts of lewd conduct with a child under 16, rape and child sexual abuse, the Statesman reported. Another was a former police officer who pled guilty to stealing nearly $50,000 from clients of his property management company.

POST had decertified two officers in 2021 as of March.

Hundreds of people gathered at the Portneuf Wellness Center on Thursday to give thanks to our men and women in uniform. The post Pocatello hosts Law Enforcement Appreciation BBQ appeared first on Local News 8.

Idaho officials have approved payments of $1.4 million and $1.2 million, respectively, to two men who spent decades in prison for crimes they didn't commit. The post Idaho officials pay $2.6M for wrongful convictions of 2 men appeared first on Local News 8.

A family has said their pet dog is recovering after she was shot twice last weekend by a camper in Idaho who mistook her for a wolf. The post Idaho camper shoots family dog, mistaking it for wolf appeared first on Local News 8.

Some of our law enforcement may be showing up at the United States-Mexico Border. The post Gov. Little declares support for border security appeared first on Local News 8.

Police in northern Idaho say 85 dogs were found abandoned in a home where a tenant had recently been evicted. The post 85 abandoned dogs found in Idaho home after tenant evicted appeared first on Local News 8.

Idaho’s May unemployment rate drops to 3%

Two teens are in custody after a police chase. The post Teens taken into custody for stealing car appeared first on Local News 8.

For the second time in a week, a deer-dog altercation in the Johnny Creek area has been reported to the Idaho Fish and Game office in Pocatello. The post 2 conflicts with deer and dogs reported in Pocatello’s Johnny Creek appeared first on Local News 8.

27 Idaho postal employees were attacked by dogs in 2020