3 Movies with the main filming locations in Indiana 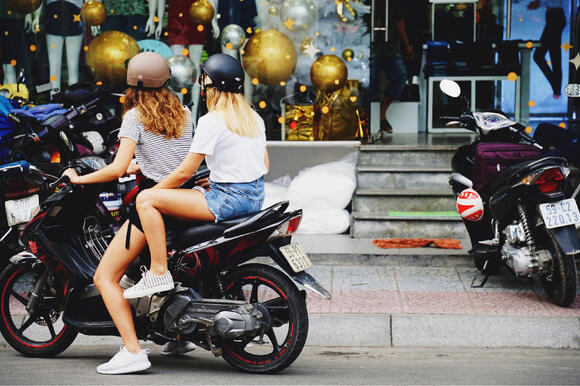 An increasing number of filmmakers are eager to show everything Indiana has to offer to the rest of the world.

With the 50 states in America, Indiana is the 38th largest by area and 17th most populous. Different indigenous groups occupied the Indiana territory for thousands of years before becoming a territory. As a result, settlement patterns in Indiana have mirrored regional cultural segmentation present in the Eastern United States since its founding as a territory.

Indiana has a diverse economy and a gross state product of $377.1 billion in 2019. It has several large metropolitan areas with populations over 100,000 and several smaller industrial towns. In Indiana, professional sports teams such as the NFL's Indianapolis Colts and NBA's Indiana Pacers are based, and the state hosts several notable competitions, such as the Indianapolis 500.

With these facts in mind, it is clear that Indiana is a U.S. power, but it also appears in countless movies, with the most notable being:

Based on Michael Koryta's 2010 novel "So Cold the River," the novel begins with a beautiful woman and a challenge. As a gift to her husband, Alyssa Bradford asks Eric Shaw to make a documentary about their 95-year-old millionaire father-in-law, Campbell Bradford. While there are few clues to the man's story—just his hometown and an antique water bottle he's kept his whole life—Eric accepts the job anyway. Eric uncovers an incredible history in Bradford's hometown— a domed hotel that once beckoned movie stars, presidents, athletes, and mobsters, as well as mineral springs that were said to cure everything from insomnia to malaria. Having been neglected for years, this resort has been restored to its former splendor just in time for Eric's stay. Just hours after he arrived, he experiences a haunting vision. With passing days, the frequency of his hallucinations increases, causing Eric to delve deeper into the area's dark history.

Monrovia, Indiana, is Frederick Wiseman's documentary, which dissects small-town American values following the 2016 presidential election to understand how they influence and influence the nation's political landscape. A quick Google search shows that Donald Trump won more than three-quarters of voters in rural Indiana, setting Frederick Wiseman's latest slow-burn portrait of American life. Unfortunately, Wiseman is too much of a purist to explain himself with captions or voiceovers. In other words, the veteran director is following in the footsteps of reporters sent in from either coast by editors who felt their publications had misread or ignored the mood of the primarily white, lower-income part of Middle America that swung the 2016 election in Trump's favor. Finally, however, Wiseman settles in and spends his time with his chosen community – Monrovia, a farming town in Morgan County with just 1,063 as its population.

Public Enemies was set during the 1930s when the crime was booming; the federal government attempted to find famous American gangsters John Dillinger, Baby Face Nelson, and Pretty Boy Floyd. As a result of the difficult 1930s, robbers knocked over banks and other rich targets with alarming frequency. None is more notorious than John Dillinger, whose gang plies its trade with cunning efficiency against large businesses while leaving ordinary citizens alone as Dillinger becomes a folk hero, FBI chief J. Edger Hoover assigns ace agent Melvin Purvis to hunt him down. Dillinger, who Purvis is pursuing, faces an ominous future with the loss of friends, dwindling options, and an unforgiving world of organized crime with no place for him.

Do you know more movies set in Indiana? Share them by commenting down below!

4 Movies that were filmed in Evanston

Evanston is a city in the Chicagoland area. It is 12 miles north of Downtown Chicago, bordered by Chicago to the south, Skokie to the west, Wilmette to the north, and Lake Michigan to the east. It was incorporated in 1863 and had an estimated population of 74,486 as of the 2010 United States Census. Evanston is home to Northwestern University which is one of the world’s leading Research Universities.

The Fault in Our Stars filming locations in Pennsylvania

The Fault in Our Stars is a 2014 American coming-of-age romance film directed by Josh Boone, based on the 2012 novel of the same name by John Green. The film stars Shailene Woodley and Ansel Elgort; with Laura Dern, Sam Trammell, Nat Wolff, and Willem Dafoe playing supporting roles. Woodley plays Hazel Grace Lancaster, a sixteen-year-old cancer patient who is forced by her parents to attend a support group, where she meets and subsequently falls in love with Augustus Waters, another cancer patient, played by Elgort.

Oklahoma is a state in the South Central region of the United States, bordered by the state of Texas on the south and west, Kansas on the north, Missouri on the northeast, Arkansas on the east, New Mexico on the west, and Colorado on the northwest.

Utah is a state in the Mountain West subregion of the Western United States. It is bordered by Colorado to the east, Wyoming to the northeast, Idaho to the north, Arizona to the south, and Nevada to the west. It also touches a corner of New Mexico in the southeast. Of the fifty U.S. states, Utah is the 13th-largest by area; with a population of over three million, it is the 30th-most-populous and 11th-least-densely populated.

3 Movies that were filmed in Mission

Mission, a beautiful city which is also known as the "Home of the Ruby Red Grapefruit " as a huger percentage of the city's land is filled with well-grown Grapefruits. This is a small city with a population of around 85000. Mission possesses some of the main employers of the state of Texas including Texas Citrus Exchange and also it holds the annual Texas Citrus Fiesta Parade along with many fun events that attract tourists. The city is fastly developing due to the influence of The Mission Economic Development Corporation.

Walmart recently announced they are testing the concept of all self-check-out lanes at several locations in the United States and Canada. I assume if all goes well, that means the company will start moving to make the concept permanent at all their locations including those here in Indiana and Kentucky.

4 Movies that were filmed in Naperville

Naperville is a city in DuPage and Will counties in the U.S. state of Illinois and a suburb of Chicago. Located 28 miles (45 Km) west of Chicago. Naperville was founded in 1831 and developed into the fifth-largest city in Illinois. Naperville public library has been ranked number one in the United States each year from 1999 through 2010.

Sean Harshbargar never imagined his hometown pastor would eventually become his boss. The 32-year-old Denver resident opened Colorado’s first Parlor Doughnuts, which is based in his hometown of Evansville, Indiana, in Denver in February. He’s planning to open a second location next month at 5001 S. Parker Road, Unit 112, in Aurora.

4 Movies that were filmed in Rockford

Rockford is a city in Winnebago County, Illinois located in the far northern part of the state. It is situated on the banks of the Rock River. Rockford is the fourth-largest city in the state and the 171st most populous in the United States. According to the 2019 United States Census, the estimated population of Rockford was 145,609.