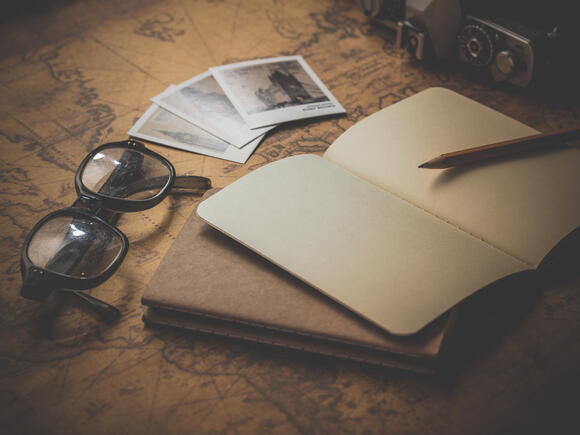 Murfreesboro is Tennessee’s fastest-growing community, a vibrant college town, and a location where tradition and the future coexist, and it has the potential to become a popular tourist destination in 2021. I was there during my Tennessee round trip where I visited multiple cities with my best friend.

Murfreesboro is the county seat and largest city in Rutherford County, Tennessee. The Tennessee State Legislature formed a commission in 1811 to find a new location for the Rutherford County seat. Murfreesboro is a city in Middle Tennessee that is part of the Nashville metropolitan area. It was the state capital from 1818 to 1826, when Nashville took over. It is now Nashville's largest suburb and Tennessee's sixth-largest city.

The Stones River flows through the city, and the Greenway, which mainly runs parallel to the river, connects the city's green areas, parks, and hiking trails. Historic Cannonsburgh Village is the perfect way to get a sense of the city's history. Fortress Rosecrans and the Stones River National Battlefield, which includes the prominent Hazen Brigade Monument, are also worth seeing. Attractions include Barfield Crescent Park, Batey Farms, and the Discovery Center.

This park is a prominent 430-acre park in Murfreesboro's southern portion. Picnic areas, baseball, and softball parks, three Little League baseball fields, and a regular baseball field are all available.

One of the trailheads connecting to Murfreesboro's Stones River Greenway System is the General Bragg Trailhead on West College Street. A picnic pavilion with showers, a children's playground, and a water fountain are available at the trailhead.

This is a historic family farm in the Blackman neighborhood of Rutherford County, about 6 miles from Murfreesboro, established in 1807 on a Revolutionary War grant. It is now owned and operated by the family's eighth generation, and it is a popular spot for locals and tourists to get fresh produce.

After the Battle of Stones River, the Federal Army established Fortress Rosecrans in January 1863 to fortify Murfreesboro. During the Civil War, the fortress became one of the Union's strongest earthen fortifications.

This is in the Stones River National Cemetery, where 6,850 soldiers who fought in the Battle of Stones River in 1862–1863 are buried. It is the oldest Civil War memorial still standing in its original location.

Murfreesboro Center for the Arts

This nonprofit arts center opened in 1995 with the mission of providing a diversity of arts and resources that will teach and entertain people of all ethnicities, genders, and income levels.

The Murfreesboro Greenway System links the city’s parks, residences, historic landmarks, and hiking and biking trails. It consists of the Stones River greenway and the Lytle Creek trails. The greenway has well-kept areas for hiking, cycling, biking, running, or in-line skating when taking in the scenery.

If you want to be amused, the Discovery Center, Murfreesboro's most popular children's museum and nature center, is a wonderful place to go. The Discovery Center, which first opened its doors in 1986, has a hands-on immersive, and interactive museum as well as living, breathing wetlands.

If you are looking for food then Toot’s Good Food and Fun restaurant is a true Southern experience. Each of their four locations in Murfreesboro is lively, very popular, and casual.

A variety of small and large farms surround the city, which is surrounded by fertile agricultural land. Walking around the Murfreesboro Greenway System is a great way to get some fresh air and work out in Murfreesboro. And we are confident that your visit to Murfreesboro in 2021 will not fail.

Are you a fan of Italian food? Grassmere's legendary Mama Mia serves hearty dishes made with robust red sauce like lasagna, spaghetti, and meatballs. You'll want to bring your wine for dinner when you visit. Imagine you would like something a little more adventurous and refined like house-cured salami and gremolata bread gnocchi at City House in Germantown. Consequently, Tennessee has a variety of restaurants ready to satisfy any craving.

Best and Worst State: Pros and Cons of Living in Tennessee

1796 marked Tennessee's entry into the union as the 16th state. It is 112 miles wide, but stretches 432 miles from the Appalachian Mountains bordering North Carolina east to the Mississippi River borders with Missouri and Arkansas in the west. Elvis Presley, Jerry Lee Lewis, Muddy Waters, Johnny Cash, B.B. King, and Dolly Parton have all played in the two largest cities in Tennessee, Memphis and Nashville, respectively. A well-attended barbecue competition is held every year in Memphis called "Memphis in May.".

Spaghetti and meatballs are staples of Italian food (along with pizza), but it goes beyond just those things. It is the Italians who invented tomato sauce, pasta, fresh bread, and pizza. Most people have never had authentic Italian food, but once you have, there is no substitute. There are plenty of Italian restaurants in Kentucky, and here are five that will blow your taste buds away:

Mississippi is a state located in the southern part of the United States of America next to the Gulf of Mexico in the south, Alabama state in the East, and the well-known Mississippi river in the west. The region with the Mississippi Delta is well known for being the birthplace of blues music which is honored at the Delta Blues Museum in Clarksdale.