3 Movies that were mainly filmed in Alaska 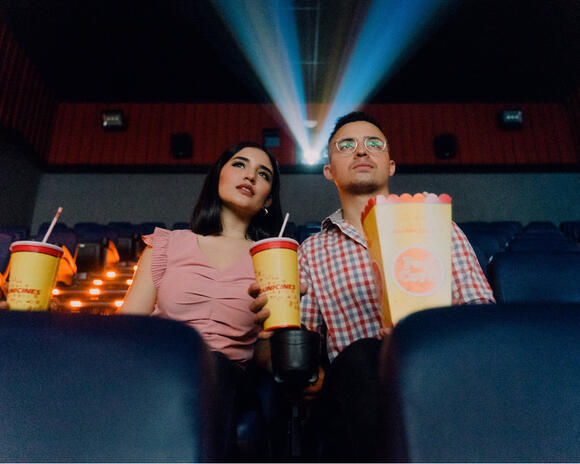 There are a considerable number of filmmakers eager to show Alaska to the entire world.

Alaska was once seen as a folly. America would soon be able to expand at the cost of just two cents per acre, as the purchase allowed for such a low cost. The purchase agreement between the United States and Russia dates from 1867. The land eventually became the 49th state in 1957.

Most people are unaware that Japan occupied two Alaskan islands during World War II for 15 months. Because they attempted to invade the continental 48 states, they used Attu and Kiska as potential launching points. Even though that never happened, it is an intriguing part of U.S. history that isn't always taught in history class.

Alaska is also a mountainous state. These mountains are home to 17 of the United States' highest peaks. The highest peak in North America could be found on Mount McKinley, at the height of 20,320 feet.

With that said, it is clear that Alaska is a critical U.S. state, but it also appears in a plethora of movies, including:

Into the Wild is a biographical film about an idealistic college graduate who attempts a perilous journey across the North American continent into the Alaskan wilderness is Into the Wild. On the way, he sees an abandoned bus with the number 142, which he later calls the 'Magic Bus.'

The Magic Bus 142 can be seen today by fans of the movie and book of the same name. It is a famous attraction for hikers worldwide, located on the Stampede Trail in Denali National Park. Since the location bus location was too remote, the movie wasn't filmed on the 30 km trail. Instead, most of the film was filmed in Cantwell, 80 km south.

Christopher Nolan's thriller 'Insomnia' follows the story of a sleep-deprived Los Angeles detective played by Al Pacino on the hunt for the perpetrator of a teenage girl's murder. Robin Williams plays a fellow LAPD detective, along with Hilary Swank as a young local policewoman.

The film takes place in Nightmute, but it was primarily shot in Valdez over three months. The opening aerial scene features Columbia Glacier, while the final iconic waterfall road scene is the Richardson Highway.

The movie takes place in Barrow, the team's extreme temperatures team had to shoot in Anchorage. For the rest of the scenes, the production team used sets from Anchorage while making downtown Anchorage look like it was in the 1980s. Amigos stands in for the real-life Mexican restaurant. The Alaska SeaLife Center also plays an essential role in the movie.

What can you say about these movies? Please let us know more about more films shot in Alaska! Hit the comment section below for your answers!

Hawaii is a US state located in the Pacific Ocean. This state is famous for its beaches, including some of them which are of unique colors. This state is also nicknamed Paradise and is one of the best vacation places for people in the US.

The largest state in the USA is Alaska. It has some of the highest mountains in North American, it shares a border with Canada. It is widely known for its beautiful nature and landscapes.

5 Most Dangerous Areas in Sacramento

5 Most Dangerous Areas in Los Angeles

Los Angeles is the biggest city in California, formally known as the City of Los Angeles and shortened as L.A. It is the second-largest metropolis in the United States, after New York City, and the third-largest city in North America, after Mexico City and New York City, with a population of almost 4 million. Los Angeles is recognized for its Mediterranean climate, ethnic and cultural variety, the entertainment sector in Hollywood, and its large metropolitan region.

California is one of the most prosperous places in the USA. It is the home of many beautiful tourist attractions and many tourists visit it every day. Rooftop bars are always in great demand and bring a lot of people with an extra nice ambiance. If you are curious as to what are the top 5 rooftop bars where you can chill in California, we have got you covered.

Famous for its salmon, whales, bison, and jellyfish, Alaska also is a home to amazing Amish restaurants that provides a cozy environment and welcoming staff. Home to over 733,391 people, finding a good restaurant might be tricky if you do not have enough time to research when it opens and the different menus served. Worry not, because I have prepared a list of 5 restaurants that you can pop in and have a bite.

Most people want to live in Hawaii, and if that is not possible, they want to spend all their Summer Vacations there. This is understandable since Hawaii is such a beautiful state with 137 Volcanic Islands and over 1,455,271 people. If you plan to visit Hawaii or live there, this article will come in handy and save you a lot of time researching where to find restaurants with delicious Amish dishes.