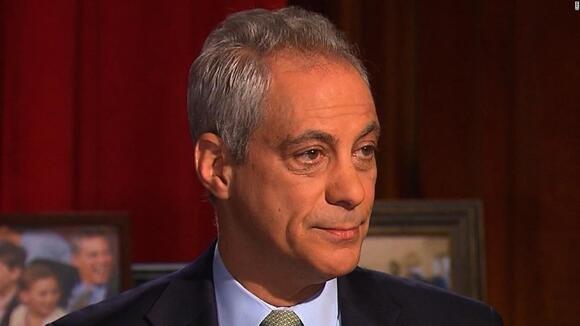 The Financial Times reports Biden will name Emanuel as the U.S. envoy to Japan later this month, along with other ambassador picks.

Emanuel, 61, who also once served as chief of staff to President Barack Obama, and senior adviser to President Bill Clinton, earlier had been considered for Biden’s transportation secretary, but faced stiff opposition from progressive leaders in Congress.

Emanuel has been a significant force in Democratic Party politics for much of the last three decades. But progressives and civil rights leaders have been critical of his handling of the fatal police shooting of Laquan McDonald.

U.S. Rep. Alexandria Ocasio-Cortez (D-New York) called it “shameful” that Emanuel was even being considered for a Biden cabinet position.

The 2015 release of the video of McDonald’s fatal shooting caused widespread backlash that sparked protests and heightened racial tensions across the city. Emanuel was heavily criticized for waiting more than a year after the shooting to release the video in a move critics say was fueled by his motive to get re-elected to his second term as mayor.

The officer who shot and killed McDonald, Jason Van Dyke, is now serving a 6-year and 9-month sentence after a Cook County jury convicted him of second-degree murder and 16 counts of aggravated battery.

On the eve of jury selection for Van Dyke’s trial, Emanuel announced he would not seek a third term as mayor of Chicago.

Simone Biles has withdrawn from the vault and uneven bars event finals at the Tokyo Olympics. USA Gymnastics said in a statement Friday evening that the decorated gymnast made the decision “after further consultation with medical staff.”. MyKayla Skinner, who placed fourth in vault during qualifications, will compete in the...

Evictions loom after Biden and Congress fail to extend ban

WASHINGTON (AP) — A nationwide eviction moratorium is set to expire Saturday night after President Joe Biden and Democrats in Congress worked furiously but ultimately failed to align on a long-shot strategy to prevent millions of Americans from being forced from their homes during a COVID-19 surge. More than 3.6...

BOSTON (AP) — Tenants saddled with months of back rent are facing the end of the federal eviction moratorium Saturday, a move that could lead to millions being forced from their homes just as the highly contagious delta variant of the coronavirus is rapidly spreading. The Biden administration announced Thursday...

A popular TikTok star died from his injuries days after a man opened fire inside a Southern California movie theater during a screening of "The Forever Purge," police said Saturday. Anthony Barajas, 19, was the second victim killed in Monday's shooting. Corona police previously identified the first victim as Rylee...

July 30 (Reuters) - Walt Disney Co (DIS.N) said on Friday it was making vaccination mandatory for all its on-site salaried and non-union hourly employees in the United States, as the highly infectious Delta COVID-19 variant drives a resurgence in cases. "Employees who aren't already vaccinated and are working on-site...

A Briton and a Romanian were killed when an Israeli-managed petroleum product tanker came under attack on Thursday off the coast of Oman, the company said on Friday, in an incident that Israel's foreign minister blamed on Iran and said deserved a harsh response. There were varying explanations for what...

Walmart is requiring that all workers at its headquarters as well as managers who travel within the U.S. be vaccinated against COVID-19 by Oct. 4

Bob Odenkirk says he had a small heart attack, will be back

ALBUQUERQUE, N.M. (AP) — “Better Call Saul” star Bob Odenkirk said Friday that he “had a small heart attack” but will “be back soon.”. The 58-year-old actor took to Twitter to make his first public statement since collapsing on the show’s Albuquerque, New Mexico, set on Tuesday. “Hi. It’s Bob,”...