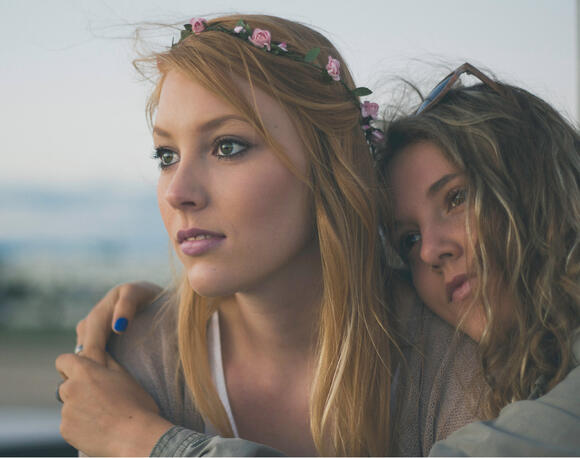 With approximately 1,211 people per square mile, New Jersey is the most densely populated state, despite being the fifth smallest country. There are also many active adult communities; we counted 295 of them at last.

What makes the Garden State so popular? Read on to check if the scales tip in your favor if you're considering visiting or living here. Let us explore a few of the best things about New Jersey:

One of the most significant advantages of living in New Jersey is its location and public transportation. From most parts of the state, you can get to New York City, Philadelphia, Wilmington, and Baltimore in under three hours, and they all have airports, train stations, and other ways of getting from and to N.J.

Most of Jersey's eastern coast is lined with beaches. There are also beautiful parks, forests, and open spaces to enjoy, such as Brendan T. Byrne Forest, Tyler State Park, and Liberty State Park.

Camden Aquarium is another attraction along with towns like Morristown and Princeton. But, of course, Jersey is also famous for its behemoth shopping malls, busy highways, endless restaurants and diners, and loyal sports fans who love Philadelphia teams (South Jersey) and New York teams (North Jersey).

Do not be all smiles there because there are some worst things in New Jersey, too!

Worst: Cost of living is high

Compared to national averages, the cost of living in New Jersey can be higher. Philadelphia and New York are generally more expensive as you get closer, which is evident in housing costs, food costs, clothing costs, and other expenditures.

Taxes in N.J. are another obstacle. Based on a Bloomberg article from 2021, the average property tax for New Jersey in 2020 was $9,112, or 1.8 percent more than the previous year. At present, property taxes in New Jersey are among the highest in the nation.

In 2018, the average property tax in New Jersey was $8,767. How much did it cost in Alabama? $800! Many factors indeed come into play here, including the fact that they live in Alabama; however, come on. People complain endlessly about this and are joined in their misery. However, while most millennial homebuyers are drowning in student loan debt, especially in New Jersey, they can afford homeownership anyway. A hurrah for capitalism!

Worst: Traffic is heavy every day

Commuters especially hate the traffic here because it is incredibly congested. But the state does have extensive bus and train systems that allow active adults to get to their destinations.

We've talked about this before. N.J. residents accept traffic as a necessary evil since they know traffic better than anyone. If we drove to work at 3 a.m. this morning, we would be in trouble. It would only take 25 minutes, but it would take 40 minutes at regular human hours. However, it's when there's an unexpected breakdown, crash, or detour that the traffic problem becomes compounded, that we reach for the steering wheel and think, "Hey, maybe Alabama wouldn't seem so bad."

Here are more fun facts about New Jersey which might interest you:

So what can you say about New Jersey's best and worst things? Please share them in the comment box below!

5 Most Dangerous Areas in San Antonio

With 1,547,253 citizens in 2019, San Antonio, formally the City of San Antonio, is the seventh-most populous city in the United States and the second-most populated city in Texas. It's an amazing city to live in where you won't miss anything. But there are also some very dangerous areas in this city. Here are the five most dangerous areas for 2021 according to the areavibe research.

4 Movies and Short Movies that were filmed in Weston

Weston is considered to be the master-planned suburban community in Broward County, Florida, United States. It is located 31 miles northwest of Miami. It is the most western city in Broward County and its entire west side is next to Everglades. It had an estimated population of 65,333 as of the 2010 census.

California possesses everything, including massive national parks, snowboarding, big towns, and vast stretches of vineyards. At these California specialty food markets, you can enjoy German cuisine among the local population.

Gov. Phil Murphy remained firm Monday that face coverings would still be required indoors at public places for the foreseeable future even after New York officials said they will lift the state's mask mandate this week. At a briefing just an hour after New York Gov. Andrew Cuomo made his...

NJ Will Not Drop Indoor Mask Mandate, Even as Travel Advisory and Remote School End

New Jersey lifted its COVID travel advisory on Monday, and Gov. Phil Murphy said all schools will be open for full-time in-person learning this fall. But Murphy also said the state will keep its indoor mask mandate in public places "for the time being," even as it withdraws its outdoor mask rule.

Like the Tom Petty song says, the waiting is the hardest part. New Jersey live music venues are waiting for the disbursement of funds from both the federal Shuttered Venue Operators Grant, which will allot $16 billion for venues across the country, and $15 million for Jersey venues from the state's disbursement of CARES Act funds.

Habitat for Humanity of Bergen County is looking for a deserving veteran who should call the house a home.

COVID-19 and New Jersey: Schools will be completely reopened next fall; cancellation of mask mission and travel advisory

The days of distance learning will be a thing of the past for New Jersey students in the next academic year. New Jersey Governor Phil Murphy said Monday that all schools in New Jersey will be required to reopen next fall for full-time in-person teaching. One An executive order was...

New Jersey Gov. Phil Murphy announced Monday that his state will adopt new coronavirus guidance, along with New York and Connecticut, which will go into effect starting May 19. The move follows a three-day examination of the CDC's new guidelines, with each tristate administration agreeing to the changes. "This virus...

Travelers entering New Jersey no longer have to quarantine

Travelers entering the state will no longer be required to quarantine as of today, Gov. Phil Murphy announced Monday. The lifting of the travel advisory means out-of-state travelers visiting New Jersey or residents returning home from travel will no longer have to quarantine for a period of time whether they are vaccinated or not.

Really? Are Only 6 Of The 25 “Best Things To Do In New Jersey” Here At The Shore?

We like to think Monmouth & Ocean Counties are the jewels of the Garden State. And we are right. But sometimes national publicity about New Jersey tends to sell us short and pay way too much attention to other parts of the state. We love our fellow New Jersey residents...