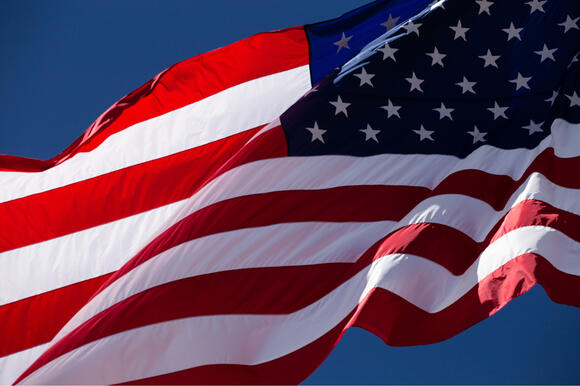 Connecticut is a great state full of great cities and amazing people. Some of them are poor and only a very selected audience of them is super-rich. Here is a selection of some of the world's richest people that live in Connecticut. Let me introduce them to you:

Point72 Asset Management, a $16 billion hedge fund that began investing outside money in 2018, is led by Steve Cohen.Cohen was the founder and CEO of SAC Capital, one of the most profitable hedge funds in history.SAC Capital was forced to close after Cohen pled guilty to insider trading charges, which cost him $1.8 billion in fines.After a two-year supervisory bar from the Securities and Exchange Commission expired in 2018, Point72 reopened to outside capital.Over the course of his life, Cohen has donated $715 million to philanthropic organizations, including veterans' and children's welfare.

Alexandre Behring is a cofounder and managing partner of 3G Capital, a multibillion-dollar investment fund based in the United States and founded in Brazil.Behring is the chairman of Kraft Heinz and the co-chairman of Restaurant Brands International, which owns Burger King and Tim Hortons in Canada.Behring is a well-known name in the private equity industry, and he is new to the Forbes Billionaires list in 2020.Fellow billionaires Jorge Paulo Lemann, Marcel Telles, and Carlos Alberto Sicupira are among his 3G Capital partners.Kraft Heinz and Restaurant Brands International are all owned by 3G Capital.

Viking Global Investors is owned by Andreas Halvorsen.He was a former Tiger Cub who sold stocks at Julian Robertson's Tiger Management before launching Viking in 1999.The corporation, which is headquartered in Connecticut, currently holds more than $25 billion in cash.Halvorsen broke ways with CIO Daniel Sundheim and returned $8 billion to clients after the flagship Viking Global hedge fund lost 4% net of fees in 2016.Viking's largest hedge fund returned around 12% net of commissions in 2017, owing to its long positions.

Karen Pritzker is one of the eleven billionaires of the Pritzker family. A.N. Pritzker, her grandfather, founded the Marmon industrial conglomerate and the Hyatt hotels.She has invested in both public and private biotech and medical technology businesses, including Apple.Pritzker and her late husband, Michael Vlock, made charitable contributions to Yale, Teach for America, and the Michael J. Fox Foundation for Parkinson's Research.Her Seedlings Fund, which funds children's physical and mental wellbeing, is one of Connecticut's most generous foundations.

Stephen Mandel, one of Julian Robertson's "Tiger Cubs," founded his hedge fund company, Lone Pine Capital, in 1997.Mandel stepped down as managing director of Lone Pine Capital in January 2019, but he continues to manage investments.Mandel earned a reputation as one of the best quantitative analysts and bottom-up stock pickers in the hedge fund industry.Mandel's Zoom Foundation has earned hundreds of millions of dollars. The Lone Pine Foundation is a subsidiary of the hedge fund.He is a major supporter of charter schools and serves on the Teach for America national board of directors.

What do you think of all these super-rich people?

SB 668 sets a standard for what any worker should expect in terms of fundamental fair treatment on the job.

Best counties to retire to in Connecticut

Stacker compiled a list of the best counties to retire in Connecticut using data from Niche.

Why is Connecticut called 'The Nutmeg State'?

Officially the "Constitution State," Connecticut's unofficial nickname is the "Nutmeg State"— but why? One of the earliest references to this name in literature was in the book "State Names, Flags, Seals, Songs, Birds, Flowers, and Other Symbols" by George Earlie Shankle, published in 1941. According to Shankle, the story's originator...

Connecticut Gov. Ned Lamont is expected to sign a bill passed this week by state lawmakers that, beginning January 2023, will impose a tax of up to 17.5 cents per mile on heavy trucks that use Connecticut's roadways. The tax,, which trucks would be required to pay in addition to...

Organization key to pressuring lawmakers to act in people's, not businesses', interests. When I read Hoosier Action Resource Center's latest report on the influence of corporate money and power at our Statehouse, I was horrified but not entirely surprised. According to the report titled “Corporate Captive” and data from FollowTheMoney.org,...

The union representing thousands of group home workers in Connecticut called off a strike after agreeing on a $184 million state funding package for the next two years. More than 2,100 caregivers were set to strike at 6 a.m. Friday as they demanded increased wages and better health insurance and retirement benefits, said Pedro Zayas, communications director of SEIU District 1199 New England. ...

Want to buy a waterfront home in Connecticut? Join the crowd

Connecticut homeowners flooded the real estate market with waterfront homes last year, but the market for those properties has tightened considerably in 2021. In the past six months, roughly 1,500 homes have sold in Connecticut that sellers describe as including waterfront — about 840 fewer than between May and October of 2020 — according to Zillow data analyzed by Hearst Connecticut Media.

Connecticut has spent $10M on COVID messaging. Is it working?

The first anti-vaccine message of the coronavirus pandemic was posted on Facebook months before there were any concrete plans for a vaccine. “It was February of 2020,” said Seth Kalichman, a professor in psychological sciences at the University of Connecticut. “Operation Warp Speed, I think, was officially announced in April, if I'm not mistaken.”

Jun 12 - BILLIONAIRES ARE NOT PAYING TAXES

We should all protest and do the same. If everyone does it, what can they do? Release a virus?. That's why they stay billionaires b. Come to think of if......if all these billionaires spread out some of their wealth and they still will be billionaires..... however everyone else will have mad money as well..... probably be no workers in low paying jobs.

The State of Michigan announced today that those in the state already receiving food assistance will be getting an extra payment for the month of June. On Friday the Michigan Department of Health and Human Services announced the payments that will be sent to nearly 700,000 households in Michigan. The payments are a distribution of funds from the federal government. The feds are providing additional funding to states for food assistance under House Resolution 6201, the Families First Coronavirus Response Act.

Janus International Group Inc., a building services company backed by Clearlake Capital Group LP, has closed its business combination with Juniper, a publicly-listed special purpose acquisition company from Juniper Industrial Holdings, Inc. Janus, a global manufacturer and supplier of access control technologies for the self-storage and other commercial and industrial sectors, will begin trading on the New York Stock Exchange under the ticker symbol “JBI.”

A recent exodus at Credit Suisse and UBS has made it busier than usual for moves. NetDocuments offers cloud-based content services and productivity software for law firms. Carlyle is looking for a buyer of its 50 percent stake in the business, Bloomberg reports. Private equity firms Coalition Capital Partners and...

After nearly eight years abroad, Bloomberg anchor Annmarie Hordern will be moving to the U.S. to cover everything Washington. She served as host of the weekly climate show at Bloomberg Green. Hordern has also been featured in Forbes, MSN, The Economic Times, Yahoo Finance, Yahoo, Business Standard, Business Day, Financial...