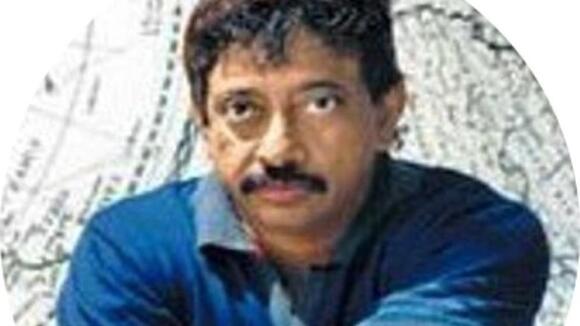 Mumbai, May 10 (SocialNews.XYZ) Filmmaker Ram Gopal Varma took to Twitter on Monday to announce the launch of his OTT platform, Spark OTT.

He marks his entry into digital space with his film "D Company". The film will stream May 15 onwards.

Sharing a video of celebrities such as Prabhas, SS Rajamouli and Prakash Raj wishing the filmmaker all the best, he wrote about how his film would be streamed on the platform. The video also had glimpses of the film.

This is one of the blockbuster weekends for Indian OTT platforms. Last week we had Toofaan and Malik, among others. This week we already saw the streaming of the Tamil movie Sarpatta Parambarai and Kannada movie Ikkat. Rs 329 quarterly| Rs 999 yearly. Includes unlimited free fast delivery, Prime Music...

As part of the new Astro experience to offer customers more choices, real value and flexibility in a streaming world, Malaysian multiplay operator Astro has launched the new Ultra Plug & Play Box, which it says offers customers an uninterrupted experience of the best of international and local content without a satellite dish.

A judge in Sao Paolo granted a temporary restraining order on Friday, holding that Disney cannot use the brand name when the service debuts on Aug. 31. Disney announced in May that it would launch the new service in most Latin American countries, with offerings including ESPN content along with movies and TV shows from Disney’s various entities.

The Olympics has helped to boost the Peacock streaming platform.

Olympic Games, NBCUniversal, United States of America, Netflix, The Boss Baby: Family Business, United Kingdom, NBC. The Tokyo Games may have been marred by a yearlong delay, a recent surge in coronavirus cases and the exit of marquee athletes, but the flurry of events and the rise in the medal count for the United States have helped Peacock, Comcast’s fledgling streaming service.

As Olympics streaming dominates the scheme of things, it is a relatively quiet week as far as new arrivals on the Indian OTT platforms go. But that doesn't mean we have nothing to recommend in our weekly list of offerings on the streaming platforms India. We do have a quite...

Since the onset of the pandemic, home entertainment has never been more important. Millions of users across the globe have turned to over-the-top (OTT) streaming and live TV to bring much-needed diversion and exciting content into their lives. MwareTV provides content delivery solutions designed for the TV platforms of today and tomorrow — a web brimming with rich media and millions of users that demand high-quality content in an instant. MwareTV partnered with Akamai to provide state-of-the-art technology that enables the efficient performance of streaming content to entertain, connect, and empower global viewers.

Mumbai (Maharashtra) [India], August 2 (ANI/PNN): Noted movie promotion company Freakout Entertainment has added another feather to its cap. The firm has been awarded the prestigious Dadasaheb Phalke Indian Television Award 2021 as a mark of recognition for its contribution to the Indian film and television industry over the last nearly decade-and-a-half.

Google Stadia may well be moving into white-label status, a job ad suggests. If true, Google may soon be licensing Stadia's "infrastructure and tools" to publishers and developers looking to run cloud gaming platforms. That's according to Cloudygames (via Sweclockers), who spotted a job listing for Product Manager at Stadia...

NEW YORK—The performance marketing company Tinuiti has announced that it has completed its acquisition of Bliss Point Media and its subsidiary, Prospect Point Media and that it has formally launched Tinuiti's Streaming+ division. Tinuiti is the largest independent performance marketing firm across Google, Facebook and Amazon, with nearly $3 billion...

NBCUniversal’s Fandango has merged its on-demand movie and TV marketplace, FandangoNow, with the video streaming service Vudu, allowing viewers to rent or buy a larger library of 200,000 titles. In addition to accessing titles like F9, The Conjuring: The Devil Made Me Do It and A Quiet Place Part II, viewers will be able to bypass Disney+ to watch Pixar’s Luca and Marvel Studios’ Black Widow, the latter of which can be purchased on the newly updated Vudu platform beginning next Tuesday for $29.99. Other popular films available on Vudu include Disney’s Cruella, Godzilla vs. Kong, In the Heights and Peter Rabbit 2, as well...

Swace enables everyone to use the platform as a social medium to earn crypto from playing social games and also get support from their audience. Swace has launched their public Beta platform on both iOS and Android. Swace app is a very friendly platform that is reminiscent of other social media platforms – people may share content on their feed, explore and follow people, and network. Most importantly, Swace launches social games that are designed to request actions such as taking a photo, or going to a specific location, using AR and other forms of games to be released in the 2nd quarter. Additionally, your audiences may send SWACE tokens to your content as a form of support.

Roku Is the Best Smart TV Platform for Streaming the Olympics

The Tokyo Olympics are right around the corner, and Roku users have the best seat in town for the show! NBCUniversal and Roku have partnered up to bring the platform thousands of hours of Olympic game coverage along with additional exclusive content. Now, Roku users will have access to NBCU’s...

Payment services company Xsolla announced today that it has launched the Xsolla Game Investment Platform. The program aims to provide developers funding options which will allow them to finish and launch their titles. Additionally, it will aid accredited investors with a selection of indie games that they can choose to...

Athleta on Wednesday launched "AthletaWell," a wellness and empowerment platform the retailer said is part of an "evolution from a performance brand to a true lifestyle brand" and key to its growth strategy. Content is free but exclusive to Athleta Rewards loyalty members, according to a company press release. As...

When it comes to streaming services, it's not uncommon for various platforms to make changes to their offerings by adding and removing content not only to keep things fresh but also for contractual reasons. Now, Disney+ has removed a fan-favorite Jack Black film from the platform, 2010's Gulliver's Travels. As of August 1st, the film is no longer available to stream on Disney+ in the United States.

Scarlett Johansson is at war with Disney, and in responding to Scarjo's recently filed lawsuit against the entertainment giant, the House of Mouse isn't mincing words. The Black Widow star filed suit against Disney on July 29, 2021, alleging breach of contract. The breach in question: Black Widow's simultaneous release in theaters and on the "Premier Access" level of its still-new streamer, Disney+.