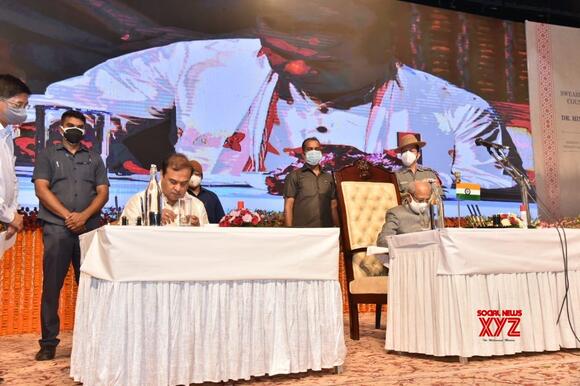 Guwahati, May 10 (SocialNews.XYZ) Himanta Biswa Sarma was on Monday sworn-in as the 15th Chief Minister of Assam, a day after he was named as the leader of the newly-elected BJP legislators in the state.

Sarma was administered the oath of office by Governor Jagdish Mukhi at the famous Srimanta Sankardeva Kalakshetra in Guwahati.

Besides the Chief minister, 13 newly-elected MLAs of the BJP and its allies, the Asom Gana Parishad (AGP) and United People Party Liberal (UPPL), were also sworn in.

Guwahati (Assam) [India], July 20 (ANI): Assam Chief Minister Himanta Biswa Sarma on Tuesday lambasted Amnesty International and demanded a ban on the organisation over its role in the Pegasus surveillance controversy. "We know the role of Amnesty. They're encouraging left-wing terrorism in India. This is a well-designed conspiracy to...

BJP worked as watchdog of democracy during COVID pandemic

New Delhi [India], July 29 (ANI): Amid the ongoing COVID-19 pandemic, the Bharatiya Janata Party (BJP) has worked as a watchdog of democracy, giving embodiment to the sentiments of its founders, said Uttar Pradesh Chief Minister Yogi Adityanath on Wednesday. Speaking during the UP BJP MPs meeting under the chairmanship...