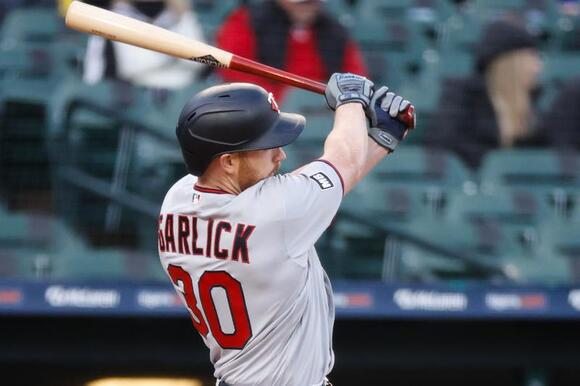 EditorsNote: changes to “0-for-27” in eighth graf; rewords next-to-last graf

Matt Shoemaker continued his dominance of the Detroit Tigers and the visiting Minnesota Twins hit three solo homers while pulling away to a 7-3 victory on Friday.

Kyle Garlick, Jorge Polanco and Max Kepler had the homers for Minnesota. Polanco reached base four times while scoring two runs and driving in two, and Kepler added two RBIs.

The game was delayed in the middle of the fifth inning and the end of the sixth inning by inclement weather.

Garlick lofted a fly ball leading off the game that just cleared the right field wall. Skubal then struck out the next three batters.

Polanco smacked his third homer this season over the left-field wall leading off the second.

Cabrera snapped an 0-for-27 skid with a long single in the second inning. Niko Goodrum followed with another single. Shoemaker struck out the next better, then got JaCoby Jones to tap into a double play.

With Bryan Garcia on the mound, the Twins scored twice in the sixth. Polanco and Miguel Sano drew one-out walks. Kepler knocked in Polanco with a single to center, and Andrelton Simmons brought in Sano with a groundout.

The Tigers broke through against reliever Cody Stashak in the sixth inning. Candelario led off with a single and Cabrera walked. One out later, Castro drilled a changeup over the left-center-field fence to cut Minnesota’s lead to 4-3.

Minnesota scored a run off Jose Cisnero in the seventh after the second rain delay. Josh Donaldson hit a one-out double and Mitch Garver drew a two-out walk. Polanco ripped a double to right to knock in Donaldson.

Kepler drilled a Daniel Norris offering over the right field wall in the eighth. Sano had an RBI single in the ninth.

October 1 - Pinch hitter Cal Raleigh hit a tiebreaking, walk-off home run with two outs in the ninth inning as the Seattle Mariners ended their 20-season playoff drought with a 2-1 victory against the visiting Oakland Athletics on Friday night.
SEATTLE, WA・3 HOURS AGO
Reuters

Baseball-The waiting game: No home run for Judge in return to New York