What You Don't Understand About Bitcoin, Dogecoin, Ethereum - Coffee With Katherine 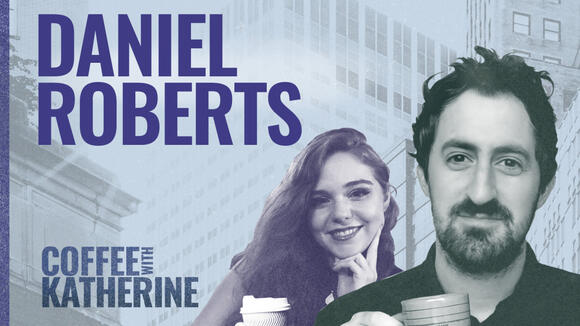 Cryptocurrency is a hot topic whether you're on FinTwit--financial twitter for those of you lucky enough not to be familiar--or just sitting at the dinner table with family.

But how much do you really know about this sector? Or are you jumping into Dogecoin because that's all your group chat talks about?

Daniel Roberts, editor in chief of Decrypt, joined TheStreet's Katherine Ross for a cryptocurrency deep dive in the latest Coffee With Katherine. Watch the full conversation at 4 p.m. ET, Thursday, May 6:

Dogecoin--in all seriousness--has a market cap of $69 million. That makes it the fourth-largest cryptocurrency behind bitcoin, ethereum, and binance coin.

And Tesla CEO Elon Musk, who has been a very vocal supporter of dogecoin, will appear on Saturday Night Live on Saturday, May 8.

Elon Musk, who has used his Twitter account to discuss Dogecoin multiple times, even referred to Dogecoin as "the people's crypto" and dubbed himself "the Dogefather."

But, while it's hot and in the headlines currently, Dogecoin is just one of the many cryptocurrencies Roberts discussed.

He also broke down why so many Bitcoin investors treat the crypto almost as a religion, dubbing themselves "believers" and telling each other to HODL. Yes, that means hold. However, as Roberts explains, HODL--which is popular among younger investors--popped up after a misprint on an item of clothing that was actually meant to say 'HOLD.'

And you can't forget Ethereum, which just earlier this week hit a record high.

Jim Cramer even told Ross on TheStreet Live that he had taken profit in Ethereum, but he still has a position in both Bitcoin and Ether.

Get inside Wall Street with StreetInsider Premium. Claim your 1-week free trial here. Bitcoin (BTC) price closed almost 10% higher on Sunday to return to trade near the $40,000 handle after Tesla (NASDAQ: TSLA) CEO Elon Musk published a tweet that again moved the cryptocurrency market. Responding to a Cointelegraph...

"In the "Off The Charts" segment, Cramer checked in with colleague Tom DeMark on the outlook for bitcoin and the S&P 500 index," wrote TheStreet's Scott Rutt in his Mad Money recap. "According to DeMark, after a staggering decline, bitcoin will need time to consolidate before beginning to recover. He's...

He loves me, he loves me not. Such is the Elon Musk Bitcoin (CCC:BTC-USD) relationship. Today, the Tesla (NASDAQ:TSLA) founder is back on the cryptocurrency’s bandwagon if miners can get more environment friendly. The value of BTC increased 9.22% in the last 24 hours after Musk expressed a change of heart.

Bitcoin is up by an impressive 13% from yesterday’s low at $34,760. The primary cryptocurrency rebounded from this support after dropping from $37,400 on Saturday. Over the past days, bitcoin was unable to break above the $36K mark, until one tweet. Elon Musk, once again, caused the bitcoin price to...

Bitcoin (BTC) approached the psychologically important level of $40,000 in the early hours of Monday buoyed by one of Tesla Inc (NASDAQ:TSLA) CEO Elon Musk’s tweets and these four key factors. Muskian Boost: The apex coin received a boost from Musk on Sunday night after he said that Tesla could...

Bitcoin has crossed back over $40,000. Tweets from Tesla CEO Elon Musk and news about adoption were some of the factors contributing to BTC's rise. The price of Bitcoin (BTC) rose over 14% on Monday, easily crossing the magic $40,000 mark, after almost three weeks of languishing in the mid-to-high $30,000’s.

In Monday's stock market breakdown, Jim Cramer and Katherine Ross talk the Fed, Corsair (CRSR) - Get Report, Bitcoin, Nike (NKE) - Get Report and much more. Hear what Jim Cramer is only telling members of his Action Alerts PLUS investing club in Monday's Daily Rundown.

Will Shiba Inu coin rise again? Here’s what to expect

Shiba Inu coin dropped recently due to the general cryptocurrency dip — but it could be in store for a rebound. The Wall Street Journal reported that cryptocurrency investors — specifically those dropping money into Ethereum and Dogecoin — have been selling their crypto investments due to “concerns about heightened government intervention adding to recent pressure on cryptocurrencies.”

With bearish and bullish catalysts lined up all around ETH, it remains to be seen what direction the market will go and what choices traders will make. There was a surge in the price of Ethereum (ETH) on Sunday. This was the market’s reaction to Elon Musk’s tweet about reconsidering Bitcoin as an acceptable means of payment for Tesla. Following closely after BTC, Ethereum is the second-largest cryptocurrency by market capitalization and trading volume. As a result, spikes in the price of BTC are known to cause an upsurge in the price of ETH as well.

Suze Orman Likes Bitcoin. Here's How She Says You Should Invest in It

Personal finance expert Suze Orman likes bitcoin. Not as a currency, but as a long-term investment, the best-selling author told CNBC's "Power Lunch" Monday. Back in April, she said she told listeners of her podcast, Women & Money (And Everyone Smart Enough To Listen), "Any money that you can afford to lose, then I don't have a problem with you investing in bitcoin."

The apex cryptocurrency hovered around the psychologically important $40,000 mark on Sunday night, boosted by a tweet from Tesla Inc (NASDAQ:TSLA) CEO Elon Musk, as the global cryptocurrency market capitalization rose 7.37% to $1.63 trillion. What Happened: Bitcoin (BTC) traded 9.85% higher at $39,063.94 at press time over a 24-hour...

How has Elon Musk affected the cryptocurrency market now?

Remember when a single tweet from Elon Musk in February caused the price of dogecoin to jump 25 percent? Well he’s at it again, but this time it’s about bitcoin. In the past few months, the Musk and Tesla revealed that the company would start accepting payments in bitcoin and that it had bought $1.5 billion in the digital currency. News later came that some of those bitcoins had been sold, and that Tesla had temporarily stopped accepting bitcoin payments due to environmental concerns. The price of bitcoin suspiciously fluctuated in time with all of these occurrences, and everyone has been understandably confused as to exactly what happened.

Cryptocurrency is a hot commodity again Monday, and stocks involved in any aspect of the crypto economy are benefiting. As of 1 p.m. EDT, shares of Grayscale Bitcoin Trust (OTC:GBTC) are up a solid 8.3%, and CleanSpark (NASDAQ:CLSK) has jumped 10.8%. Canaan (NASDAQ:CAN) is doing best of all -- up 22.4%! And you know what? This does all make sense.

Jim Cramer is discussing Nike (NKE) - Get Report, Tesla (TSLA) - Get Report, Bitcoin, momentum stocks such as Corsair (CRSR) - Get Report and what he wants to see from the Federal Reserve. Watch the full interview with Katherine Ross in the video below:. Elon Musk, Tesla and Bitcoin.

Bitcoin's price hopped over $40,000 on Monday following bullish comments by billionaire hedge fund manager Paul Tudor Jones. "I like bitcoin as a portfolio diversifier. Everybody asks me what should I do with my bitcoin? The only thing I know for certain, I want 5% in gold, 5% in bitcoin, 5% in cash, 5% in commodities," Tudor Jones said on CNBC's "Squawk Box" on Monday.

Elon Musk Says Tesla Might Use Bitcoin Again After All

Elon Musk got holders of Bitcoin (CRYPTO:BTC) going again after suggesting Tesla (NASDAQ:TSLA) could start accepting the cryptocurrency again, sending the coin's value jumping to just under $40,000. The bigger news, though, might actually be that Tesla has sold some of its Bitcoin stockpile just weeks after Musk said Tesla...

Major cryptocurrencies rose in lockstep with bitcoin after Elon Musk tweeted that Tesla may accept the popular coin as payment. Ether, tether, binance coin, cardano, and dogecoin, all edged higher over the last 24 hours. An expert said she is unsure whether the most recent pop signals a continuing upward...