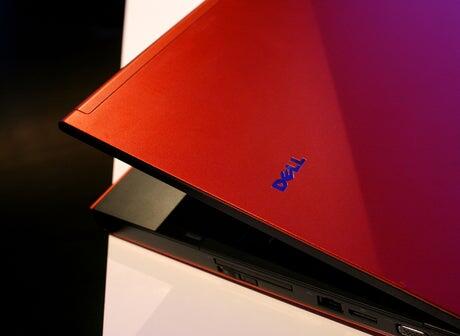 Dell computers manufactured after 2009 require a vital software update in order to fix a vulnerability that could let malicious individuals take control of computers.

The list of affected computers totals over 380 models, including the XPS 13 and XPS 15, a number under the Inspiron and Latitude range, and the G3, G5, and G7 gaming laptops

The five high severity vulnerabilities, which were found by SentinelLabs , had gone undisclosed for 12 years but, astonishingly, seem to have not been used by malicious individuals.

The bug “could allow any user on the computer, even without privileges, to escalate their privileges and run code in kernel mode”, the researchers say. Applications run in ‘user mode’, while ‘kernal mode’ manages core operating system components.

“Among the obvious abuses of such vulnerabilities are that they could be used to bypass security products”, SentinelLabs continues.

“An attacker with access to an organization’s network may also gain access to execute code on unpatched Dell systems and use this vulnerability to gain local elevation of privilege. Attackers can then leverage other techniques to pivot to the broader network, like lateral movement.”

Dell, announcing its patch, said that utility packages including “Dell Command Update, Dell Update, Alienware Update, Dell System Inventory Agent, or Dell Platform Tags, including when using any Dell notification solution to update drivers, BIOS, or firmware for your system” could have been impacted.

It recommends removing the ‘ dbutil_2_3.sys’ driver by following the instructions on its website or installing the Dell Security Advisory DSA-2021-088 patch.

Dell claims that the vulnerable driver isn’t pre-loaded onto systems, but rather targets installed when the user updates their computer’s firmware. It also says that someone would need to access the computer to take advantage of the bug, through malware, phishing, or being given remote access privileges. In any case, users should install any updates that Dell is pushing to their machines.

This fantastic Dell laptop is $320 in the Memorial Day sales

This year’s Memorial Day sales are finally online, bringing with it offers on a wide range of products. If you’ve been planning to take advantage of Memorial Day laptop deals to buy a new machine, you might want to check out the discounts from the Dell Memorial Day Sale. One of the laptops that you can buy for cheap is the Dell Inspiron 15 3000, which is available for just $320 after a $90 discount off its original price of $410 for Memorial Day.

Dell is being sued in California over its claims that its Alienware Area-51m R1 laptop would offer “unprecedented upgradeability,” Tom’s Hardware reports. Alienware customer Robert Felter is accusing the company of running a “false and misleading” marketing campaign, in which it promised that the laptop’s core components, including the CPU and GPU, could be swapped out for more powerful models. A year later, the Area-51m R1’s successor was announced with new components not available as upgrades for the original model.

Just a week after its Memorial Sale, Dell has decided to drop the prices on select Alienware RTX 30 series gaming laptops. These are far better than the RTX 30 series deals we saw during Memorial Day. In fact, although Alienware is known for its premium cost, these prices are actually in-line with what we're seeing from other brands. In the case of the RTX 3080 equipped Alieware laptop, it's one of the least expensive RTX 3080 laptops we've ever seen. These prices will most likely expire on Thursday, so get your order in sooner than later.

You Can’t Afford to Miss This Dell Gaming Laptop Deal

If you’ve been itching to buy yourself a new gaming laptop for a while then we’ve got an amazing deal from Dell for you. Right now, you can snap up the Dell G5 15 gaming laptop for just $700, saving you a huge $340 on the usual price. Working out at over 30% off the regular price, there’s never been a better time to enjoy the delights of gaming on the move for less. With powerful specs and a great design, you’re sure to be delighted with this Dell G5 15 gaming laptop. Be quick though — stock at this price is strictly limited.

Unfortunately, the prices of graphic cards are still sky-high, and they’re super hard to find, so if you’re trying to upgrade your gaming rig, you’re out of luck. There are, however, quite a few gaming laptop deals going on, which can be a good alternative if you just want to dive into your favorite games.

Dell is taking $300 off their 11th Gen i3 Inspiron 14 5000 Series 2-in-1 laptop this weekend, delivering one of the best offers on this laptop in some time. For the specs under the hood, this deal offers one a seriously impressive machine for the price. On sale for $399.99,...

Amazon Prime Day has been officially confirmed for June 21-22, which means there's just a few days left until the retailer's biggest sale outside of Black Friday. Prime Day is a great time to shop for some new tech, making it an opportunity to upgrade your personal computing situation. We've rounded up the best Prime Day laptop deals ahead of the two-day event, with some amazing deals already on offer before Amazon discounts more for its big sale.

Every year, Prime Day deals offer some of the best opportunities for laptop upgrades, as shoppers enjoy significant savings when buying from Prime Day laptop deals. However, if your wallet is ready and you can no longer wait for Amazon’s annual shopping event, you might want to check out this discount for the Dell XPS 13. Dell is selling the laptop for just $800, after a $100 discount to its original price of $900.

Save up to $1,100 off Dell workstation laptops with these fantastic deals

Prime Day is fast approaching, but you don’t need to wait for Amazon’s annual shopping event to buy a new laptop if you need one right now. There are laptop deals for all budget ranges, and it’s highly recommended to go with Dell laptop deals for powerful and reliable machines. For example, the Dell Precision 3560 Workstation is currently on sale from Dell, with the Intel Core i5 model at $886 off to bring its price down to just $1,459 from $2,345, and the Intel Core i7 model at $1,121 off to lower its price to $1,819 from $2,940.

You'd better implement the software patches that Microsoft released yesterday (June 8) if you're running any recent version of Windows, because this month's Patch Tuesday updates include fixes for six different "zero-day" flaws that are already being exploited by attackers in the wild. The worst of the bunch (assigned the...

One of today's best Dell deals takes hundreds off the Dell G5 15 gaming laptop. Just in time for Father's Day, you can snag one for dad or yourself at an incredibly low price. Right now, you can get the Dell G5 15 with RTX 1660 Ti GPU for $699.99 directly from Dell. Traditionally, it retails for $1,080, so that's a massive $340 discount. This is the lowest price yet for this configuration G5 15 gaming notebook. In fact, it's one of the best gaming laptop deals we've seen so far this year.

How to fix corrupt hibernation files in Windows 10

Aleksandar's main passion is technology. With a solid writing background, he is determined to bring the bleeding edge to the common user. With a keen eye, he always spots the next big thing surrounding... Read more. Posted: October 2018. Many users complained that they encountered an error while exiting the...

An Oversecured security researcher has discovered more than a dozen security holes in preinstalled apps on Samsung smartphones. After successful attacks, attackers could compromise devices to a large extent. Samsung has not yet released security updates for all vulnerabilities. No details for unpatched gaps. In a detailed blog post the...

The nightmare continues, and graphics card prices remain sky-high levels of crazy. With no signs of price drops in sight, a good alternative to a new desktop machine is a gaming laptop. Dell is currently selling a G5 15 gaming laptop for $700 with a 10th-gen “Comet Lake” Core i5 processor and a GeForce GTX 1660 Ti graphics card. This deal is likely to be short lived as it warns of limited stock, so if you’re interested jump on it as soon as you can.

Dell / Alienware introduced the first m-series gaming laptop with an AMD processor last week, the Alienware m15 R5. This $2,332 laptop in silky dark side of the moon finish has some attractive specs like its AMD Ryzen R9 5900HX CPU, Nvidia GeForce RTX 3070 laptop GPU, 32GB DDR4 and 1TB PCIe SSD as standard. However, some review sites, Redditors, and YouTubers who got their hands on the device at launch, noticed something curious – tools like GPU-Z showed that the laptop's GPU had been short-changed.

(Other stories by Marius Nestor) The new Linux kernel security update comes exactly two months after the previous one and it's here to fix three security vulnerabilities discovered by various security researchers in the Intel graphics drivers (i915), as well as three other security flaws. The three security vulnerabilities affecting the Intel graphics drivers are CVE-2020-12362, an integer overflow that could allow a privileged user to escalate his/her privileges via local access, CVE-2020-12363, an input validation flaw, and CVE-2020-12364, a null pointer reference, both of which allow a privileged user to initiate a denial-of-service (DoS) attack via local access.

This patch Tuesday harvest was another big one. The Windows updates alone included seven zero-day vulnerability updates, two of them are actively being used in the wild by a group called PuzzleMaker, four others that have also been seen in the wild, plus one other zero-day vulnerability not known to have been actively exploited. Add to that 45 vulnerabilities that were labelled important, and security updates for Android, Adobe, SAP, and Cisco. You can practically see the IT staff scrambling to figure out what to do first and what needs to be checked before applying the patches.