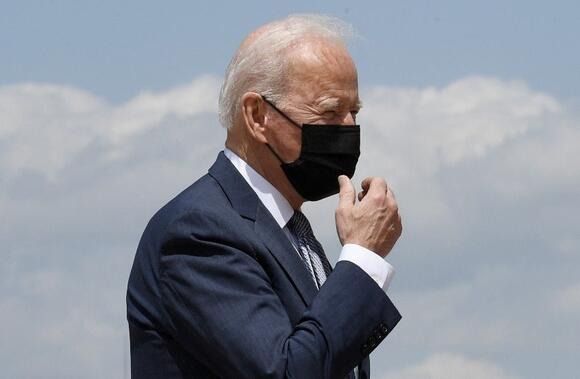 The Biden administration will support a proposal to waive international patent protections for COVID-19 vaccines, according to a top administration official.

U.S. Trade Representative Katherine Tai said in a statement Wednesday that the "extraordinary circumstances of the COVID-19 pandemic call for extraordinary measures."

The U.S. will begin participating in World Trade Organization (WTO) negotiations over the exact language of the waiver, which supporters say would make the details of vaccine production widely available and allow lower-income countries to make doses themselves.

"The Administration believes strongly in intellectual property protections, but in service of ending this pandemic, supports the waiver of those protections for COVID-19 vaccines," Tai said.

She added that the WTO negotiations “will take time given the consensus-based nature of the institution and the complexity of the issues involved.”

The Biden administration has been facing pressure from the international community, drug pricing advocates and congressional Democrats to back the waiver proposal, which was spearheaded by India and South Africa.

While many lower income countries backed the waiver proposal, it was opposed by others like the European Union, United Kingdom, Switzerland, Japan, Brazil, Canada and Australia.

Sen. Elizabeth Warren (D-Mass.) has been one of the lawmakers pressing for the administration to support the waiver, and praised the move on Twitter.

"I'm glad his administration agreed to support the WTO TRIPS waiver to help countries expand manufacturing of treatments and vaccines. This is a humanitarian crisis and it impacts all of us," Warren tweeted on Wednesday.

What's Biden look like to Putin — a tough guy, or an easy target?

The Biden administration and much of the media have proclaimed the president’s European Grand Tour a great success. President Biden told the world 1) that he is NOT Donald Trump and 2) that America’s Back. His face-to-face meetings were lots of backslapping and welcome-back cheers into “The Club.” At least that’s the illusion. The reality is painfully different.

US ships an additional 2.5M vaccine doses to Taiwan

The United States is sending an additional 2.5 million Moderna coronavirus vaccine doses to Taiwan amid growing tensions between the island and China. “Wheels up! Our donation of 2.5 million vaccine doses is on the way to Taiwan, whose health partnership with the U.S. helped save lives here and around the world,” State Department spokesperson Ned Price tweeted on Saturday.

Last week, Americans were given the reassuring news that two of the largest economies in the country, California and New York, are fully open with COVID-19 restrictions finally lifted. Of course, these accomplishments are the result of the success of the COVID-19 vaccines produced by Pfizer-BioNTech, Moderna, and Johnson &...

Increased support among senators for an infrastructure package introduced by centrist lawmakers and talks between President Biden and Russian President Vladimir Putin over cyber concerns are expected to dominate this week's Sunday shows circuit. Two weeks ago, a group of 10 senators — five Republicans and five Democrats — introduced...

China announced on Sunday that over 1 billion coronavirus vaccines doses have been administered within its borders. As The Associated Press reports, the pace of vaccinations in China has sped up recently after initially getting off to a slow start. The country's National Health Commission did not specify how many people have been vaccinated, however most vaccines approved for use in China are administered in two doses, as is the case with most other COVID-19 vaccines in the U.S.

President Biden said Friday the U.S. is on the precipice of a "summer of joy, summer of freedom" thanks to COVID-19 vaccines, and he encouraged Americans to continue getting vaccinated. Watch his remarks.

President Joe Biden expressed hope in March that July 4 would “mark our independence” from the coronavirus. And with each shot in the arm, the president’s goal looks increasingly achievable. But as the very worst of the pandemic fades, the economic disruption we’ve experienced is only beginning to emerge. As...

Welcome to Friday’s Overnight Health Care. A journalist who placed last in his fantasy football league had to spend 24 hours in a Waffle House as punishment. Every waffle he ate cut an hour from the time, and 15 hours and nine waffles later, he walked free. Check out his journey from his Twitter thread.

Democratic senators are pressing the Pharmaceutical Research and Manufacturers of America (PhRMA) to provide more information about its lobbying efforts amid the pandemic. In a letter to PhRMA CEO Stephen Ubl, Sens. Elizabeth Warren (D-Mass.), Bernie Sanders (I-Vt.), Sheldon Whitehouse (D-R.I.) and Tammy Baldwin (D-Wis.) asked the trade group and its member companies to disclose their lobbying spending to oppose a measure to waive intellectual property projections on COVID-19 vaccines.

President Biden attended his first G-7 summit as U.S. commander in chief over the weekend in England. The G-7 leaders pledged to donate more than 1 billion doses of COVID-19 vaccine to lower-income nations around the world. Samir Kapadia, principal and chief operating officer for The Vogel Group, joins CBSN AM to discuss.

President Biden on Thursday formally announced that the U.S. is purchasing 500 million doses of Pfizer's COVID-19 vaccine for the global supply.

President Biden formally announced Thursday that the U.S. would be purchasing 500 million doses of Pfizer's COVID-19 vaccine to donate to 100 countries over the next year. The announcement was made during the first full day of his overseas trip. CBS News chief White House correspondent Nancy Cordes joins CBSN's Lana Zak to discuss.

ST. IVES, England -- President Joe Biden called on global leaders Thursday to join him in sharing coronavirus vaccines with struggling nations around the world after he promised the U.S. would donate 500 million doses to help speed the pandemic's end and bolster the strategic position of the world's wealthiest democracies.

The Biden administration is purchasing 500 million doses of Pfizer's COVID-19 vaccine to donate to the global supply, the White House said Thursday. That will provide enough shots to fully vaccinate 250 million people. The U.S. is donating 200 million doses this year and 300 million doses in the first...

The Biden administration is not requiring federal employees to receive coronavirus vaccines in order to work on-site in federal buildings. While the Safer Federal Workforce task force "strongly" recommends that employees receive the COVID-19 vaccines, it currently advises that vaccination status should not be a precondition for in-person employment. "At...

TUESDAY, June 8, 2021 (HealthDay News) -- A proposal to ease patents and related protections on COVID-19 vaccines in order to help developing nations fight the pandemic will be considered at a two-day meeting of a World Trade Organization (WTO) panel. The idea is backed by more than 60 countries,...

Fifteen UK Nobel prize winners have written to the prime minister urging him to follow the lead of US president Joe Biden and agree to the suspension of intellectual property rules on Covid vaccines. The Nobel laureates - who include winners in the sphere of chemistry, medicine, physics, economics and...

TSAILE, Ariz. (AP) — A college on the Navajo Nation has accepted President Joe Biden's challenge to get students and others vaccinated against COVID-19 by July 4. Diné College Incident Command Director Velveena Davis said COVID-19 remains a threat to the Navajo Nation, “so the college would like to do its part to expand the efforts of having our employees and students vaccinated.”