CT Scan Made Woman Sick; Authorities Say Man Who Performed It, Omayr Niazi, Had No Certification Or Training 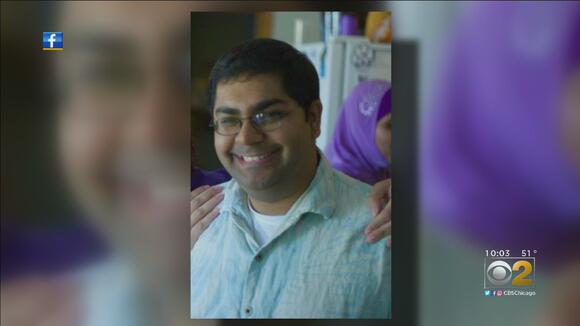 HOFFMAN ESTATES, Ill. (CBS) — A Deerfield man is accused of botching a CT scan on a patient who later got sick.

It turned out the man who conducted the scan was not certified or trained. CBS 2’s Charlie De Mar dug into the mystery man’s history Tuesday.

The allegations were brought to the attention to police in Hoffman Estates in January. Now months later, Omayr Niazi is facing several charges.

Niazi, according to his LinkedIn, was the vice president of an independent medical imaging center located in a Hoffman Estates office park on Higgins Road.

It was in that office where police say Niazi illegally performed a CT scan last November.

A patient told investigators Niazi injected her only partially with contrast solution. She had a bad reaction, and the scan was inconclusive.

Online, Niazi describes himself as a human resources management leader with more than 20 years of experience – even trained in HIPAA compliance.

State records indicate that his pharmacy technician license expired in 2005.

The Hoffman Estates Police Department said Niazi is not trained or certified to do cat scans, forged fake credentials, and turned in claims to insurance companies for reimbursement when he was not authorized to do so.

Calls to his phone did not go through. So we stopped by his home in Deerfield, where his sister had just learned of the arrest.

“He’s always been a straitlaced guy – I mean, he wears his heart on his sleeve – and I mean, this comes as a complete shock to me,” said Bee Niazi. “I mean, any of these allegations, I could never believe it.”

A condition of Niazi’s bond is that he may not work in the medical industry as he awaits his day in court.

A Democratic plan to greatly expand voting rights in the U.S. failed in the Senate on Tuesday. Democrats didn't come close to the 60 votes they needed to kick off debate. Nikole Killion reports.

Polls have closed in New York as voters begin what could be a long wait for the final results in the city’s Democratic mayoral primary. The primary is the most consequential race in New York City in years, as the winner of the nominating contest will be virtually guaranteed a ticket to Gracie Mansion and tasked with grappling with a slew of pressing issues, including a rise in violent crime and the continued recovery from the coronavirus pandemic.

WASHINGTON, June 22 (Reuters) - The White House is preparing to acknowledge it will not meet President Joe Biden’s goal of delivering at least one COVID-19 vaccination dose to 70% of U.S. adults by July 4, U.S. Independence Day, NBC News reported on Tuesday. It said the administration is poised...

Some of the biggest stars in football are speaking out in support of Raiders defensive end Carl Nassib, who made NFL history on Monday when he became the first active player to come out as gay. His jersey is now the hottest selling shirt in the league. Carter Evans has more.

Defense Secretary Lloyd Austin announced that he backs removing the prosecution of sexual assault and domestic violence cases from the military chain of command.

Three people are dead, including a veteran police officer, following a shooting in a Denver suburb on Monday afternoon, authorities said.

House's Pelosi will decide this week on probe of Jan. 6 attack -aide

WASHINGTON, June 22 (Reuters) - U.S. House of Representatives Speaker Nancy Pelosi will decide this week whether to create a special committee to investigate the Jan. 6 attack on the Capitol, her deputy chief of staff, Drew Hammill, said on Twitter on Tuesday. Reuters and other U.S. news outlets, citing...

The Great Barrier Reef could have its prestigious World Heritage status downgraded after a report from the United Nations said Australia wasn't doing enough to protect it from the effects of climate change. Australia, which attracts millions of snorkeling tourists and beachgoers each year, vowed on Tuesday to fight any...

The dismantling of the National Collegiate Athletic Association’s monopoly system over college sports is long overdue and, on Monday, the Supreme Court appeared to agree. That’s when it rejected arguments by the NCAA and declared that the association’s decrees limiting colleges from providing qualified educational expenses to players violated antitrust law.

U.S. authorities seized a range of Iran's state-linked news website domains they accused of spreading "disinformation" on Tuesday, the Justice Department announced in a press release Tuesday, a move that appeared to be a far-reaching crackdown on Iranian media amid heightened tensions between the two countries. Three dozen websites were...