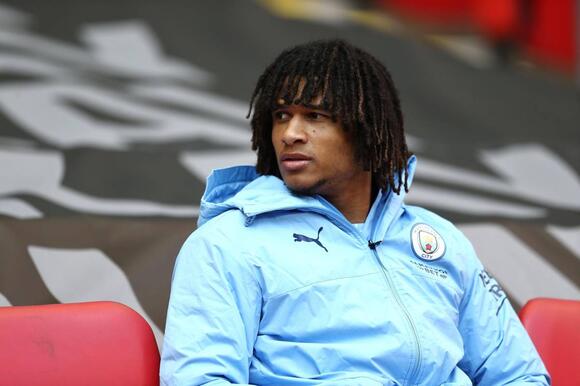 The 26 year-old has struggled to firmly establish himself in Pep Guardiola's starting eleven this season, with injury problems hampering his progress during the crucial winter months of the campaign.

When Ake has played, he has impressed, and Manchester City supporters will almost certainly be very satisfied by his performance return on the field when granted opportunities.

While also transitioning to the very top level of English football, Nathan Ake has also found himself having to adapt to a number of centre-back partners, and on more than one occasion, adapting to a whole new position after covering at left-back.

However, the latest reports from Nathan Ake's home country suggests that the Dutchman may look for a move elsewhere this summer, with the sole aim of securing more frequent game time in mind.

According to Dutch news outlet Voetbal International, as relayed and translated by Sport Witness on Monday, Aké will ‘start to consider his options’ in the summer.

It is claimed that the Dutch international ‘knows it will be very difficult’ to get into the starting eleven at the Etihad Stadium due to the persistent success of Ruben Dias and John Stones' partnership at the back.

In addition, the player knows he is behind Aymeric Laporte in the centre-back pecking order, while Pep Guardiola also prefers João Cancelo and Oleksandr Zinchenko in the left-back position - where Ake has operated on more than one occasion this campaign.

Thus, Aké ‘will start to consider his options’ at the club. He knows Guardiola ‘has little reason’ to change things and will only get a chance in the ‘absence of a rival’ like with Stones absence through suspension against Crystal Palace.

It is however reaffirmed that the former Bournemouth and Chelsea man was ‘very happy’ last summer upon being handed a ‘second chance’ in the Premier League with Manchester City, and the report credits a ‘personal conversation’ with manager Pep Guardiola as being the reason why the Etihad club were selected as his go-to destination ahead of other unnamed potential suitors.

The report translated by Sport Witness goes on to state that Nathan Ake was well aware of the competition for places at the club, and ‘entered the competition in good spirits’. Ake reportedly ‘felt Guardiola’s confidence’ and knew that his footballing ability would be a good fit.

It is very difficult to imagine a scenario where Nathan Ake would actively seek to move away from the club, such is the admiration for him from the part of manager Pep Guardiola - even more so after his showing against Crystal Palace on Saturday afternoon.

Speaking after the game to the press, Guardiola said of Ake, "He was one of the reasons I am so personally satisfied. I love the nice guys and he is one of the nicest but he struggled a lot this season with injuries."

The Catalan boss continued, “I am pleased for all of us. Defensively he was incredibly focused, defending the ball like it was his last in his life. We need him to maintain rhythm and no injuries. I am sure in the end of this season he will helps us a lot.”

FIVE England stars could have decisions to make over their futures following their Euro 2020 final heartbreak at Wembley. Gareth Southgate's squad are set to take a well-deserved summer break following their exploits in the penalty defeat to Italy last night. During the tournament, Three Lions captain Harry Kane had...

Harry Kane could become the Premier League's highest earner if he seals his move to Manchester City. Tottenham have reportedly made a U-turn on their hardline stance and are now willing to sell their prized asset after it was claimed Pep Guardiola's men were set to lodge a staggering £160million bid.

Manchester City agreed a deal to sign Rosa back in August 2020 in a deal worth around £5 million - however, that could rise as high as £21 million depending on how many first-team appearances the midfielder makes. Once the transfer was completed, Diego Rosa, a World Cup winner with...

Diego Rosa will do his preseason with Manchester City. Rosa, 18, will return to City for pre-season training before rejoining Belgian outfit Lommel SK on loan for next season, says Het Belang van Limburg. City signed the teenager from Gremio earlier this year and immediately sent him to Lommel, who...

In the last few months, there has been plenty of excitement surrounding the teenage sensation, who took Premier League 2 by storm last season, proving to be vital in Manchester City's league triumph at that level. Such has been the excitement around the player that some Manchester City supporters have...

The Blues are determined to freshen up their attacking outlets after a disappointing end to their 2020/21 campaign, as they suffered a gut-wrenching 1-0 defeat to Chelsea in the Champions League final. Though the arrival of a world-class striker may be fuelled by the departure of a few first-team stars...

Man City Forward ‘In The Sights’ of European Giants This Summer

Gabriel Jesus, who has made 195 appearances and scored 82 goals since joining Manchester City for £27 million in 2017, had a difficult 2020/21 campaign, with just 14 goals in 42 appearances for the Blues last season. The Brazilian, who was suspended for the Copa America final between Brazil and...

The 17-year-old has been a regular for Manchester City’s under-23 and under-18 squads and has played a crucial role in their Premier League 2 and the Under-18 Premier League title triumphs. Doyle has been a part of the City Football Academy setup since 2014 and has risen through the ranks...

The link between Manchester City and the Polish international has at least added a little seasoning to the story of the ongoing pursuit for Harry Kane, with a £100 million bid for the Englishman turned down, and another expected in the coming weeks. Manchester City CEO Khaldoon Al Mubarak has...

The Golden Boy is given by sports journalists to a young footballer playing in Europe perceived to have been the most impressive during a calendar year. It is important to consider that all nominees must be under the age of 21 and play in a European nation's top tier of club football.