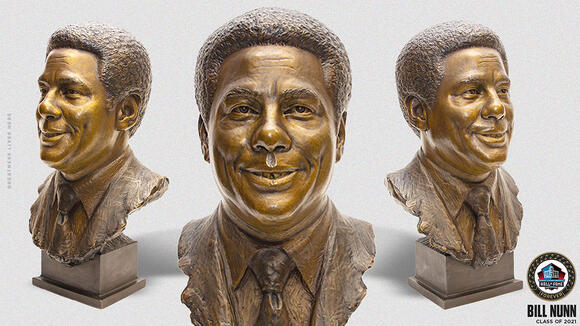 CANTON, Ohio (KDKA) – It will sit in the Pro Football Hall of Fame forever just like he sits in the hearts of Steelers fans.

On Saturday, the Pro Football Hall of Fame unveiled the bronze bust that will commemorate former Steelers scout Bill Nunn.

The legendary Steelers scout was enshrined on Wednesday during “Hall of Famer Forever,” a special ceremony at the Hall of Fame in Canton, Ohio. Nunn was one of eight who were posthumously enshrined.

Nunn, who helped build the famed Pittsburgh Steelers’ dynasty of the 1970s, was voted into the Pro Football Hall of Fame’s Class of 2021 as a Contributor.

The Detroit Lions on Friday waived kicker Austin Seibert, who has been dealing with a groin injury. While the Lions
DETROIT, MI・17 MINUTES AGO
CBS Pittsburgh

PITTSBURGH (AP) — The chants for Albert Pujols began in earnest in the eighth inning, with most of the red-clad fans inside PNC Park yearning for one last regular season at bat for the St. Louis Cardinals slugger.Cardinals manager Oliver Marmol heard them. And ignored them."I think (Pujols) delivered what he needed to deliver over the last 162 (games)," Marmol said with a laugh about the future Hall of Fame slugger, who became one of four players in Major League history to reach 700 home runs behind a memorable second-half surge.It was a surge that coincided with St. Louis' push...
SAINT LOUIS, MO・1 DAY AGO