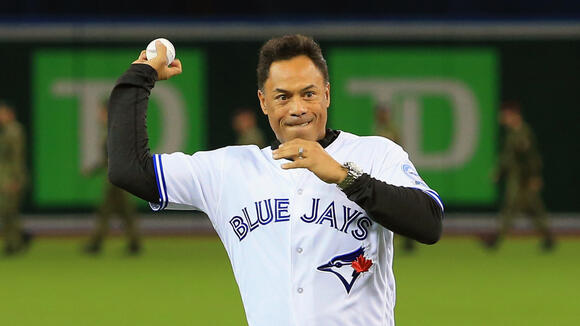 TORONTO, Canada (WJZ) — Major League Baseball has reportedly fired Hall of Famer and former Orioles infielder Roberto Alomar after an allegation of sexual misconduct was made against him. Alomar was working as a consultant for the league in Puerto Rico and the league has reportedly terminated that contract and placed him on the ineligible list. Anyone on that list is banned from working in the league office or for any team in the majors or any of the affiliated minor leagues.

According to the report from SportsNet Canada , the decision from MLB came following an external investigation conducted by a law firm the league hired. The firm presented the findings of the investigation to commissioner Rob Manfred and it was determined that a violation of league policy occurred.

The Blue Jays announced Friday that they would be removing Alomar from their Level of Excellence and removing his banner from the Rogers Centre following the findings of the investigation.

Alomar played three years with the Orioles in the mid-90s making the All-Star team in each of those years and collecting two Gold Gloves along the way. In addition to his time with the Orioles and Blue Jays, Alomar played for the San Diego Padres, Cleveland Indians, New York Mets, Chicago White Sox and Arizona Diamondbacks during the course of his 17-year major league career.

World Wrestling Entertainment (WWE) star Hulk Hogan is "paralyzed" from the waist down, at least according to another legendary wrestler, it has been revealed. Kurt Angle, speaking on an episode of his top-rated podcast on Sunday, said that he and Hogan, 69, spoke backstage when they both appeared at the 30th Anniversary special for WWE’s program “Monday Night Raw.”
16 HOURS AGO
OnlyHomers

There have been a number of sad reports coming out of the world of professional wrestling in recent weeks, with former stars passing away, both during their career and following it.
17 HOURS AGO