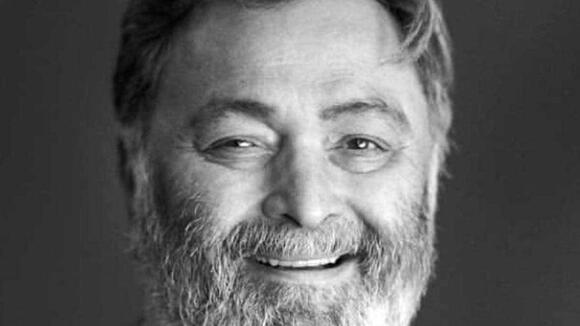 Randeep Hooda shared a picture of the late actor on Twitter and captioned it: "#RishiKapoor", while Arjun Kapoor share a picture with Ris......

Jade was diagnosed with the rare form of cancer in May last year, with doctors originally giving the then 20-year-old around two years to live. Fundraising efforts were launched in an effort to give Jade and her family the trip of a lifetime to go and swim with pigs in The Bahamas however she sadly passed away on August 12, aged 21.

This Morning viewers were left in floods of tears as a nine-year-old girl with terminal cancer had one of her wishes granted on the show today. Sophie Fairall was diagnosed with rhabdomyosarcoma - a rare type of cancer that forms in children's soft tissue - in September 2020. She appeared...

Mother whose gay teenage son, 16, came out by going to prom in a dress and make-up criticises LinkedIn for taking down her photos of his big night after a 'handful of adults were offended'

A gay teenager came out to his fellow pupils for the first time by wearing a stunning dress and make-up for his end of year school prom. Justin Sedgwick, 16, looked sensational in an off-the-shoulder classical black ball gown inspired by Hollywood red carpet glamour. Autistic Justin had spent a...

Safaree Samuels Threatens To Quit ‘LHHATL’ After Footage Airs Of His Baby Falling: ‘That Was Tacky’

George and Amal Clooney were all smiles as they headed to dinner in Lake Como, Italy on July 20. The gorgeous couple locked arms, with George — dressed in a sharp gray suit — leading his wife — clad in a form-fitting white dress — to the luxe Grand Hotel Tremezzo where they dined with members of Amal’s family. The pair, notes a witness, “appeared to be bursting with joy.”

As the legal battle over Britney Spears' controversial conservatorship continues, the pop star's co-conservator Jodi Montgomery is breaking out the big guns. Leading the charge against Jamie Spears and his reportedly "abusive" control over his daughter and her estate, Montgomery has now officially gotten the "...Baby, One More Time" singer's medical team involved.

Naya Rivera 's ex-husband and father of her son Ryan Dorsey paid a beautiful tribute to her one year on from the funeral. On July 8, 2020, the Glee star tragically drowned while out on a small boat with her son Josey at Lake Piru in Venturna Country in Southern California.

The Voice coach John Legend and his wife Chrissy Teigen lost a beloved member of their family this week. The couple’s French bulldog Pippa sadly passed away. The couple reportedly adopted the pup in 2011. After her death, both Legend and Teigen took to Instagram to pay tribute to the 10 years they enjoyed with her. It’s unfortunately not the first dog the family has lost in recent years.

New Delhi [India], July 29 (ANI): Seems like Deepika Padukone is asking for silence on the sets when she is at work as for the first time on Thursday she shared a BTS picture from her shoot for director Shakun Batra's untitled next. Taking to her Instagram handle, Deepika shared...

On Sanjay Dutt’s Birthday today, Maanayata Dutt took to her social media to share all the good wishes for him, wishing for him to stay healthy, happy and strong always. She wrote, “Wishing you a day of happy moments and a year of happy days…wishing you love, peace ,health and success …may God always play in your team and continue to bless you with the courage and the fighting spirit that you have in your life… love you#happybirthday #love #grace #positivity #dutts #beautyfullife #thankyougod “

A tribute fit for a royal! Princess Beatrice and Edoardo Mapelli Mozzi have just reached a major milestone in their marriage. On Saturday, July 17, the couple celebrated their first wedding anniversary after exchanging vows with their loved ones by their side last year at The Royal Chapel of All Saints at Royal Lodge, Windsor. Taking to Instagram to mark the special occasion, Edoardo shared a romantic tribute to his wife, writing, "I can't believe it has been 1 year." "Every second of every day since has been so full of joy, happiness, laughter and love," the English property developer continued. "You are the kindest, loveliest and most beautiful person in...

Edoardo Mapelli Mozzi has paid a touching tribute to his wife, Princess Beatrice, on their first wedding anniversary. The 32-year-old royal – who is the daughter of the Duke and Duchess of York – tied the knot with the property tycoon in a socially distanced ceremony on July 17, 2020.

Chester Bennington’s widow Talinda Bennington paid tribute to him on the fourth anniversary of his death. The late Linkin Park singer’s wife remembered her husband with a touching Instagram post on Tuesday (07.20.21) as she opened up on his sense of humor and the “hopes and dreams” he had for their children.