INTERACTIVE MAP: See how many people in your zip code have been vaccinated against COVID-19

By Grace Manthey
Posted by
ABC7
1 day ago 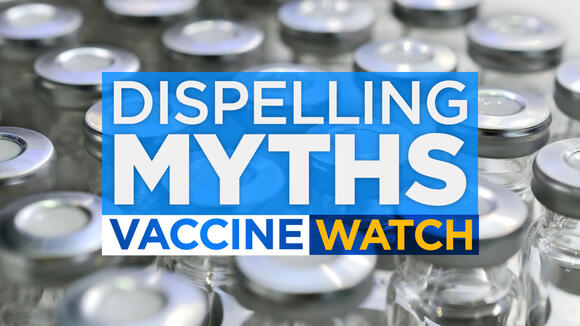 Everyone over 16 is eligible to receive a COVID-19 vaccine, and kids as young as 12 can now get the Pfizer shot. But, not all areas are at the same level when it comes to vaccination rates. For example, the Southern California zip code with one of the highest percentages of the total population that's been fully vaccinated, according to the data, is 92637 in Orange County. The Laguna Woods zip code has a median age of about 76, and had a vaccination rate of about 87% as of July 27. The SoCal zip code with one of the lowest fully vaccinated percentage is zip code 92310 in San Bernardino County, at a rate of about 2% of the total population. (About 3% of the population over 12 years old.) But the overall trend, especially in urban areas of Southern California, shows poorer, younger communities of color are still lagging in getting their vaccines.

Map not displaying correctly? Click here to open in a new window. Note: The state updates this zip code data weekly. The map will be updated as new data becomes available. Zip code 90002, for example, in the Watts area of Los Angeles had about 38% of its total population fully vaccinated as of July 27. About 49% of the population over 12 was fully vaccinated. It's an area that's 18% Black and about 80% Latino, according to data from the U.S. Census. Also, nearly a third of people in this zip code live below the poverty line. Meanwhile, zip code 91436 in Encino had about 68% of its total population, and more than three-quarters of it's over-12 population fully vaccinated as of July 27. It's a zip code that's 81% white, with just 4% living below the poverty line. It is important to note that these wealthier areas tend to skew older. The median age in the Encino zip code is about 47, while in the Watts zip code the median age is only about 28. There's a similar trend in cities across the state. The majority Latino zip code of 92701 in Santa Ana has about 21% of its population living below the poverty line, and with a median age of just 30, only about 42% of the total population has been fully vaccinated. The majority white zip code of 92657 in Newport Coast has a vaccination rate of about 68%, a poverty rate of just 6% and a median age of 49. The map above shows vaccination rates in zip codes across California. The state has removed some zip code numbers for privacy reasons. We have removed some zip codes with unreliable data showing vaccination rates over 100%, and changed the vaccination rate metric to the percentage of the total population. Previously, the vaccination rate was based on the population over 16. Popups on the map also have the percentage of the population over 12 who have gotten a shot. Map not displaying correctly? Click here to open in a new window.

Looking for a job? Here's who is hiring in SoCal amid coronavirus economic slowdown

While the coronavirus has led to shuttered businesses and massive layoffs, here are some of the companies that need more workers.

Osteria la Buca, which operates restaurants in Hollywood and Sherman Oaks, on Friday announced that diners will be required to provided proof that they are vaccinated against COVID-19 before entering the establishments.

Friday marked the first day for the new COVID protocols at Disneyland Resort in Anaheim and Walt Disney World in Florida.

Officials issued an alert about elevated bacteria levels at several beaches near Dockweiler and El Segundo -- in the area of a water reclamation plant that spilled 17 million gallons of raw sewage into the ocean.

Locals from the city of Torrance share what they love most about the small beach town in LA's South Bay area.

The Irvine City Council has voted to drop reference to Orange County in the name of the Great Park.

Nevada is re-imposing a mask mandate for public indoor settings in places where COVID-19 is surging, including the state's largest cities.

See the latest career opportunities and job postings for ABC7 in Los Angeles.

Nearly all of Southern California has COVID rates high enough that the new CDC mask recommendations would apply.

LAUSD to require COVID-19 testing for all students, staff regardless of vaccination status

The L.A. Unified School District announced it will require all students and district employees returning to in-person activities for the upcoming academic year to undergo weekly COVID-testing.

Crews on Friday were working to remove tents along the Venice boardwalk as part of an effort to clear homeless encampments from the area.

COVID pandemic: OC restaurant gets backlash for requiring proof customers are not vaccinated

A Huntington Beach restaurant owner sparked a backlash after posting flyers outside his business and on social media announcing that customers must prove they are not vaccinated.

COVID-19 hospitalization numbers continued an unsettling upward climb in Los Angeles County, with the latest state figures showing nearly 900 people being treated for the virus -- more than double the number from just two weeks ago.

Throughout the year, farmworkers are exposed to dangerous working conditions due to smoke polluted air, and scorching heat.

In some cases, El Super employees with COVID-19 symptoms were told to come to work until they got their test results, the state alleges.

A new CDC report warns the Delta variant is one of the most contagious viruses that exist, with each infected person passing it to 8 or 9 others.

Los Angeles Mayor Eric Garcetti has signed an ordinance to restrict the homeless from camping on sidewalks and many public places throughout the city.

How do you talk to a loved one or friend who doesn't want to receive a COVID-19 vaccine? Experts say it's about being willing to listen.

Although there is no threat of a tsunami in Southern California after an 8.2-magnitude earthquake off Alaska's coast, stronger than normal currents are possible in local harbors and bays.