Posted by
GOBankingRates
4 days ago 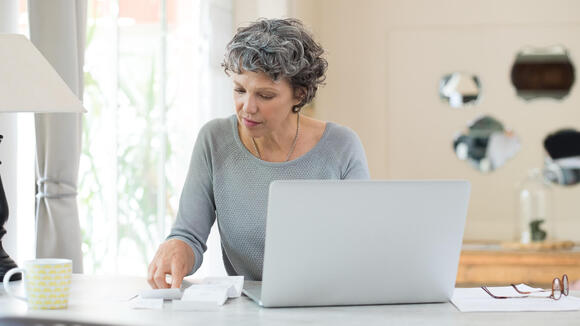 The Social Security Administration announced that the cost-of-living adjustment (COLA), which is an increase in social security benefits to counteract inflation, increased by 1.3% for 70 million American s on Social Security and Supplemental Security Income .

The estimated average monthly benefit increased by $20 per month for 2021, reports CNBC. This increase, however, isn’t enough to account for the rising costs for seniors.

The S enior Citizens League, one of the nation’s largest nonpartisan seniors groups, surveyed 1,125 participants from mid-January through April 20, 2021. According to their data, more than 62% of retirees think that Social Security cost-of-living adjustments need a guaranteed minimum of 3%.

“When the prices on the goods and services that retirees depend on go through the roof, their Social Security benefits don’t buy as much, and that causes enormous financial stress for all retirees,” said Mary Johnson, a Social Security policy analyst for The Senior Citizens League, in a press release.

The League stated that they are working with Congress to increase benefits for retirees to the 3% guaranteed minimum and to use the Consumer Price Index for the Elderly, or CPI-E.

The latest cost-of-living adjustment decision was based on an increase in the Consumer Price Index for Urban Wage Earners and Clerical Workers, or CPI-W, from the third quarter of 2019 through the third quarter of 2020; however, inflation has risen since last year by 1.4% in the first quarter of 2021. The CPI-W was more than 3% higher as of the end of March than it was the previous year, according to CNBC.

The largest COLA increase was in 2008 by 5.8%. Since 2010, the average increase has been 1.4%, according to data from the Social Security Administration. An increase to monthly Social Security benefits will be determined by CPI data through September.

How Do You Plan To Spend the Child Tax Credit? Take Our Poll

The first set of Child Tax Credit payments are being dispersed on July 15. The benefit is a tax credit offered through the American Families Plan stimulus relief bill that was signed into law in...

How Long Will the Child Tax Credit Payments Last?

Millions of American families are waiting in anticipation for the first monthly $300 payment from the advance child tax credit which will be disbursed on July 15, and continue through the middle of...

Paying Off Debt vs. Building an Emergency Fund: The Experts Weigh In on Prioritizing

One of the age-old debates in the financial world is whether you should prioritize paying off debt or building an emergency fund. The truth is that both are important steps in any financial plan....

17 Tips To Live Comfortably Off Just a Social Security Check

Twenty-four percent of those aged 65 and over live in families that depend on Social Security benefits for 90% or more of their income, according to the AARP Public Policy Institute. With the average...

Majority of Americans Will Not Receive Their Maximum Social Security Benefits

Experts agree it's important to start saving for retirement as early as possible and save the maximum amount you can, based on your income, in an individual retirement account or your 401(k) --...

Social Security is one of the most hotly debated social programs in America. While all seem to acknowledge that it's a vital necessity, how the program is funded and administered -- as well as its...

Social Security is the main source of income for a majority of the elderly in the U.S. According to data from the Social Security Administration, nearly 9 out of 10 people age 65 and older receive...

PATRICK: A 6.1% bump in Social Security?

COLA and Social Security. The news keeps getting better for Social Security recipients. It's now projected that benefits will increase 6.1% in 2022, up from the 4.7% forecast just two months ago. That would be the most significant increase since 1983. It’s all about inflation. Social Security cost of living...

Will Social Security Change the Way it Calculates Raises? Here's Why It Should

Social Security recipients can receive annual raises known as COLAs, which are meant to compensate for inflation. COLAs have not kept up with seniors' rising expenses for many years. After years of stingy cost-of-living adjustments, or COLAs, it's finally looking like seniors on Social Security will be in line for...

Inflationary fears have been worrying social security recipients about their cost of living adjustments to their monthly checks, but this year might see one of the biggest increases yet. See: 5 Things...

It's hard to imagine that any government program touches the lives of more Americans than Social Security. The bedrock of retirement for most of the country, Social Security paid monthly benefits to...

Have questions about disability income insurance? here are some answers || Thomas Callaway

At least 1.8 million people refused to return to work because of generous welfare benefits, poll shows

Here are FEE, we predicted from the beginning of the pandemic that Congress’s decision to create an unemployment benefits system paying most individuals more on welfare than they earned by working would backfire. We weren’t the only ones. The nonpartisan Congressional Budget Office similarly cautioned that this move would cause unemployment and hurt the economy.

In 2019, we sold our house to move into a senior community. Now, both of our Part B premiums have increased drastically in 2021 from around $145 a month to over $475 for Part B and an additional increase for Part D to over $70. We still are receiving the same Social Security check, and I really don’t understand where this change came from.

Today's column addresses questions about effects go years with no income on Social Security benefit rates, how the family maximum that can be claimed on a single record can affect the distribution of benefits among multiple children and what happens to benefits when the recipient dies. Larry Kotlikoff is a Professor of Economics at Boston University and the founder and president of Economic Security Planning, Inc, which markets Maximize My Social Security and MaxiFi Planner.

EDITORIAL: Social Security is running out of money

Before D.C. Democrats think about passing trillions in new spending, they should focus on shoring up the Social Security Trust Fund. This month, the Congressional Budget Office released detailed numbers on its long-term projections for Social Security. It’s sobering — at least for those who are paying attention. The trust fund will run out in 2032. The Disability Insurance Trust Fund will last until 2035.

3 Social Security Factors You May Be Forgetting

Social Security isn't supposed to be your sole retirement income source. The age you claim your benefits could have a huge impact on how much money they provide. Delaying a claim for Social Security benefits isn't always the best move. Chances are good you're counting on Social Security to be...

The Impact of Cuts to Social Security Benefits

If you’re nervous about the future of the Social Security program, you’re not alone. In a survey from Nationwide, 71% of adults of all generations said they are more worried now that Social Security will run out of funding. It’s no wonder, the 2020 Social Security Trustees report indicated that funds are likely to run out by 2035. At that point reserves will be depleted and 79% of scheduled benefits will be paid out with income from taxes. This doesn’t even consider the potential impact of the pandemic.

Even if you're not close to retirement, it's smart to start planning for Social Security now. By taking certain steps now, you may realize you're entitled to more money than you think. Social Security benefits can have a significant effect on your retirement, so it's wise to make sure you're...

Seniors can file for Social Security at a variety of ages. Age 62 is the earliest opportunity to sign up. Before you hurry to claim benefits at 62, consider the drawbacks of doing so. You get flexibility when it comes to signing up for Social Security. You can opt to...