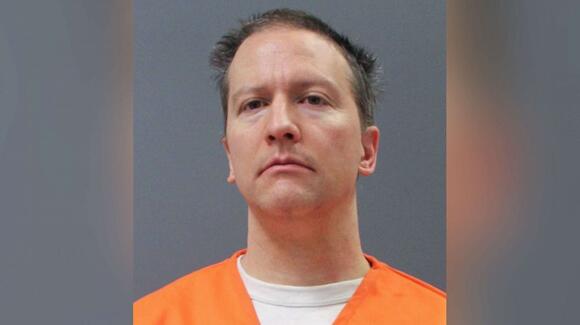 Former Minneapolis police officer Derek Chauvin will be sentenced on June 16 after being convicted in the murder of George Floyd.

MORE: Timeline: The impact of George Floyd's death in Minneapolis and beyond

Chauvin is facing a maximum sentence for second-degree murder of 40 years in prison, but Minnesota sentencing guidelines suggest he's more likely to receive up to 15 years, based on his lack of a prior criminal record. 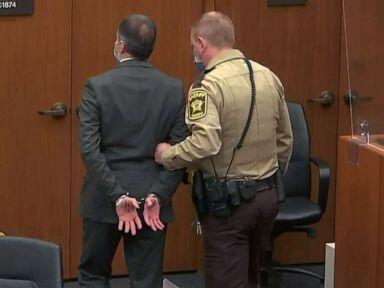 Court TV via Reuters - PHOTO: Former Minneapolis police officer Derek Chauvin is led away in handcuffs after a jury found him guilty of all charges in his trial in the death of George Floyd in Minneapolis, April 20, 2021.

He will also have an opportunity to appeal all of the convictions within 90 days.

MORE: Here's how Derek Chauvin could try to get verdict overturned on appeal

Chauvin was convicted in the high-profile trial after putting his knee on the back of Floyd's neck for nearly 10 minutes during an arrest in Minneapolis on May 23, 2020. Onlookers filmed the exchange, some begging Chauvin to take his knee off Floyd as he said he couldn't breathe and called out for help.

Chauvin, who was fired by the Minneapolis Police Department three days after the incident, was arrested and charged on May 29. 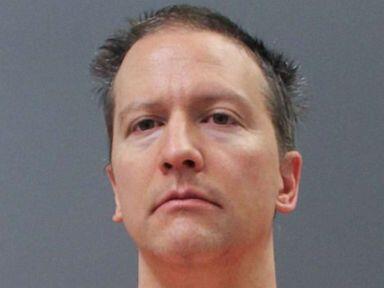 An order sealing jurors’ names was also filed Friday evening. Jurors’ identities will remain under seal for at least six months, though the court has informed them that they are free to identify themselves if they wish and speak to whomever they like about the case.

So far, none of the jurors have spoken publicly, though one alternate juror spoke to Minneapolis ABC affiliate KSTP.

ABC News' Will Gretsky and Whitney Lloyd contributed to this report.

all this commotion and he chose not to testify, policeman always testify against you, couldn't explain why he had his knee on his neck so long