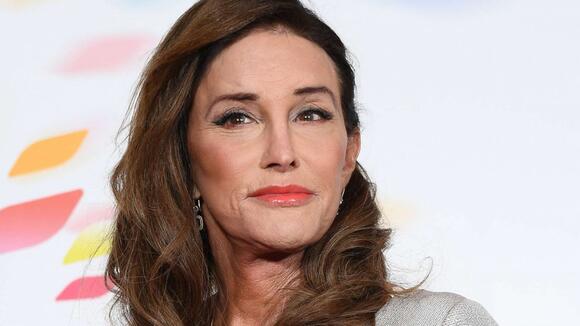 Caitlyn Jenner , a former Olympian and reality TV star, has filed paperwork to run for governor of California, taking the first official step in a bid to compete against Democratic Gov. Gavin Newsom, who is facing a possible recall election this year.

Jenner, a longtime Republican and a foremost activist for transgender rights who publicly came out as trans in 2015, said in a statement on Friday, "I'm in!"

"For the past decade, we have seen the glimmer of the Golden State reduced by one-party rule that places politics over progress and special interests over people," she said, announcing her campaign. "Sacramento needs an honest leader with a clear vision.”

"I have been a compassionate disrupter throughout my life," Jenner continued. "As Californians, we face a now-or-never opportunity to fundamentally fix our state before it's too late."

MORE: Why are some Californians trying to recall Gov. Gavin Newsom and how does the process work?

A formal announcement is expected in the coming weeks.

Jenner, who met with Republican Governors Association Executive Director Dave Rexrode earlier this month about a possible gubernatorial bid, is casting herself as a "proven winner" in her nascent campaign and calling out "Gavin Newsom's California" where, she says, "he orders us to stay home but goes out to dinner with his lobbyist friends."

Newsom is up against his sixth official recall attempt, but this is the first likely to successfully make it onto the ballot. Fueled by frustration over his handling of coronavirus pandemic and allegations of government overreach, recall organizers say they have already exceeded the 1.5 million signatures needed to advance the effort to a statewide ballot. 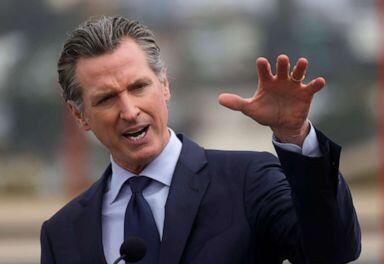 The secretary of state is set to soon announce the outcome of the recall effort. Once it officially qualifies for the ballot, which is expected, an election will be held and voters will be asked a two-part question: Do they want to recall Newsom, and if so, who they would like to replace him with?

Jenner isn't the only Republican in the field. Former San Diego Mayor Kevin Faulconer, John Cox, who was the party’s nominee in the 2018 gubernatorial election, and former GOP Rep. Doug Ose are already in the ring.

Leaning into her celebrity fame and name recognition, Jenner is expected to a be a prominent contender for the state's highest office. But in deep-blue California, where Democrats outnumber Republicans by a nearly 2-to-1 margin, it could be difficult for a former Trump supporter to find a path. Jenner said she voted for Trump in 2016, before revoking her support in 2018 over him "relentlessly" attacking the trans community, she wrote in an op-ed published in The Washington Post.

Stories of survival and harrowing rescues are emerging after Hurricane Ian tore through the Southwest Florida coast. In Lee County, people banded together as Ian, which made landfall as a Category 4 hurricane on Wednesday, battered the region. Among them was a group of men in Bonita Springs who were filmed helping rescue an elderly man from a car that had become flooded in waist-high hurricane floodwaters. Video shows two of the men carrying him away from the vehicle and presumably to higher ground.
LEE COUNTY, FL・1 DAY AGO