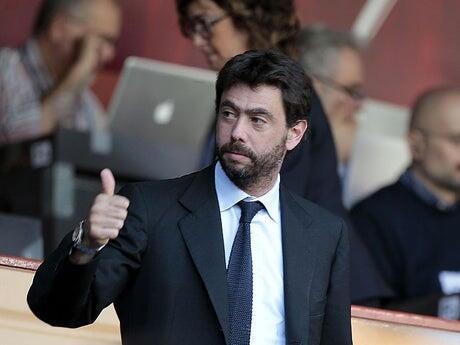 Juventus chief Andrea Agnelli has compared the crumbling European Super League to video games Fortnite and Call of Duty as he desperately bids to defend the highly controversial idea.

All six Premier League clubs withdrew from the ESL on Tuesday night just 48 hours after the concept was announced.

Atletico Madrid, Inter Milan and AC Milan have all followed the lead of the English sides, with Real Madrid, Barcelona and Juventus the only three ‘founding members’ remaining.

But that has not stopped Agnelli - vice-chairman of the ESL - from sticking by the principles of the idea.

Speaking to Football Italia , he said: "We didn't threaten anyone, we still want to participate in the domestic competitions. The tradition of football lies in the domestic championships. Fans are important to us and must have the chance to come to the stadium every Sunday.

"The bonus of €350m per year is fake. We are still involved in domestic competitions, and we will play in every stadium in Italy, Spain and England.

“Every week, we'll give the fans the league's games and the games of a new competition that will bring closer the younger generations who are moving away from football.

"The younger ones want to watch significant events. They are not as attached to domestic competition as the previous generations, including mine.

“A third of the fans worldwide follow the Super League clubs, the 10 per cent follows footballers, not clubs, and the most worrying stat is that those between 16 and 24 years old have no interest in football whatsoever.

"The Super League simulates what young people do on digital platforms in competition with Call of Duty, FIFA or Fortnite.”

Agnelli confirmed on Wednesday that the Super League could not go ahead as planned due to the mass exodus of the English clubs.

The complete shattering of the idea comes just two days after Real Madrid president Florentino Perez claimed the Super League would ‘save football’ .

Juventus president Andrea Agnelli insists the club has never taken it's success for granted. Juve surrendered their hold on the Scudetto last season and have since replaced coach Andrea Pirlo with the returning Max Allegri. “It's the first time I talk since Italy won the Euros. I wanted to congratulate...

Tokyo Olympics: Namibian athlete says 'You can't tell me now I am not a woman'

Namibia's Beatrice Masilingi is getting ready for the biggest moment of her young athletics career having had to recover from her most upsetting one. The 18-year-old says she is thrilled to be competing in the women's 200m at the Tokyo 2020 Olympics when the heats begin on Monday. But the...

THE Olympic Games prides itself on fair play and top conduct as nations from around the world unite for the love of sport. But there was no love lost between Canada and Brazil in the women’s rugby sevens on Thursday. Tensions ran high in Tokyo as Canada romped to a...

EUROPEAN SUPER LEAGUE plotters have vowed to break up the Uefa 'monopoly' after a court waved through the new competition. The governing body had launched legal action to prevent the tournament from seeing the light of the day, while punishing those involved for creating the concept that would override the Champions League.

Tottenham Hotspur Women’s squad rebuild continues today. Spurs announced this morning on their social media channels that they have signed 28-year old Real Madrid forward Chioma Ubogagu on a contract through 2023. Ubogagu is a native Londoner and a striker who has moved around a lot. A graduate of Stanford...

During last Friday's meeting in Rabat, Caf executive committee instructed the Interclub Competitions Committee to accelerate study of the new project. Chairman of Caf’s Interclub Competitions Committee, Ahmed Yahya has explained the potential benefits of the creation of the African Super League. Caf president Patrice Motsepe has already given his...

Juventus sets a condition for selling Demiral to European giants

Merih Demiral faces an uncertain future at Juventus and one of the clubs that wants to sign him is Borussia Dortmund. The German club is one of Europe’s most recognisable in buying and developing players. Demiral has been struggling for minutes at Juve and he could establish himself at the...

Riot Games’s esports division for League of Legends, LOL Esports, has announced a set of coming changes to the operation of the European Regional Leagues (ERLs) —Europe’s minor league scene. LOL Esports has extended its license deals with ‘almost’ all ERLs, and have also shared a number of large changes...

Rebel clubs to press on with Super League after court ruling

MADRID (AP) — Barcelona, Juventus and Real Madrid vowed to press on with the European Super League project on Friday after a court ruled against what the clubs called “UEFA’s threats.”. A Spanish court on Friday threw out an appeal by UEFA against the decision this month to unwind the...

(Releads with clubs’ plans to continue development of Super League) July 30 (Reuters) - Barcelona, Real Madrid and Juventus said on Friday they will continue with plans for a European Super League after a court ruled that governing body UEFA terminate disciplinary proceedings against founding members of the breakaway project.

It was announced on Tuesday evening that we have reached an agreement with the Spanish giants for the transfer of their France international, subject to a medical and player terms being finalised. The club statement conjured a tidal wave of excitement among United supporters around the world and everybody is...

Antonio Conte 'in talks to become a TV PUNDIT in Italy with former Chelsea boss to take to the studio for Champions League, Premier League and FA Cup games' as he awaits his next managerial position

Antonio Conte is reportedly in talks with Sky Sports in Italy to take on punditry duties while he awaits his next managerial move. The 51-year-old dramatically left his role as Inter boss this summer despite guiding them to the Serie A title, with the Italian unhappy with the club's transfer plans this window.

New plans being worked on for a European Super League involve the competition being 100 per cent open, with no clubs holding permanent membership, the PA news agency understands. A statement from the three clubs which still endorse the hugely controversial project – Real Madrid Barcelona and Juventus – released...

The clubs have avoided UEFA sanctions due to the legal decision and now want to press on with their plans. Real Madrid, Barcelona and Juventus have been emboldened to keep their Super League dreams alive by a European court ruling against UEFA on Friday. The court has determined UEFA cannot...

Barcelona, Juventus and Real Madrid have vowed to carry on with plans for a European Super League after winning an important court battle with UEFA. A court in Madrid has ruled that the governing body’s disciplinary proceedings against the founding 12 clubs of the proposed breakaway league must be scrapped, while the case will now be assessed by European Court of Justice in Luxembourg.

Manager Jose Mourinho has called Fortnite “a nightmare” in a new video posted by A.S. Roma’s Twitter account. : Sports Interactive is finally adding women’s football to Football Manager – and they want to do it right. Taking part in a series of quick-fire questions, the Italian team’s manager explains...

The breakaway attempt by the European Super League has taken victory in court over UEFA, after the institution had threatened to expel it’s competitors from their domestic divisions and European competitions recently. Juventus chief Andrea Agnelli played a key role in setting up the competition, while Real Madrid president Florentino...

Manchester United have identified Saul Niguez as a replacement for Paul Pogba. The Daily Star says United will open talks with Atletico Madrid about signing Saul if Pogba decides to quit Old Trafford. Pogba is due to return to pre-season training this week, with his immediate future at United still...

Chelsea midfielder Hakim Ziyech is 'fascinated' by the possibility of a move to AC Milan this summer, according to reports. The 28-year-old has impressed so far in pre-season, scoring three goals across two matches. As per La Gazzetta dello Sport via Football Italia, AC Milan remain in talks to sign...