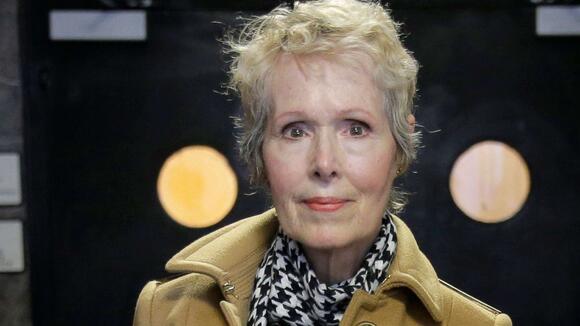 Instead, Carroll urged the 2nd U.S. Circuit Court of Appeals to affirm "Trump did not act within the scope of his employment as President of the United States when he repeatedly, willfully defamed a private citizen to punish and retaliate against her after she revealed that he had sexually assaulted her decades before he took office."

Carroll sued the former president for defamation after he accused her of playing politics and lying about an alleged 1990s rape in a dressing room at Bergdorf Goodman.

Last October, U.S. District Judge Lewis Kaplan rejected the Justice Department's bid to replace Trump as the defendant, ruling that his statements about Carroll were not made as part of his official duties and that the legal theory cited by the DOJ does not apply to the president. 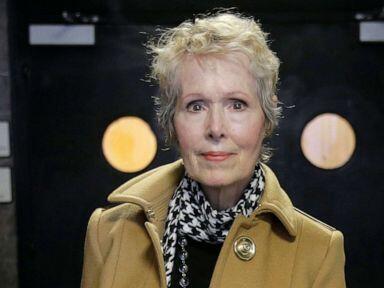 "Trump has tried and failed repeatedly to get my lawsuit booted," Carroll said in a statement Friday. "Last fall, he had his Justice Department intervene and try to get it dismissed in federal court. He lost. Then, just a week before President Biden’s inauguration, Trump’s private lawyers and the DOJ joined forces to argue on appeal that when Trump called me a liar who was too ugly to rape, he was somehow being presidential. This is offensive to me."

"I am confident that the Second Circuit will make it clear that no president, including Donald Trump, can get away scot free with maliciously defaming a woman he sexually assaulted," she added.

Roberta Kaplan, Carroll's lawyer and no relation to the district judge, said, "As the district court properly recognized, while the facts in this case are unique, the legal principles are not. In this country, no one, not even the president, is above the law."

On appeal, the Justice Department insisted the former president was commenting on a matter of public concern when he addressed Carroll's accusation because it was "an issue potentially relevant to his ability to perform the duties of his office effectively." 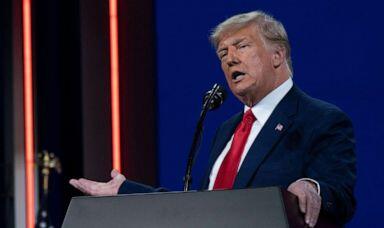 Carroll's attorneys warned that granting the appeal would "give succor to the view that our most powerful political leaders stand entirely above the law."

Carroll published a book excerpt in 2019 in which she wrote that Trump raped her in the 1990s. Almost immediately after publication of the excerpt, Trump -- who by then was president -- told the press that Carroll had made up the rape story and he never met her. Carroll sued him in New York State court.

At first, the former president defended the case as a private individual. He was represented by his personal lawyers, not by DOJ or other government lawyers. The state court rejected his claim he could not be sued because he was president. It was at that point that the U.S. government inserted itself into the case.

A Trump-appointed appeals court judge criticized critical race theory in a concurrence he penned last week that challenged the viability of disparate impact theory as a legal claim in a racial bias case, according to a report. Judge James C. Ho, who was confirmed to the 5th U.S. Circuit Court...

Guess how long it has been since Democrats first took official action to obtain Donald Trump’s tax returns? More than two years. In May 2019, a key House committee issued a subpoena for the president’s returns. That led to a long battle in the courts that remains unresolved. Twenty-seven months...

Report: Rudy Giuliani Is “Close to Broke,” Prepared to Go to Prison

When we last checked in on Rudy Giuliani, things were not looking so hot for the former federal prosecutor turned Donald Trump attorney turned old man yelling at an empty blender. For starters, he’d recently had his home and office raided by the Feds, who seized nearly a dozen cell phones and computers as part of their criminal probe into his Ukraine dealings. Subsequent to that, he had his law license suspended in both New York and D.C. over the many election lies he’d told, and in one of the many new books out about Trump, it was reported that when it became clear that Trump was probably going to lose, an allegedly inebriated Giuliani “started to cause a commotion...telling other guests that he had come up with a strategy for Trump,” insisting the campaign should “Just say we won,” which it did. Amid all of this, Giuliani didn’t even have his cousin-wife’s shoulder to lean on. And sadly, things continue to look quite to very bleak for the guy who went from “America’s mayor” to “Two weeks away from being thrown out of the Port Authority for disorderly conduct.”

Former President Trump won't immediately try to stop several former Justice Department officials from testifying before Congress but is willing to put up a fight over executive privilege if legislators try to secure further interviews with his former aides and officials, a letter from lawyer Doug Collins reads. Collins said...

Virginia Democratic gubernatorial nominee Terry McAuliffe released a campaign ad last week accusing his Republican rival, Glenn Youngkin, of “repeating Donald Trump’s lies” including the Big Lie that the 2020 election was stolen from the former president – yet McAuliffe has a history of lying about the 2000 election that he falsely claimed was stolen by Republicans.

On Tuesday, ABC News reported that Jeffrey Bossert Clark—the Justice Department official who spearheaded an effort to overturn the 2020 election—sought to convince the Georgia General Assembly to throw out the actual results of the race and award its electoral votes to Donald Trump instead. In a draft letter, sent last December, Clark alleged that mass voter fraud had compromised the legitimacy of Georgia’s election, in which Joe Biden narrowly prevailed. As a remedy, Clark, speaking on behalf of the Justice Department, advised the state legislature to call itself into a special session, investigate the alleged fraud, and appoint “a separate slate of electors” who would cast their votes for Trump. Clark’s superiors ultimately quashed this attempt to nullify millions of valid votes.

Meghan McCain's last week on the job at The View began with controversy Monday — and she wasn't even in the shot when it happened. Although McCain was present early in the show, she sat out the co-hosts' virtual interview with guest Mary Trump, a frequent critic of her uncle, former President Donald Trump. The younger Trump, author of the book The Reckoning: Our Nation's Trauma and Finding a Way to Heal, argued with McCain in a previous visit to the ABC talkfest, despite the fact that McCain is no fan of the former POTUS either. McCain is an outspoken conservative, sure, but she has repeatedly decried Donald Trump and his treatment of her father, the late Sen. John McCain.

The lawyers brought "fantastical" claims and tried to claim damages "greater than the annual GDP of Hungary," the judge said.

(CNN) — We're going to see Donald Trump's taxes. Or, to be totally clear about it, we are very likely to see the former president's taxes -- following a Friday ruling by the Justice Department's Office of Legal Counsel's office that said that the returns must be turned over to Congress.

60% of Americans Say a Donald Trump 2024 Bid Would Be 'Bad for the Country,' According to Poll

A majority of Americans may not support a re-election bid for former President Donald Trump. Around 60% of people surveyed in a new poll from Quinnipiac University thought it would be "bad for the country" if Trump ran for president again in 2024. Split by party, the results show that...

Congress could begin taking testimony as soon as this week from top Justice Department officials who bore witness to then-President Donald Trump’s desperate attempt to overturn his 2020 reelection loss based upon lies and misinformation. And in the increasingly apparent real-time Justice Department efforts to combat that attempt, one man...

Trump is a barometer for Republican views of Supreme Court

(Reuters) - The U.S. Supreme Court has been issuing rulings that tend to favor conservatives, but its approval ratings have dropped among Republicans as well as Democrats, according to an analysis by my Reuters colleagues and a recent Gallup poll, both released on July 28. A year ago, 58% of...

Teri Kanefield is an author and a graduate of the University of California Berkeley School of Law. For 12 years, she maintained an appellate law practice in California. On Friday, the Justice Department ordered the Internal Revenue Service to hand over former president Donald Trump’s tax returns to Congress. On Monday, Ronald Fischetti, a lawyer for Trump, said that Trump intends to fight the order.

A draft letter reportedly circulated late last year by a Donald Trump-loyalist at the Justice Department shows the lengths his allies were willing to go to overturn the presidential election.

The Biden Justice Department issued a recent memo making clear it would not stand in the way of Congress seeking testimony from its predecessor’s DOJ.