Bank of America Stock: Is It a Good Buy? 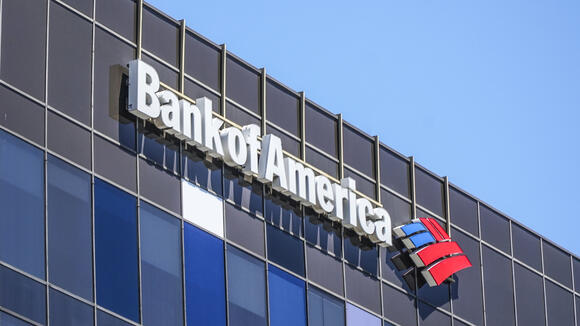 Bank of America might not be the most exciting stock on Wall Street, but if you want to make money over the long run — and believe in the bets made by the Oracle of Omaha himself, famed billionaire Warren Buffett — then it might be just what you’re looking for. Here’s a quick rundown on why many analysts and investors alike are backing the second-largest bank in the United States.

Bank of America’s current price-earnings ratio is 14.44x, right on track with its estimated forward P/E ratio of 14.23. The P/E for the S&P 500 index as a whole is 30.72, according to The Wall Street Journal. While bank stocks are not high-flyers that command excessive P/E ratios, this puts Bank of America stock at a significant discount to the forward S&P 500 P/E ratio. With fortunes seemingly changing in favor of the bank, this could be an attractive level for purchase for long-term value investors.

If you’re looking for a stock that pays a solid dividend, Bank of America should catch your attention. As of Oct. 12, the S&P 500 index was yielding 1.75%, but Bank of America currently pays a 1.95% yield. That may not seem like much, but in today’s low-dividend world, it equates to an 11% increase over the S&P 500’s yield.

The company struggled during the financial crisis of 2007-08, and it ultimately had to cut its quarterly dividend to just $0.01 per share for its March 27, 2009, payout. However, since then the dividend has grown by a factor of 21, to $0.21 per share every quarter.

After years of enduring a low-interest rate environment, the coronavirus pandemic hit the economy in 2020. This one-two punch decimated Bank of America’s loan business, which is the primary way in which banks make money.

Traditionally, the function of a bank is to take the money deposited by customers and lend it out to borrowers. Banks earn money on the spread between the low interest rates they pay depositors and the higher rates they collect from borrowers. But in a low-interest rate environment, there’s not much of a spread between short- and long-term interest rates. Coupled with the pandemic shutting down most businesses, loan activity simultaneously dried up, making for a disastrous scenario for banks.

The good news for Bank of America is that things are slowly returning to normal. Thanks to widespread vaccine distribution, more and more cities and towns are opening up, meaning businesses will need capital once again. In fact, in its third-quarter 2021 earnings release, the bank reported a $14 billion increase in average loan and lease balances in its business segments compared to the previous quarter.

Warren Buffett is one of the most successful investors of all time. The CEO of Berkshire Hathaway, Buffett’s investment vehicle, has a net worth of $102.2 billion and currently sits as the ninth-wealthiest person in the world, according to Forbes’ Real-Time Billionaires list. Buffett’s annual letter to the shareholders of his company is an almost religious experience, popular among professionals and amateurs alike due to his history of investment success and his ability to explain complicated financial matters in simple, folksy terms. The bottom line is this — when Buffett talks, people listen.

Of course, sometimes the best endorsement Buffett can give a stock is in his trading activity. Bank of America certainly seems to have the green light from Buffett, as it’s Berkshire Hathaway’s largest bank investment by far. In fact, it’s currently Buffett’s largest holding overall, with over 1 billion shares owned at a current value of about $46 billion, according to the company’s Aug. 16 13F filing, as analyzed by CNBC.

Perhaps the greatest evidence of Buffett’s fondness for Bank of America was demonstrated in 2020, when Buffett sold shares in numerous other financial holdings while bolstering his Bank of America investment. His purchases of Bank of America stock from July 31 to Aug. 4 increased his stake to nearly 12% of the entire company. And, in true Buffett fashion, those purchases have already proven to be big winners, as Bank of America traded at about $25 per share at the time, marking a 58% gain as of Oct. 13, 2021.

So, Is Bank of America Stock a Good Buy?

While investors would no doubt like to have bought Bank of America stock back when Buffett was loading up in midsummer 2020, the stock still appears to have some room left to run. Bank of America’s above-average dividend yield and good valuation already make it worth taking a look at, but additional factors seem to be supporting the long-term growth of the company’s share price. America’s slow recovery from the coronavirus pandemic should continue to unleash both consumer and business spending, and a growing economy typically leads to increased loan activity. Additionally, interest rate spreads are likely to increase in this scenario, which is another catalyst for banks as a whole.

To top it all off, one of the most successful investors in the world owns 12% of the outstanding shares of Bank of America, meaning those who buy the stock now are in good company. Just be sure to talk with your investment advisor to ensure that a purchase of Bank of America shares matches your own personal investment objectives and risk tolerance.

Daria Uhlig contributed to the reporting for this article.

Data is accurate as of Oct. 14, 2021, unless otherwise noted, and subject to change.

This article originally appeared on GOBankingRates.com : Bank of America Stock: Is It a Good Buy?

New investment trends rip through the markets every year, and it's often hard to predict ahead of time where money will flow. While it's generally best for long-term investors to stick to consistent,...
STOCKS・9 HOURS AGO
GOBankingRates

You can earn bonuses of up to $500 in value just for opening a Bank of America account this month. Find out how to take advantage of Bank of America's best promotions.
PERSONAL FINANCE・2 DAYS AGO
GOBankingRates

These Are the Stocks Warren Buffett Bought and Sold in 2021

Every quarter, institutional investment managers who control more than $100 million in assets are required to submit reports called 13-F filings with the SEC. No 13-F filings in the world are watched...
STOCKS・2 DAYS AGO
Benzinga

When insiders purchase shares, it indicates their confidence in the company's prospects or that they view the stock as a bargain. Either way, this signals an opportunity to go long on the stock. Insider purchases should not be taken as the only indicator for making an investment or trading decision. At best, it can lend conviction to a buying decision.
STOCKS・19 HOURS AGO

Is Fulgent Genetics a Good Healthcare Stock to Buy?

You’re reading a free article with opinions that may differ from The Motley Fool’s Premium Investing Services. Become a Motley Fool member today to get instant access to our top analyst recommendations, in-depth research, investing resources, and more. Learn More. While it's natural to track share prices of...
MEDICAL & BIOTECH・20 HOURS AGO
MarketWatch

Is Robinhood a Good Stock for Long-Term Investors to Buy Right Now?

You’re reading a free article with opinions that may differ from The Motley Fool’s Premium Investing Services. Become a Motley Fool member today to get instant access to our top analyst recommendations, in-depth research, investing resources, and more. Learn More. Robinhood ( HOOD 4.36% ) is a popular...
STOCKS・8 HOURS AGO
Motley Fool

Renewable Energy Stocks: Is Now a Good Time to Buy?

Clean energy pure plays like Hannon-Armstrong, Clearway Energy, and SolarEdge Technologies look expensive. A more balanced option in the space might make sense, such as NextEra Energy, though even here prices can be dear. Perhaps the better options are out-of-favor companies, like TotalEnergies and Enbridge, that are using dirty fuels...
ENERGY INDUSTRY・17 HOURS AGO

A growing number of investors now prefer investing in cryptocurrencies such as Bitcoin (CRYPTO: BTC) over shares, a new survey has shown. What Happened: The survey by CivicScience showed that while 76% of the respondents surveyed said they were more likely to invest in traditional stocks, 24% of them preferred investing in cryptocurrencies such as Bitcoin, Ethereum (CRYPTO: ETH) and Dogecoin (CRYPTO: DOGE).
STOCKS・12 MINUTES AGO
Los Angeles Times

Stocks end modestly higher after a choppy day of trading

The Standard & Poor's 500 rose 0.3%, with 62% of the stocks within the benchmark index closing higher.
LOS ANGELES, CA・9 HOURS AGO
MarketWatch

The Dow Jones Industrial Average is rallying Tuesday morning with shares of Intel and American Express leading the way for the price-weighted average. Shares of Intel (INTC) and American Express (AXP) have contributed to the blue-chip gauge's intraday rally, as the Dow (DJIA) was most recently trading 411 points higher (1.2%). Intel's shares have risen $2.95 (5.8%) while those of American Express have climbed $6.42 (4.0%), combining for a roughly 62-point bump for the Dow. Apple Inc. (AAPL) Goldman Sachs (GS) and Salesforce.com Inc. (CRM) are also contributing significantly to the gain. A $1 move in any one of the 30 components of the Dow equates to a 6.59-point swing.
STOCKS・1 DAY AGO
The Motley Fool

The market is giving value-conscious investors an early Christmas gift.
STOCKS・1 DAY AGO

With some strategists seeing tepid, single-digit gains in store for 2022, it makes sense to consider dependable dividends, as total return could be the name of the game next year. These five top stocks could be strong plays in a very inflationary world.
STOCKS・21 HOURS AGO
The Motley Fool

The Brazilian payments company is in high-growth mode, but it's dealing with outside challenges.
STOCKS・1 DAY AGO
The Motley Fool

Investors are reacquiring their taste for risk.
STOCKS・1 DAY AGO
The Motley Fool

C3.ai is building a brand new market for itself, and customers are flocking to use its artificial intelligence technology.
STOCKS・1 DAY AGO
The Motley Fool

It's a Great Time to Buy Affirm Holdings

Investors took advantage of a recent sell-off in stocks sparked by the emergence of the Omicron coronavirus variant by pushing nearly $7 billion into the market, moves that amounted to the largest inflows in four years, Bank of America said Tuesday. The investment bank tallied its clients dip-buying in stocks...
STOCKS・1 DAY AGO
The Motley Fool

JPMorgan Chase is Watching This Risk Going Into 2022

Lynch, who scored a 29% annualized return over 13 years as the head of Fidelity's Magellan fund, argued index-fund investors are "missing the boat."
STOCKS・14 HOURS AGO