By Matt Johnson
Sportsnaut
13 days ago 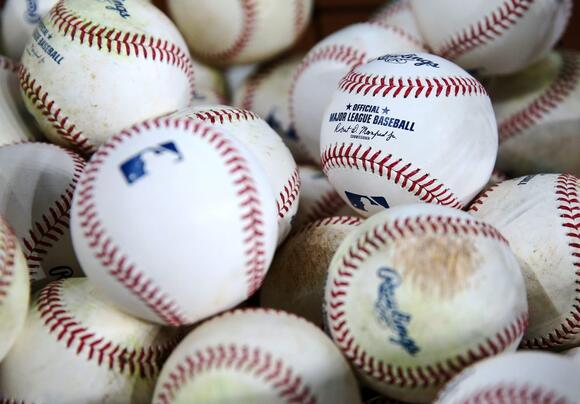 Our MLB Games Today schedule will be back with the new season. Yet, swipe down for our MLB offseason schedule and World Series recap: 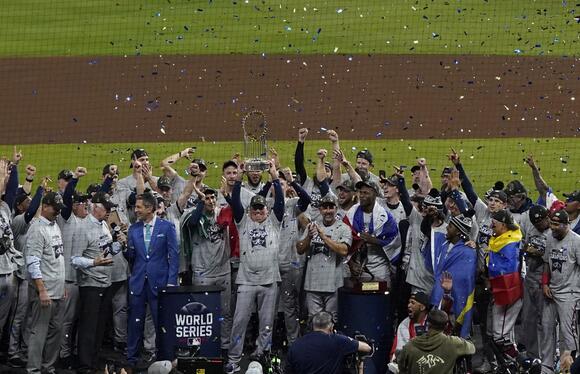 There are no MLB games today, but check out the offseason schedule below: 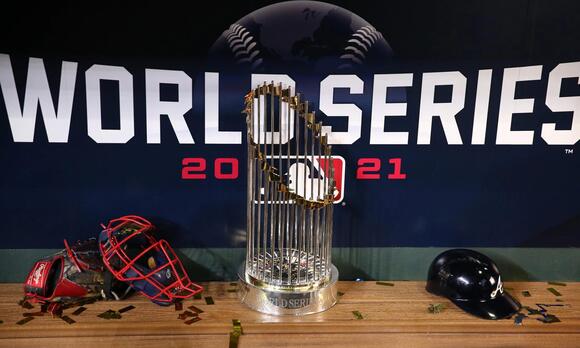 Game 1 Recap: Jorge Soler and Adam Duvall slugged home runs and the Atlanta Braves overcame the loss of right-hander Charlie Morton by riding an early outburst to a 6-2 victory over the host Houston Astros in Game 1 of the World Series on Tuesday. See Sportsnaut’s World Series game 1 recap and highlights here .

World Series Game 5 recap : Despite Atlanta scoring four in the first via a grand slam by Adam Duvall, the team was not able to finish off the Houston Astros. Houston saw Carlos Correa and Marwin Gonzalez both drive in multiple runs as it fended off elimination with a 9-5 win. Click here for Sportsnaut’s recap of Game 5 of the World Series with highlights . 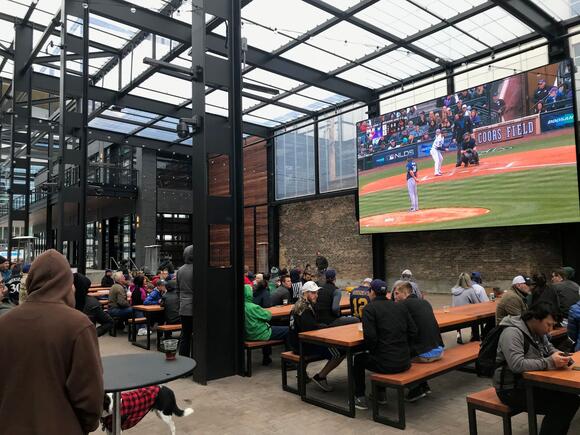 Houston, we have a problem. The New York Yankees watched the Astros swoop in Wednesday and sign free-agent right-hander Justin Verlander to a one-year, $25 million contract. That’s good money for a 38-year-old coming off Tommy John surgery. The Yankees were among a handful of teams linked to the two-time...
MLB・17 DAYS AGO
The Spun

Carlos Correa has made an official decision on his qualifying offer from the Houston Astros. Correa has declined the Astros’ $18.4 million qualifying offer, according to Jon Heyman. His days in Houston are over. The 27-year-old star is now the top free agent in baseball and is bound to receive...
MLB・20 DAYS AGO
The Spun

The Los Angeles Dodgers could be gunning for a significant free-agent move this offseason. According to MLB Network insider Jon Heyman, multiple teams, including the Dodgers, are looking to “pry” superstar first baseman Freddie Freeman away from his World Series-winning Atlanta Braves squad. Yesterday, the Dodgers lost shortstop Corey Seager...
MLB・5 DAYS AGO
sportstalkatl.com

As MLB Trade Rumors reported it, the Braves coughed up a lot of money for one of the only viable options at catcher on the free-agent market:. According to their sources, the Marlins were in on new Braves catcher Manny Pina before the Braves doubled the money Miami offered:. Pina...
MLB・2 DAYS AGO

NEW YORK- Atlanta Braves outfielder Marcell Ozuna received a retroactive 20-game suspension for violating Major League Baseball’s domestic violence policy. Ozuna was arrested May 29 on charges of aggravated assault by strangulation and battery after police officers said they witnessed him attacking his wife. He was placed on administrative leave under the domestic violence policy.
MLB・6 DAYS AGO
Talking Chop

Major League Baseball has handed down a 20-game, retroactive suspension to Atlanta Braves outfielder Marcell Ozuna for violating MLB’s Joint Domestic Violence, Sexual Assault and Child Abuse Policy. Since the suspension was retroactive, the 20-games would have began when he was placed on administrative leave back on September 10 and ran through the end of the season. That means he is eligible to return immediately.
MLB・6 DAYS AGO
realsport101.com

MLB The Show 22 Ratings: Can anyone dethrone Mike Trout?

MLB The Show 22 ratings are sure to be a hotly contested topic as next year's game approaches, but Mike Trout is already the favorite for highest rated. These MLB The Show 22 ratings predictions will take a look at what we could see when the game is released and which players could topple Trout as king of The Show.
MLB・6 DAYS AGO
Houston Chronicle

Smith: Most desirable outcome of MLB lockout? A better game

It always looks selfish and silly when a sport’s billionaires and multimillionaires publicly fight over billions of dollars. It looked bad, then horrible in 1994 and ’95. It was severely out of touch and misguided in 2020, when the real world was suffering through the start of the coronavirus pandemic and Major League Baseball couldn’t get its act together to play more than a measly 60-game season.
NFL・4 DAYS AGO

Here’s a rundown of what baseball will face when it returns—whenever that may be.
MLB・2 DAYS AGO
Empire Sports Media

The New York Yankee family was saddened to learn of the passing of ex-Yankee manager Bill Virdon. Virdon was manager of the Yankees during 1974 and 1975 before being replaced in 1975 my the new manager Billy Martin. In 1974 he won 89 games for the Yankees. However, Virdon’s claim...
MLB・10 DAYS AGO
Tv20detroit.com

A former Boston Red Sox player who helped the team win a World Series title in 2007 has died. According to ESPN Deportes and Dominican newspaper Diario Libre, former shortstop Julio Lugo died of an apparent heart attack on Monday. Lugo's sister, Rina Lugo, told the sports outlet that her...
MLB・20 DAYS AGO
NJ.com

The Associated Press reports the Detroit Tigers added infielder Kody Clemens, the youngest son of seven-time Cy Young winner Roger Clemens, to their 40-man roster. The 25-year-old Clemens, an infielder, hit .247 with 18 homers and 59 RBIs in 97 games for the Mud Hens last season, his first year at Triple-A.
MLB・13 DAYS AGO

The New York Yankees seemingly have been tied to each free agent this offseason, but reportedly got one of their guys Monday. The Yankees signed former Boston Red Sox shortstop José Peraza to a minor league deal, according to Dan Martin of the New York Post. Peraza has bounced around...
MLB・6 DAYS AGO
The Spun

The Yankees are sending an infielder to LA. On Monday, the team reported Tyler Wade has been traded to the Angels. “The New York Yankees today announced that they have traded INF/OF Tyler Wade to the Los Angeles Angels,” the team announced on social media. The trade is for a...
MLB・13 DAYS AGO
FanSided

Before he reaches free agency next season, New York Yankees right fielder Aaron Judge clarifies his desire to stay in New York for the rest of his career. Ever since he debuted for the team in 2016, Aaron Judge has had an illustrious career with the Yankees. He began his...
MLB・20 DAYS AGO
Larry Brown Sports

After coming up short in this year’s playoffs, the Los Angeles Dodgers could be going back to their fundamentals: acquiring another big name. Bob Nightengale of USA Today Sports reported this week that the Dodgers are interested in former Cy Young candidate Sonny Gray, having engaged in trade talks with the Cincinnati Reds. Fellow Reds starter Luis Castillo was also included in those discussions, Nightengale adds.
MLB・21 DAYS AGO
FanSided

Andrew Heaney had a terrible end to his LA Angels career, and it didn’t end there. After posting a 5.27 ERA with the Angels in 18 starts last year, he went to the Yankees and posted a 7.32 ERA over 12 games (five starts). It was a really awful year for Heaney, and it would appear that he’d have a tough time finding a new home for next year. Besides, he hasn’t had a sub-4 ERA since 2015.
MLB・27 DAYS AGO
Inside The Dodgers

Hall of Fame manager Joe Torre only spent three years at the helm with the Dodgers. In his first season, he was able to manage the team to their first NL Championship Series in 20 years. But apparently, a young lefty named Clayton Kershaw wasn't his biggest fan. Torre said in an interview this week ...
MLB・18 DAYS AGO
Yardbarker

Red Sox right fielder Hunter Renfroe was unable to win his first career Gold Glove Award on Sunday night. Renfroe was named one of three finalists for the award among all American League right fielders late last month alongside Houston’s Kyle Tucker, but the honors on Sunday instead fell to Yankees outfielder Joey Gallo.
MLB・28 DAYS AGO
FanSided

The Dodgers lost Corey Seager to a monster free-agent deal with the Rangers and one of the deciding factors as to why he left LA has come to light. On Monday, the Texas Rangers signed former Los Angeles Dodgers infielder Corey Seager to a massive 10-year/$325 million contract. The front office and fans alike are sort of reeling and scratching their heads as to why/how they could lose out on Seager to the Rangers with Los Angeles being the second-largest market in the sport.
MLB・5 DAYS AGO