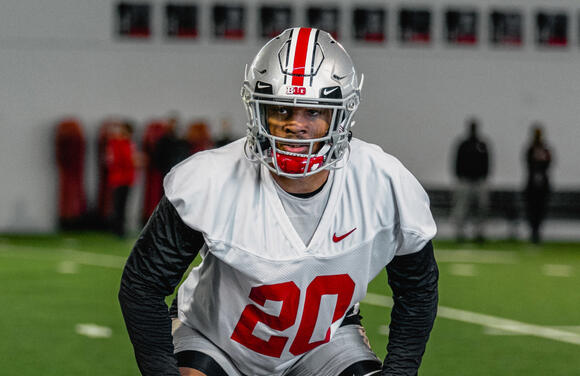 Ohio State’s already inexperienced linebackers room took another hit this week as head coach Ryan Day announced on Monday that redshirt freshman Mitchell Melton will be sidelined with a “long-term injury,” though he did not offer further details.

The 6-foot-3 and 242-pound Melton – who came to Columbus as a four-star prospect from Olney (Md.) Good Counsel – could be seen on crutches during the portion of Monday’s practice that was open to the media.

Gant is also out for the spring as he deals with a foot injury, though he’s expected to be healthy by the time fall camp rolls around.

“We’re going to have to do a great job in developing the young guys,” Day said. “We’re going to be a little bit thin as we head into the preseason, but I think we have a great plan.”

Of course, the injury is a setback for Melton in that regard, but the hope is that he’ll return to 100 percent and be able to contribute for the Buckeyes in the future.