What Gen Z Can Learn From Millennials’ Money Mistakes 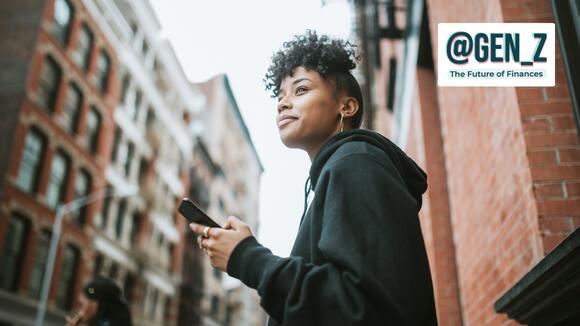 With the oldest among them born in 1997, many Gen Zers don’t even yet have jobs, credit cards or money of their own — and those who do are just getting started. That means they haven’t had time to make a lot of financial mistakes — yet . They can avoid some of the biggest and most disastrous money traps altogether simply by studying the ones that their immediate predecessors, the millennials, stumbled into while trying to find their own way in the world.

Gen Z Should Avoid Being Influenced by Influencers

Sabrina Hamilton, creator of the personal finance blog Finance Over Fifty , worries that millennials have based far too many of their spending choices on the imaginary lifestyles of the internet stars who rose to fame as they were coming of age.

“The influence of social media has left many millennials succumbing to the pressure of keeping up with their peers,” Hamilton said. “This has led to lifestyle inflation and increased debt.”

Research from Charles Schwab seems to confirm that suspicion. About half the millennials surveyed in the study reported being influenced to spend money they didn’t have by the lifestyles their idols portrayed on social media. Instagram-based pressure and temptation can be especially dangerous with non-housing big-ticket items, where big loans are often handed out with only the most modest of vetting.

Gen Z Should Drop Their Auto Loans Down a Gear

Millennials were actually less likely to buy homes as young adults than the Gen Xers above them, but they were notorious for overspending on cars — and the people who sold the cars didn’t exactly make it hard.

Find Out: 8 Surprising Industries That Are Thriving — and Have Millennials To Thank

“The automobile industry may possibly be the next housing crisis,” said Vadim Verdyan , financial advisor and head of advice with the financial service Albert . “During the housing crisis, you could get a NINJA loan, which stands for ‘no income, no job.’ The automobile industry isn’t that different. When you buy a car, they only really check your credit, and even then, if you have poor credit, that doesn’t mean you can’t get a car. It just means your interest rate will be very high. Outside of that, they may ask you what your income is, but paystubs or W-2s are not usually checked, nor is any underwriting completed to verify it. So, a person who makes $40,000 a year but doesn’t have that many bills could walk out of a dealership with a $35,000 car because they can technically make the payments.”

For many millennials, this meant years of making car payments that looked more like mortgage payments. When they’re scrolling their Instagram feeds, Gen Zers who are considering following in those same flashy footsteps should remember the basics of auto loans.

“Your car payment should not exceed 10% of your monthly income and 35% of your gross annual salary,” Verdyan said.

It’s hard to imagine there are many older people in America who don’t wish they had saved more money than they were young. Time is the single most valuable asset any investor can have — and Gen Z has more of it than anyone. Their older millennial counterparts, on the other hand, already squandered a lot of theirs.

“One financial mistake that millennials tend to make is not saving enough for retirement,” Hamilton said. “Median retirement savings for millennials is only $23,000, compared to $64,000 for Gen X. A growing trend also has millennials tapping their retirement accounts to pay off debt and supplement their low incomes.”

Another luxury of youth is that bad habits haven’t yet been formed — or at least not cemented. Aside from saving money, teens and young adults should prioritize financial education. The set just above them largely ignored that responsibility.

See: Baby Boomers, Gen X or Millennials — Who Really Had It Worst Financially?

“Another mistake many millennials make is not taking the initiative to learn about personal finance,” Hamilton said. “Most public schools no longer teach financial literacy skills, leaving this generation on their own to figure out sound money management.”

This article originally appeared on GOBankingRates.com : What Gen Z Can Learn From Millennials’ Money Mistakes

The raging coronavirus pandemic in 2020 forced many Americans to do something they likely never thought they'd have to: take a loan from their 401(k) plan. In fact, recognizing the economic...
INCOME TAX・23 HOURS AGO
GOBankingRates

The pandemic has changed many Americans' retirement plans, most notably those of younger generations, as Gen Z and millennials are now saying they intend to retire in their 50s, according to a new...
ECONOMY・2 HOURS AGO
GOBankingRates

No one starts out as an expert when it comes to finance and money. Typically, the best lessons are learned over time, through experience. As most baby boomers are now close to or moving through...
ECONOMY・1 DAY AGO
Minneapolis Star Tribune

What's behind the exodus of millennial women from the workforce?

Every month, researchers at the National Women's Law Center analyze data on women's workforce participation. They pore over numbers collected by the U.S. Bureau of Labor Statistics to map out where women stand in the economic recovery and how their recoveries differ based on factors such as race and industry.
SOCIETY・4 HOURS AGO

Why Investing Is the Wave of the Future for Gen Z

There was a time when young, unskilled workers could buy houses and start raising families right out of high school if they worked hard and saved their pennies. Those days are long over.  Their...
MARKETS・1 DAY AGO
GOBankingRates

Rachel Cruze is a personal finance expert and the author of "Know Yourself, Know Your Money." She is also the host of "The Rachel Cruze Show," where she shares practical tips to save more money, get...
PERSONAL FINANCE・3 DAYS AGO
GOBankingRates

For consumers today, America is much, much different than it was 50 years ago in the 1970s. For example, you can buy almost anything you want or need from your phone with easy monthly payments, the...
BUSINESS・5 DAYS AGO
GOBankingRates

Warren Buffett is quite possibly the greatest investor of all time. For decades, the CEO of Berkshire Hathaway -- nicknamed the "Oracle of Omaha" -- has shown his ability to read Wall Street like a...
MARKETS・5 DAYS AGO

Millennials or Gen Z: Who is doing the most job-hopping?

There were a record 4.3 million U.S. workers who quit their jobs in August. And it’s likely younger people made up the bulk of that group. Millennials and Gen Zers spend a significantly shorter amount of time in their jobs than older generations, according to a survey by CareerBuilder. Gen Z’s (age 6-24) average length of time spent at a job is 2 years and 3 months. For millennials (25-40) that figure is 2 years and 9 months, while Gen Xers (41-56) were at a job for an average of 5 years and 2 months, and baby boomers (57-75) spent 8 years and 3 months at a job, according to CareerBuilder.
CAREER DEVELOPMENT & ADVICE・6 DAYS AGO
benefitspro.com

The U.S. population now spans five generations of adults, ranging from Gen Z adults born as recently as 2002, to those in the Silent Generation, born in 1945 or earlier – with millennials, Gen X, and boomers in between. Each generation exhibits varying degrees of financial literacy. So which generation is the most financially literate?
ECONOMY・7 DAYS AGO
TIME

Gen Z and Millennials Are Leading a 'Great Reshuffle.' Here's What That Means

(To receive weekly emails of conversations with the world’s top CEOs and business decisionmakers, click here .) Something big is happening in American workplaces. Workers are gaining the upper hand as businesses struggle to mount an economic recovery in the midst of a nearly two-year pandemic. From c-suite offices to factory floors, employees are insisting on higher pay, more flexible hours, enhanced benefits and better treatment. And if their bosses can’t—or won’t—heed those demands, many people are going on strike , quitting their jobs or searching elsewhere for more rewarding work.
ECONOMY・9 DAYS AGO
Fortune

Subscribe to Fortune Daily to get essential business stories straight to your inbox each morning. It’s hard to find reason for hope in the midst of a seemingly endless deadly pandemic, increasingly irreversible climate catastrophe, growing inequality, and massive geopolitical unrest. Americans have felt fearful, lonesome, worried, and overwhelmed over the past year and a half—and yet they are notoriously optimistic. A recent ABC News/Ipsos poll found that 64% of Americans feel rosy about the future. The last time the nation’s collective outlook was anywhere near that was in 2006, a full decade and a half ago.
AMERICAS・13 DAYS AGO
Refinery29

Why Are Millennials And Gen Z The Loneliest Generations?

The need to connect with others is an innate, evolutionary drive. So when the world was sent into a series of lockdowns due to the pandemic, a whole new epidemic set in: loneliness. As outlined by Psychology Today, loneliness is the state of distress or discomfort that results when one...
MENTAL HEALTH・14 DAYS AGO
QSR magazine

The Key to Recruiting and Retaining Millennial and Gen Z Workers

It’s no secret that the current labor shortage is leaving a significant impact on the restaurant industry with some businesses limiting their hours or even closing permanently due to lack of staff. Amid this challenge, the makeup of the restaurant labor force is also changing – 75% of the workforce in 2020 was comprised of Gen Z or millennials. Many restaurants may need to re-think their recruitment strategies in order to attract and retain this particular talent pool.
PERSONAL FINANCE・1 DAY AGO
CNBC

The best habit you can get into if you want to become debt-free, according to a financial planner

For all its hardships, the pandemic has been helpful for a lot of savers, particularly workers who were lucky enough to weather Covid without losing income. Overall, the personal savings rate continues to be historically high, according to the Bureau of Economic Analysis, and credit card debt has decreased more than 15% since the pandemic started, according to the Federal Reserve Bank of New York.
BUSINESS・2 DAYS AGO
GOBankingRates

The 8 Best Side Hustles for Gen Z

Making money on the side can be lucrative, especially for those in Gen Z. If you're in Gen Z looking to earn some extra cash now, check out these side jobs.
ECONOMY・2 DAYS AGO
MarketWatch

My mom had my grandfather sign a trust leaving millions of dollars to two grandkids, shunning everyone else

‘It’s partially about the money, it’s a life-changing amount, but it’s more that it’s painful to realize mom left this cruel legacy for her dad.’
PERSONAL FINANCE・1 DAY AGO
GOBankingRates

So you think you know all you need to know about Social Security? If so, congratulations - you are in the minority when it comes to knowledge of the nation's biggest retirement benefits program -...
BUSINESS・4 DAYS AGO
Rolling Stone

The Basics of Marketing to Gen Z

Opinions expressed are solely those of the author and do not reflect the views of Rolling Stone editors or publishers. Everyone wants to market to Gen Z. They are, after all, the new generation of consumers — and already represent over $140 billion of spending power. But they’re a challenging group, those Gen Zers. They hold brands to high standards and you won’t find them in the traditional marketing channels.
ECONOMY・6 DAYS AGO