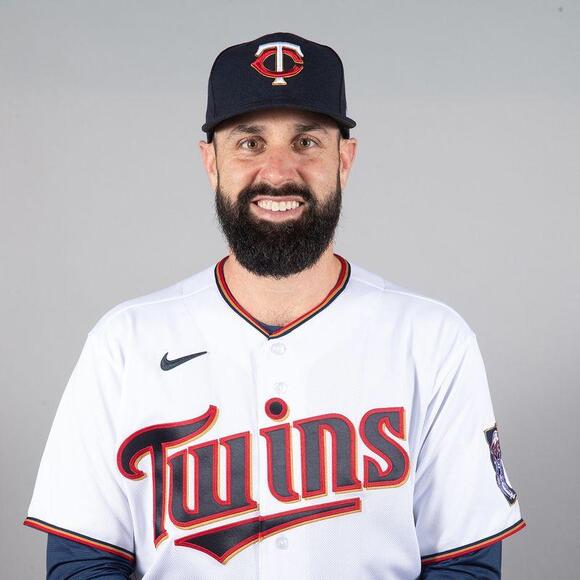 Injuries have sidetracked Matt Shoemaker’s career, but now the Minnesota Twins are hoping he can become a fixture in their rotation.

Shoemaker will make his first start of the season on Monday at the Detroit Tigers. The 34-year-old right-hander has made 18 starts in the past three years and just 32 in the past four seasons due to a variety of injuries.

In each of the past two seasons, he has pitched only 28 2/3 innings, last year reaching that total in six starts with the Toronto Blue Jays. Shoemaker signed a one-year, $2-million contract with Minnesota and earned a rotation spot in four spring starts and 12 1/3 innings of work, when he struck out eight and issued no walks.

“He came into this camp ready to go,” manager Rocco Baldelli said. “He didn’t use the camp as a way to ramp really up. From the first bullpen I saw him throw, there was an intensity there. There was a lot of focus, but he was already throwing the ball at a pretty high level for the entire camp.”

Shoemaker has a 3.86 ERA in 112 major-league appearances, including 104 starts, relying on control.

The injuries took a toll on Shoemaker, beginning in September 2016 when he was struck in the head by a line drive. His next two seasons were cut short by forearm injuries. In 2019, he tore the ACL in his left knee during a rundown play.

“My few freak -- not necessarily baseball-related injuries but it happened while playing baseball -- it just made me a stronger person, mentally and physically, just going through the rehabs,” he said. “You’ve got to obviously physically get stronger but mentally, when things like that happen for anyone, it’s a huge downer.”

Shoemaker comes into this season feeling upbeat and hopeful.

“I wish I never had to deal with any (injuries),” he said. “I want to go out there 30 or 32 starts every season, 200-plus innings. That’s what we all want to do. When you battle adversity, it shapes you, it makes you a better person if you handle it the right way and learn from it.”

Shoemaker has enjoyed great success against Detroit, posting a 4-1 record with an 0.68 ERA in six career starts.

He’ll be opposed by Jose Urena, who will be making his Tigers debut. Urena spent his first six seasons with Miami and was signed by Detroit on a one-year deal.

Like Shoemaker, Urena pitches to contact. He was 0-3 with a 5.40 ERA in five starts last season. He’s never faced the Twins.

The Tigers took two of three games from Cleveland in their opening series. Detroit lost 9-3 on Sunday but Akil Baddoo made some history, blasting the first pitch in his first major league at-bat for a homer.

Cleanup hitter Miguel Cabrera did not play in the series finale after cramping up on Saturday. He’s expected to be in the lineup on Monday.

“I was looking for a day off for him this homestand,” manager A.J. Hinch said. “It’s convenient, given he was a little bit sore coming out of (Saturday), and I want to get everybody some playing time. A little bit of both, but nothing I’m concerned about at this point.”

The Twins defeated Milwaukee two out of three games in their opening series, including an 8-2 win on Sunday. Outfielder Byron Buxton left the game early due to a non-COVID-19 illness and was listed as day-to-day.

October 1 - Pinch hitter Cal Raleigh hit a tiebreaking, walk-off home run with two outs in the ninth inning as the Seattle Mariners ended their 20-season playoff drought with a 2-1 victory against the visiting Oakland Athletics on Friday night.
SEATTLE, WA・3 HOURS AGO
Reuters

Baseball-The waiting game: No home run for Judge in return to New York

Predictions for Week 4 games in the NFL

The Cincinnati Bengals beat the Miami Dolphins 27-15 Thursday to begin Week 4 in the National Football League. Here are Pittsburgh Post-Gazette columnist Gerry Dulac’s predictions for the rest of the NFL’s Week 4 slate. SUNDAY Cleveland Browns (2-1) at Atlanta Falcons (1-2), 1 p.m. (CBS in Toledo) — The Browns have had a little extra rest after their victory against the Steelers, but they might have to catch their breath in Atlanta. The Falcons have had three games decided by a total of nine points and are coming off a four-point victory in Atlanta. ■ Prediction: Browns, 24-20
NFL・8 MINUTES AGO