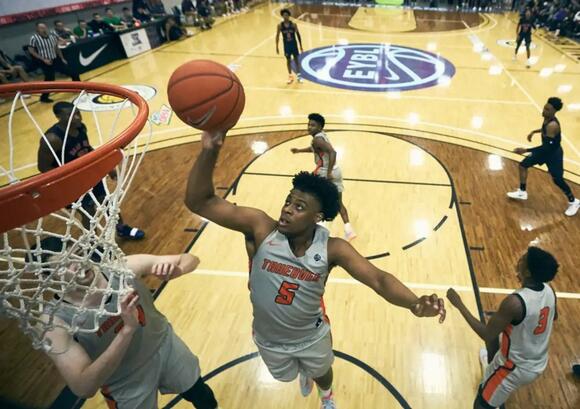 Duke added one of the top remaining prospects in the class of 2021 when shooting guard Trevor Keels committed to the Blue Devils.

Keels rejoins former high school teammate Jeremy Roach, who was a freshman for the Blue Devils this past season.

“That relationship with Coach K that I had was just different; we connected better," Keels told SI All-American’s Jason Jordan. "They're getting a person that wants to win. I'm all about winning. I'm gonna come in and try to get a national championship."

“Trevor does a little bit of everything; his versatility is amazing,” Keels’ high school coach Glenn Farello told NBC. “He does a great job of recognizing what needs to be done and he goes out and gets it accomplished. Whether it’s on the defensive end, getting a rebound on the back side, leading the break, finding a teammate or even when he needs to step up and go be a playmaker -- get to the rim or knock down a three-point shot -- it always seems like Trevor finds a way to make a big play in a big moment. That’s what he’s done for us for three years now.”

Keels will fill the spot vacated by one-and-done freshman DJ Steward, who announced Thursday that he would depart for the NBA Draft and hire an agent. Keels joins forward Paolo Banchero and wing A.J. Griffin in Duke’s 2021 class.