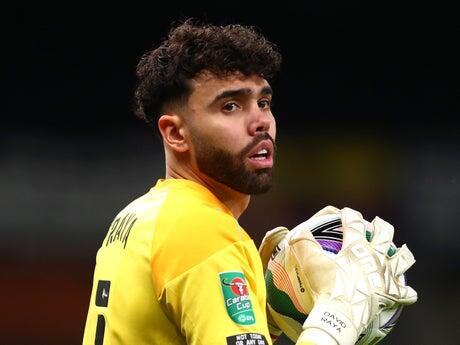 “Sometimes, football is cruel,” David Raya says as he revives the heartbreak of Brentford’s playoff final defeat . The goalkeeper had not only been a beacon of consistency, keeping 16 clean sheets as the club fell agonisingly short of automatic promotion, but a firebrand and the first port of call for their progressive football. What descended in extra-time at Wembley, he admits, amounted to a “freak” of daredevil ingenuity.

It might have taken a large set of binoculars for Joe Bryan, standing over a free-kick all of 40 yards out, to spot the goalkeeper standing off his line, but from the second the Fulham full-back struck the ball, Raya knew the rug had been ripped from beneath him. Off-balance, a little baffled, he scrambled in vain as the ball sailed in at the near post. It was a bitter sucker punch, and hardly what Brentford deserved, but something Raya makes clear he does not harbour as a regret.

“It was a tough time but everybody learnt from it and matured from it, and would do some things differently,” he says, with Brentford’s shot at redemption set to go down to the wire once again this season. “I felt bad in the way we conceded the goal but football is sometimes like that. I don’t think that was a mistake. That was my position I was in all season. If it wasn’t going to be that day, it’d be another. Even the gaffer, afterwards, said to me ‘next season I want you even higher’. That’s the assurance I needed at the time. You have to move on. If you think about it, you’ll just be more paranoid.”

With just 13 days off before returning for pre-season, the short break barely left enough time for Brentford’s players to reckon with their misfortune. But while Raya admits it was difficult to catch a breath, with his Premier League dream in purgatory, what stood out was how the pain also forced him to reflect on and appreciate the sacrifices he’s already made.

Raya was just 15, in the academy at UE Cornellà in Catalonia, when Blackburn brought him to Lancashire on trial. Determined and self-assured, he made an instant impression and was invited back six months later. “When that opportunity came, I wasn’t thinking about anything else,” he says. “I was just thinking about giving it my all and standing a chance. Before I signed, I spoke with my family. They were very clear, they said: ‘If you don’t go take the chance, you will always have regrets. You always have a home here. It was very hard at the start, my family came over every month to see me, but you get used to it and you mature earlier than other people in that aspect.”

But it was only once Raya was sent on loan, to Southport in the fourth division, that he realised how “easy” life had actually been at Blackburn. “You realise these players aren’t just playing football for the fun of it,” he says. “They’re fighting for the next mortgage instalment, the next bill. Then, it’s about winning to get the bonuses for your family. That gave me a touch of understanding, to take care of the good moments because not everybody is as lucky as we are. If I don’t make it, I’m not going to have any regrets, thinking I could’ve done this or that. I’m going to be happy with how hard I’ve worked every day. That’s what Southport taught me and, if I make my dream come true, it’s because of there that I’ll be where I am.”

If only a fingertip denied Raya and Brentford promotion, the summer also brought its own taunting of fate. Throughout the latter half of the transfer window, Arsenal made serious attempts to sign Raya, offering £10m under the guidance of goalkeeping coach Inaki Cana, who left the Bees to join Mikel Arteta’s coaching staff - Brentford paid Blackburn just £3m to sign Raya a year earlier. “Obviously, it was nice to see those rumours around but I don’t know much about it. I was here and I stayed here. I don’t pay attention until the offer is on the table,” he says, perhaps suppressing a smile. 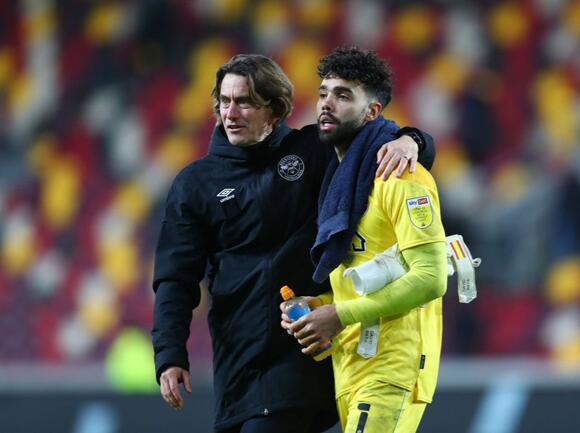 Raya is less reticent to discuss the lasting impact of Cana’s influence. “He helped me loads,” he says. “He’s a completely different character on the pitch, he’s very hardworking, very tough, and I think every goalkeeper who’s worked from him will tell you the same. You learn a lot, he puts you on your toes all the time, and he never lets you go down a level. He wants every single exercise 110 per cent, you cannot go 80. If you go 80, you cannot catch up, it’s impossible.”

Now, it is Brentford who are attempting to outrun their own recent record of near-misses. An inevitable hangover saw the club stumble in the early stages of the season, but an exhilarating 21-game unbeaten streak, alongside a run to the League Cup semi-finals in which they defeated Southampton, West Brom, Newcastle and Fulham , has left promotion within their grasp. “We knew last year we were good enough to make the step,” he says. “We showed it all season. We lost important players like Ollie [Watkins] , Said [Benrahma] , but the club did brilliantly to replace them. This season, we’ve shown it again. There are nine games to go. It’s the same procedure. That’s the motto we have.

“[At Southport], you realised that things don’t come easy or fast. You have to work hard and give your all. Hopefully, that dream [of playing in the Premier League] will come sooner rather than later, and I’ll be able to say I made it come true.”

Premier League clubs spent a record £815m in the January transfer window to complete a season of unprecedented investment.Chelsea led the way with a number of massive deals, spending a British-record £106.5 million on Enzo Fernandez on deadline day, as well as splashing out £88.5 million on Mykhailo Mudryk earlier in the month.Across England’s top flight, the gross spend was 90 per cent higher than the previous record set in 2018’s winter window and almost triple what was spent last year.Click here to sign up for our newsletters.
42 MINUTES AGO
The Independent

Who are the Premier League’s winners and losers after transfer window closes?

Premier League clubs invested a record £815million during the January transfer window to strengthen their squads for battles at both ends of the table.Here, the PA news agency takes a look at some of the winners and losers when the deadline passed.WinnersChelseaThe Blues were the biggest spenders of the January window, as Todd Boehly’s consortium laid out in excess of some £300m.A British-record £106.8m deal for Enzo Fernandez from Benfica was finally confirmed by the west London club on Wednesday morning to further bolster the options for head coach Graham Potter.However, with the likes of Mykhailo Mudryk, who arrived for...
2 HOURS AGO
The Independent

Choirs at the Principality Stadium will no longer be able to sing “Delilah”, the Welsh Rugby Union (WRU) has announced.The Tom Jones song, which peaked at second spot in the British charts in 1968, is a popular crowd standard at Wales games but will not be played or sung when the Six Nations begins in Cardiff on Saturday.The lyrics, penned by songwriter Barry Mason, describe the murder of a woman by her boyfriend after seeing her with another man.The ban comes after allegations were made in a BBC documentary last week of a “toxic” culture at the WRU that included...
1 HOUR AGO
The Independent

Hundreds from Dawid Malan and Jos Buttler in a sensational 232-run partnership in 211 balls bailed England out of trouble in the third and final ODI against South Africa.Bidding to avoid a series clean sweep and a sixth successive loss in this format, England lurched to 14 for three as Lungi Ngidi snared Jason Roy, Ben Duckett and Harry Brook on a two-paced Kimberley pitch.Malan (118 off 114 balls) and Buttler (131 off 127 balls) rebuilt slowly but gradually flowered, peppering the shorter straight boundaries, sharing 13 of England’s 19 sixes in their 346 for seven.England have recovered brilliantly after...
52 MINUTES AGO