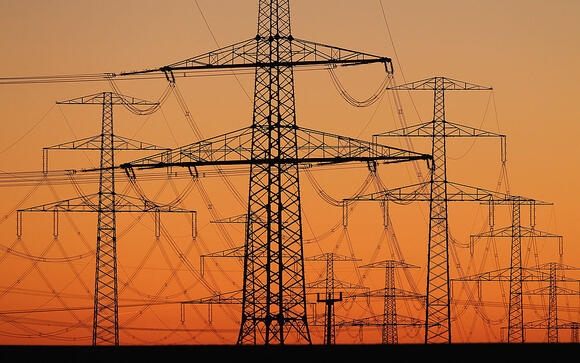 (AKRON, Ohio) As part of legislation that Gov. Mike DeWine signed on Wednesday, energy company FirstEnergy will be refunding about $26 million to customers of Ohio Edison, The Illuminating Company and Toledo Edison.

Per 19 News, the Associated Press reports the Akron-based company raised the $26 million from the other companies' customers through a "decoupling" provision contained within House Bill 6 (HB6), the controversial nuclear bailout bill that led to the arrest of former Ohio House Speaker Larry Householder.

DeWine's House Bill 128 (HB128) comes after the Public Utilities Commission of Ohio ordered FirstEnergy to refund the money it collected from the three energy providers at the request of the Ohio Consumers' Counsel, the station reports.

Formerly, "decoupling" allowed FirstEnergy to collect additional money in years where demand for electricity was low. Cleveland.com reports HB128 will render the practice moot, along with dropping the $1 billion nuclear bailout initiative from HB6, when it takes effect in 90 days.

The company agreed to stop collecting decoupling revenue in February of 2021 as part of a settlement in a lawsuit with Yost, according to 19 News.

In 2019, former FirstEnergy CEO Chuck Jones said decoupling "essentially takes about one-third of our company and I think makes it somewhat recession-proof," during a call with company investors, per Cleveland.com.

A Wednesday press release from FirstEnergy states its management team has "taken steps to reduce uncertainty affecting the company's Ohio utilities," both through the $26 million partial settlement and the company's decision "to not seek recovery of lost distribution revenue from residential and commercial customers."

There has been no word yet on when or how the money will be refunded.

Ohio senators voted to remove the nuclear bailout from HB6 on March 3, which would have propped up the state's pair of nuclear power plants, Perry near Cleveland and Davis-Besse closer to Toledo.

DeWine previously announced interest in repealing HB6 entirely in July of 2020 following Householder's arrest for allegedly accepting $60 million in bribes along with four other individuals, Cleveland.com reported last year. This came after the governor initially stated that the bill should be kept to preserve jobs at the plants.

FirstEnergy, Householder and four other individuals have been accused of accepting $60 million to grease the bill, with critics pointing to the fact that Householder assumed his role as speaker on Jan. 7, 2019, shortly before the bill was passed in May of the same year, per Wikipedia.

On March 6, Ohio Secretary of State Frank LaRose issued five new campaign finance charges against Householder, alleging he accepted contributions exceeding donation capacities, in addition to more than 150 other charges the state secretary had previously leveled against him.

(CNN) — The parents of the suspect in a shooting at Oxford High School in Michigan that left four students dead this week are facing involuntary manslaughter charges in those deaths. Legal experts were quick to point out that such charges are far from the norm -- it is James...
MICHIGAN STATE・4 HOURS AGO
The Hill

President Biden signed a short-term funding bill on Friday, averting a government shutdown hours before the deadline. A group of conservatives in the House and Senate had threatened the fate of the legislation over opposition to Biden’s coronavirus vaccine mandate before finally allowing the legislation to pass. The bill funds...
CONGRESS & COURTS・8 HOURS AGO
ABC News

The plan does not include more aggressive measures like requiring testing for domestic flights or mandating testing for passengers after their arrival in the U.S.
BETHESDA, MD・1 DAY AGO
ABC News

A blizzard warning has been issued for Hawaii, with at least 12 inches of snow forecast this weekend.
HAWAII STATE・1 HOUR AGO

An appeals court peppered DOJ attorneys Friday with questions over whether it's appropriate for the DOJ to defend Donald Trump against E. Jean Carroll's defamation suit.
POTUS・7 HOURS AGO
The Associated Press

Kremlin: Putin to seek guarantees over Ukraine from Biden

MOSCOW (AP) — The Kremlin said Friday that President Vladimir Putin will seek binding guarantees precluding NATO’s expansion to Ukraine during a planned call with U.S. President Joe Biden, while the Ukrainian defense minister warned that Russia could invade his country next month. With tensions between Russia and the West...
POLITICS・10 HOURS AGO
The Associated Press

THE HAGUE, Netherlands (AP) — South African scientists are warning that reinfections among people who’ve already battled COVID-19 appear to be more likely with the new omicron variant than with earlier coronavirus mutants. A research group has been tracking reinfections in South Africa and reported a jump with the arrival...
PUBLIC HEALTH・13 HOURS AGO
The Hill

The November jobs report gave a muddled picture of an improving economy. Overall job growth fell far short of expectations, with the U.S. adding just 210,000 of the roughly 500,000 jobs that analysts projected the economy to gain last month. Even so, the unemployment rate sunk from 4.6 percent to 4.2 percent, landing less than 1 percentage point above the pre-pandemic jobless rate.
BUSINESS・5 HOURS AGO

The Portland Trail Blazers fired general manager and president of basketball operations Neil Olshey after finishing an investigation into "concerns and complaints around our workplace environment at the practice facility," the team said Friday. In a statement, the Blazers said Olshey violated the teams' code of conduct. "Out of respect...
NBA・7 HOURS AGO
CBS News

The NFL has suspended three players without pay for misrepresenting their vaccine status, the league announced Thursday. Tampa Bay Buccaneers wide receiver Antonio Brown, his teammate Mike Edwards and free agent John Franklin III will each miss their next three games, the league said. The suspension comes after players were...
NFL・4 HOURS AGO