Finding space in your budget to save and invest isn't easy for everyone. In fact, a recent GOBankingRates survey found that 40% of Americans have less than $300 in savings. As such, plenty of Americans are facing a retirement where their only source of funds is a monthly check from the Social Security Administration.

See: How Long $500K Will Last in Retirement in Each State
Find Out: States Where Your Retirement Will Cost Less Than $45,000 a Year

Still, living on a fixed income doesn't mean you have to miss out on a satisfying retirement. In the right place, you might discover that you can stretch your budget further and spend your golden years enjoying yourself. To help you find such a place, a GOBankingRates study identified American cities where you can realistically retire on a budget of $1,500 a month .

Read: 14 Key Signs You Will Run Out of Money in Retirement

The study took the cost-of-living index from Sperling's Best Places and applied it to customer expenditure data from the Bureau of Labor Statistics to find the average cost of living in the given city. The average rent for a one-bedroom apartment in each city was also sourced from ApartmentList. Locations that fell below a certain livability score on AreaVibes or had a below-average portion of the population above 65 were eliminated, and only the places offering the best combination of bills under $1,500 and strong livability for seniors were left.

So, take a look to see which American cities give you a chance to retire even if you're not rich.

Where To Live: These Are the 50 Best Cities for Renters 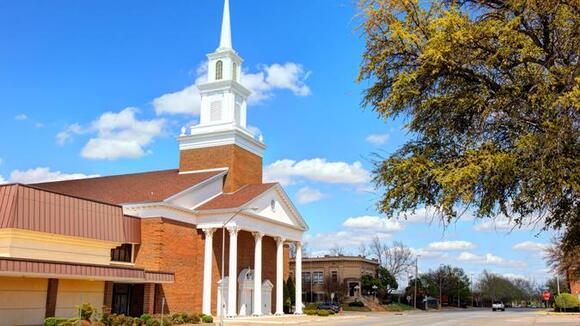 In Lawton, retirees can expect to spend a bundle on healthcare. Average monthly costs of $660.52 are higher than rent, which comes in at an affordable $519. The city of about 93,000 people has the lowest grocery costs in the study at an average of $304.73 per month.

Planning for Retirement? Here's Exactly How Much Savings You Need To Retire In Your State 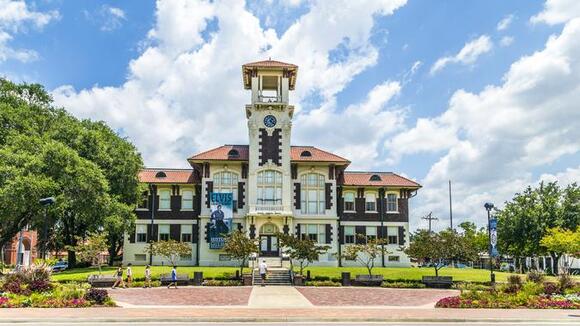 Located along Interstate 10 between Houston and New Orleans, Lake Charles offers plenty of things for retirees to do, from enjoying museums to water activities to wildlife experiences. It is one of three cities on the list with an average monthly rent of less than $600 but healthcare costs higher than $500 a month.

Find Out: The Average Retirement Age in Every State 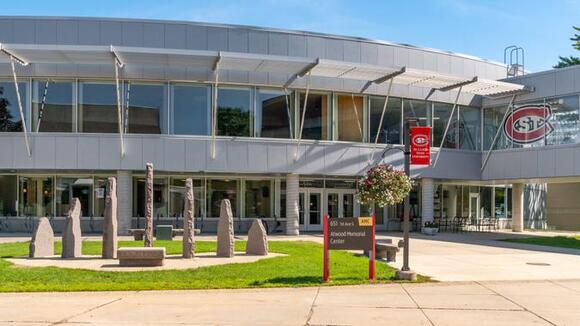 St. Cloud, about an hour's drive northwest of Minneapolis, has the lowest monthly healthcare costs on the list, an average of $444.71. The grocery costs are the highest, however, at $328.43.

See: How Long $1 Million in Savings Will Last in Every State 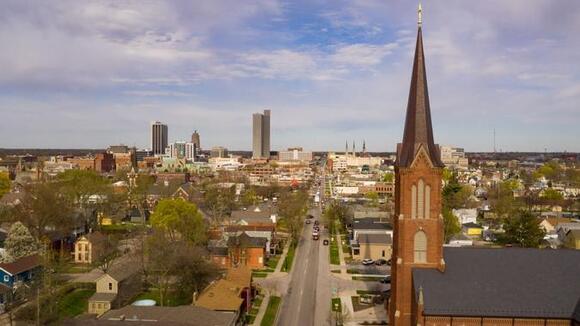 Retirees who settle in Fort Wayne would find it affordable, as well as a great place to make friends. People ages 65 or older make up 14 % of the city's population. Rent averages $634 per month but healthcare costs are $453.83 a month -- the second-lowest rate in the study.

Be Careful: 35 Retirement Planning Mistakes That Waste Your Money 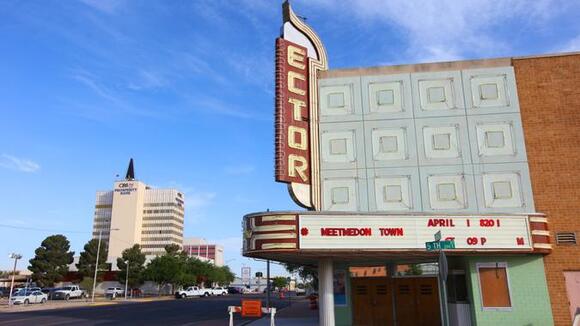 Odessa, in western Texas, is known for its oil rigs, Friday night high school football and a working re-creation of William Shakespeare's Globe Theatre. With the lowest average monthly rent on the list, $487, retirees should have a few dollars to spare for football or theater tickets.

Jami Farkas contributed to the reporting for this article.

Methodology: For this study, GOBankingRates found the best cities to retire on a monthly budget of $1,500 or less. GOBankingRates used ApartmentList February 2021 data to find every city in the U.S. that has (1) an average 2021 monthly rent of $750 or less for a 1 bedroom apartment. GOBankingRates then used Sperling's Best to find the cost of living index for every city on the list, looking at (2) grocery and (3) healthcare index scores. Next, GOBankingRates used data from the Bureau of Labor Statistics' 2019 Consumer Expenditure Survey to find the annual expenditure amount for both grocery ("food at home") and healthcare costs for people aged 65 and older, then determined the expenses on a monthly basis. GOBankingRates added monthly housing, grocery and healthcare costs together to find where a person 65 and older could survive on $1,500 or less. In order for a city to be qualified for the study, it had to have a livabilty score of 65 or higher as sourced from AreaVibes and its population had to be 10% or more over the age of 65, according to the Census Bureau's 2019 American Community Survey. All data was collected on and up to date as of March 10, 2021.

This article originally appeared on GOBankingRates.com : Best Cities To Retire on a Budget of $1,500 a Month

When it comes to living expenses, the truth is that most Americans subsist on a very thin margin, even if their earnings are solid. A recent survey from PYMTS revealed that 125 million American...
ECONOMY・6 HOURS AGO
GOBankingRates

How Social Security, Wage Hikes and SNAP Will Alleviate Inflation in 2022

With inflation expected to keep rising into the new year, Americans can use all the financial help they can get in 2022. Fortunately, some will get a boost in income to help them cope with higher...
AGRICULTURE・6 HOURS AGO
GOBankingRates

What Income Level Is Considered Middle Class in Your State?

What is considered middle class? Middle Class can vary by state and a range of incomes fall under middle class. Find out here if you are in the middle class.
ECONOMY・1 DAY AGO
chronicle99.com

U.S. citizens will get a financial boost ahead of Christmas. The governments of several U.S. states have decided to issue stimulus checks to their residents. The additional monetary support will be a welcome relief for the citizens before the holidays. According to an article published by MARCA on November 26, the government authorities have planned to provide these benefits as universal basic income.
ECONOMY・20 HOURS AGO

Long after COVID shut down the economy in early 2020, the epidemic persists. The Delta variety is still creating positive instances, albeit at a lower rate, and President Biden has urged for immunizations to be made more widely available. The economy as a whole has recovered from the effects of the epidemic.
HOUSE RENT・1 DAY AGO
FingerLakes1.com

Millions of Americans can expect a payment from their state or city before Christmas this year. The forms of payment may be a one time stimulus check, or even Universal Basic Income, which recurs. This will help many struggling families be able to provide for their families during Christmas this...
PERSONAL FINANCE・1 DAY AGO
GOBankingRates

If you're struggling to make ends meet, it might have something to do with where you live. It can be tough to stretch even a big paycheck far enough to pay for necessities and have money left over for...
REAL ESTATE・12 HOURS AGO
wrbl.com

Best places to retire in Georgia

(STACKER) – For many people, retirement is the reward after decades of working and raising a family. After all that anticipation, deciding where to spend that precious time can be a tough decision, so Stacker looked to data and rankings from Niche to compile a list of the best places to retire in Georgia. Niche ranks places to retire based on a variety of factors including cost of living, health care, recreation, and weather.
GEORGIA STATE・1 DAY AGO

Surprise checks are going out to eligible Americans worth $500 to $1,800 before Christmas

Some struggling Americans will have the good fortune of coming into some stimulus cash before Christmas. Payments range from $500 to $1,800 dollars. The cash is coming in just after millions of Americans received their second to last child tax credit payment on Nov. 15. State level stimulus checks are...
SURPRISE, NY・3 DAYS AGO
GOBankingRates

The Senior Citizens League (TSCL), one of the largest nonpartisan senior citizens advocacy groups, currently has a petition to garner support and attention for an emergency $1,400 stimulus check to...
BUSINESS・2 DAYS AGO
GOBankingRates

If you want to stretch your retirement savings as far as possible, don't focus solely on the cheapest places to retire. Pay attention to taxes in the places you're considering, too, because they can...
INCOME TAX・16 HOURS AGO
NewsRadio 740 KTRH

The number of retirees re-entering the job market is picking up. Older Americans are coming out of retirement. A trend seen by many as a positive for a labor market in desperate need of workers.
ECONOMY・1 DAY AGO

11 Benefits of Downsizing Your Home

The housing market is still sizzling hot, with single family homes in steep demand. Those who are looking to cash in on the momentum, might want to consider downsizing. Not only will they be cutting...
LOS ANGELES, CA・6 HOURS AGO
GOBankingRates

The Best (and Worst) US Cities for Work-Life Balance

The boundary between work and home life had already become hazy in the 21st century due to technological advances, particularly in the field of communications. Email, messaging apps, video calling and...
WISCONSIN STATE・15 HOURS AGO
GOBankingRates

While older Americans proved especially vulnerable to the coronavirus' worst ravages, no age group was immune from the pandemic's economic fallout. All demographics were forced to change their money...
ECONOMY・15 HOURS AGO
24/7 Wall St.

This Is The American City With The Smallest Income Gap

No effort to change the income gap has worked. Most recently, some members of Congress wanted a special tax on America’s 700 billionaire families. (No one can be sure that is the right number.) That failed. Nevertheless, new legislation is likely to raise taxes on those who make $400,000 a year or more. Even a […]
INCOME TAX・2 DAYS AGO
NewsRadio WFLA

People in This State Can’t Pay Their Energy Bills

At least two things have happened to affect the ability of people to pay their energy bills since COVID-19 began. And in Texas — the state where the most people struggle with energy bills — one more thing did. Nationwide, millions of people are still out of work. According to the Bureau of Labor Statistics, […]
CALIFORNIA STATE・1 DAY AGO
utv44.com

BALTIMORE (WBFF/WKRC) - There's a debate underway in Washington D.C. as to whether more stimulus money will be sent to American families. Previous rounds of COVID stimulus payments sent money to families in the order of $1,200, $600, and $1,400 - the last one being part of the American Rescue Plan signed into law by President Biden in March of 2021. The American Rescue Plan also sent money directly to families in the form of the expanded federal Child Tax Credit. The first half of the newly expanded credit is being delivered directly to families.
ECONOMY・5 DAYS AGO
GOBankingRates

What a Comfortable Retirement Will Cost You in Each State