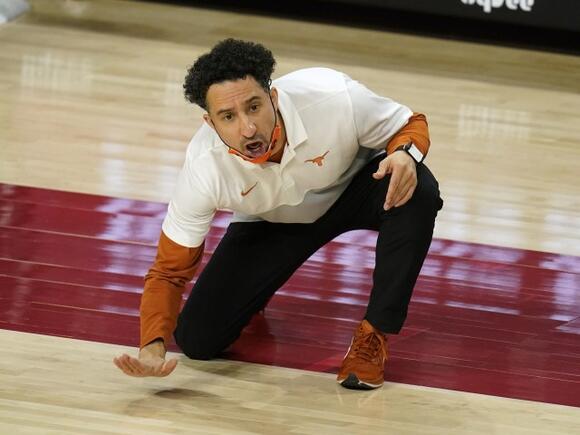 Smart, a Wisconsin native, most recently coached the University of Texas Longhorns.

Former Marquette and NBA players weighed in on the hire ahead of Monday's press conference.

"He's got a really good background. He probably has more experience as a head coach than just about every other coach we've had even since Al McGuire," said Jim McIlvaine, a Racine native who played basketball for Marquette University before moving on to the NBA.

"First and foremost, you're going to be a leader of young men and I think you have to be a high character to take that position, and Shaka being a hometown guy, Madison native I've heard nothing but good things," said Tony Smith, who is from Wauwatosa and also played for Marquette then went on to the NBA.

Smart has had some success most notably during his time at VCU.

"I think Shaka has proven himself to be very relatable to a lot of the players in today's game and I think we're not gonna see a lot of turnover with the current players on the roster. I think we’re going to see some very talented very good kids come into the program under him," said McIlvaine.

Smart is also the first black coach in the program's history.

Former player and now radio host of the Homer and Tony on ESPN Milwaukee, Smith said Smart's hire is a significant moment as a high number of African American kids play college ball.

"People can underestimate the effect of that seeing someone your own color in a high position being in control of things running an entire program, but also being a guy of great character so it's gonna be a huge boost a lot of different kids," said Smith.

The Los Angeles Lakers have already unleashed a slew of offseason moves ahead of the 2021-22 season. And on Tuesday afternoon, the 2020 NBA champs added another free-agent addition to the list. According to ESPN NBA insider Adrian Wojnaroski, the Lakers have signed former Miami Heat guard Kendrick Nunn to...

Chris Paul has broken the boundaries of NBA contract negotiations. Somehow, at 36-years-old, the veteran star has agreed to terms on a 4-year deal worth roughly $120 million. Amid all the noise in a wild opening day of free agency, Paul issued the following statement about his new (and possibly last) max-level NBA contract.

Returning Los Angeles Lakers veteran Dwight Howard jabbed former Philadelphia 76ers teammate Ben Simmons in a farewell note to the Sixers organization and its fans. Howard signed with the Lakers after spending just one year with the 76ers. Though his time in Philly was short, it’s clear from his social media message that Howard was happy with the team.

The Los Angeles Lakers’ recent acquisition of veteran Carmelo Anthony led some to speculate that former Miami Heat superstar Dwyane Wade may hop out of retirement to join the stacked squad. However, it doesn’t appear that four-time MVP LeBron James and Anthony will be seeing the services of their good...

Kevin Durant, Damian Lillard, and the rest of Team USA dropped their second straight defeat, this time at the hands of Team Australia. After a surprising defeat against Nigeria on Saturday, the might national team couldn’t bounce back and fell flat against Patty Mills, Joe Ingles, and the rest of the team from down under in a tough 91-83 loss.

Alabama is still No. 1, and until the reigning champions are defeated, they'll likely stay there. How do the rest of the college football top 25 rankings fall?

The finishing touches of the multiteam trade that allows the Los Angeles Lakers to get Russell Westbrook and the Washington Wizards to land Spencer Dinwiddie are slowly materializing. It appears the Lakers will net an additional second-round pick in the deal from the Wizards via the Chicago Bulls. Prior the...

We’re right in the thick of NBA free agency and getting all kinds of cool trades across the league. The latest big trade comes from two Western Conference powerhouses. According to ESPN NBA insider Adrian Wojnarowski, the Golden State Warriors have traded forward Eric Paschall to the Utah Jazz in exchange for a protected second-round pick. Paschall averaged 9.5 points, 3.2 rebounds and 1.3 assists per game last season.

Big 12 commissioner Bob Bowlsby took a shot at Maryland and Rutgers at a hearing at the Texas State Senate on Monday afternoon. Bowlsby has been answering questions from state senators regarding Texas and Oklahoma’s decision to bolt for the SEC. He was asked why it seems like this round of realignment has bigger implications than previous versions.

Kyle Kuzma changes his GOAT pick after Lakers traded him

Kyle Kuzma was traded by the Los Angeles Lakers this week as part of a deal that will land Russell Westbrook in L.A. Now that Kuzma is moving on, his three-year partnership with LeBron James has concluded. The pair has had an interesting relationship, to say the least. They have had some pretty brutal public exchanges, leading to speculation that they don’t like each other too much.

The Houston Rockets traded Russell Westbrook before the 2020-21 NBA season began, and then they traded away James Harden in January, thus entering a new era of Rockets basketball. With young players already making a name for themselves in Houston in Christian Wood, Jae’Sean Tate, Kevin Porter Jr. and Kenyon...

ESPN released its preseason college football rankings and a few teams are overrated while a couple stands out as being underrated entering the 2021 season. While ESPN did a fine job ranking its top 25 teams heading into fall camp, there are a few college football programs that are either getting too much love or not enough.

When Eric Paschall fell out of the Warriors' rotation last season, it was the result of a few different circumstances. First, it was injuries, and then it was someone coming in and convincingly taking his minutes. But by the end of the season, there was no clear role left for...

The Warriors traded Eric Paschall to the Utah Jazz on Wednesday for a 2026 second-round draft pick. Golden State wanted to open up a roster spot, but that doesn't mean Paschall won't be missed. Steph Curry and Draymond Green took to Instagram to say their goodbyes and offer up warm...

On Wednesday, the college football world received major news regarding Notre Dame’s home opener for the 2021 season. Notre Dame’s matchup with Toledo on Sept. 11 will be exclusively on Peacock, NBC’s exclusive streaming service. The network also announced that all home games for the Fighting Irish will be streamed on the app this season.

It’s generally believed the Boston Celtics‘ roster, as currently constructed, will never win an NBA championship. And Marcus Smart could be on the move this offseason, as a result. According to Chris Mannix of Sports Illustrated, Brad Stevens wants to trade Smart ahead of the 2021 season. Stevens has reportedly...