What Is Polkadot and Is It a Good Investment? 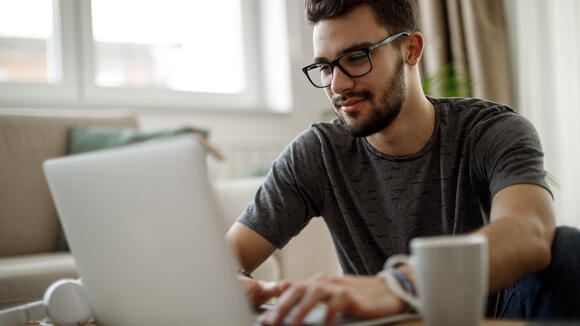 Polkadot is a relatively new cryptocurrency quickly gaining popularity . Bitcoin still tops the list for cryptocurrency and isn’t at risk of being dethroned anytime soon. But Polkadot is rising in rank and threatens other high-ranking cryptocurrencies like Ethereum.

How Does Polkadot Work?

Polkadot cryptocurrency is set up as a blockchain — a way of storing information that works similarly to a database. Blockchain technology stores information to create:

How Blockchains Differ From Banks

Whereas a banking network is a centralized system, where a central bank oversees the banks farther down the network, blockchains are decentralized — there is no centralized oversight. In addition, banks are highly regulated by the government. Blockchain, on the other hand, is, for now, mostly unregulated, leaving it vulnerable to exploitation by criminals who use it to transfer money undetected.

Banks’ centralized networks make them easier to hack than blockchains, but your money is generally safe in a bank. That’s because the Electronic Fund Transfer Act makes banks responsible for losses due to fraudulent transfers. Your crypto wallet has no such protection, and because transactions are anonymous and irreversible, it’s unlikely that you’d recover your cryptocurrency in the event it was stolen.

Where user experience is concerned, cryptocurrency has a significant benefit over banks — blockchain transactions can be completed in less than an hour, whereas bank transactions can take a day or two.

How Is Polkadot Different Than the Competition?

However, there is a charge for each task with Ethereum, so the cost of more complex transactions adds up quickly. And Ethereum has only one “lane” for transactions, which can lead to network congestion.

Polkadot is different because it offers parachains, short for parallel chains, which are series of connected blockchains. These blockchains run alongside one another in a way that speeds up transactions. Having multiple lanes to complete transactions leaves less chance for network overload.

Additionally, Polkadot created protocols that allow its network to interact with other blockchains. Since its blockchain network is flexible, it has an increased ability to pivot and serve more specific needs.

Polkadot has also captured the attention of Europe’s largest telecom company, Deutsch Telekom, which has a history of supporting blockchain technology, according to CoinDesk. Its subsidiary, T-Systems Multimedia Solutions, has already purchased a significant amount of DOT and will provide infrastructure to users who stake assets on Polkadot — “staking” being a process for verifying crypto transactions.

Why Are Investors Choosing Polkadot?

Polkadot is gaining interest from investors because it is more interactive. Developers can link blockchains to the Polkadot system and even create entirely new blockchains. When investors see developers flocking to new technology, it catches their attention.

When it comes to Bitcoin and Ethereum , investors often have to buy fractions of coins based on their value. Polkadot, which currently trades at $27.63, is more affordable, making it a more enticing purchase.

The Strategy Behind Choosing Polkadot

As cryptocurrency becomes more popular, upstarts like Polkadot will take some of the market share from major players like Bitcoin and Ethereum. Ethereum is up more than 171% over the last 12 months. It easily beat Bitcoin in growth in 2021. However, many investors are turning toward up-and-coming blockchain networks that provide alternatives to Ethereum — “Ethereum killers,” as some have dubbed these newcomers.

As an investor, you have the most to gain, albeit at greater risk, from investing in a budding new crypto opportunity that shows a lot of potential.

Potential Benefits of Investing In Polkadot

Some investors see Polkadot as an inevitable progression of cryptocurrency. It’s the next step in improving blockchain technology. It’s a scalable business model, leaving lots of room for growth. For investors, business growth means an increase in value.

It also has a foundation designed to reward those who hold DOT. Token holders have governance rights over the entire platform, Binance explained, including voting rights on:

Polkadot weeds out bad investors by releasing their DOT tokens into the ecosystem. This leaves room for serious investors to help Polkadot improve the way it offers services.

Potential Risks of Investing In Polkadot

Polkadot was created by Ethereum founder Gavin Wood and introduced in 2016 via a whitepaper. At fewer than five years old, with less than two years on the market, it has little track record for comparison, which makes it significantly riskier. Other risks include:

Is Polkadot a Good Investment?

Polkadot is still very young. If you like taking risks, your investment could pay off big in the long run. But it could also go bust if a newer, better technology comes along in the form of a competitor and overtakes Polkadot.

While Polkadot has many projects in the pipeline, it will take some time for this new cryptocurrency to see true success. The good news is that it already has monetary value in exchanges, making it a crypto worth watching .

Daria Uhlig contributed to the reporting for this article.

This article originally appeared on GOBankingRates.com : What Is Polkadot and Is It a Good Investment?

20 Investments That Are Recession-Proof

Here’s a look at some recession-proof options, as well as some ideas for what may outperform nearer to the end of the recession.
BUSINESS・1 DAY AGO
GOBankingRates

What do you know about cryptocurrency? GOBankingRates recently surveyed 1,037 Americans to find out if they actively invest in crypto, and findings revealed that 60% do not because they don't...
MARKETS・12 HOURS AGO
GOBankingRates

According to the U.S. Department of Agriculture, emergency allotments were authorized under the Families First Coronavirus Response Act to help address temporary food needs during the pandemic for...
POLITICS・3 DAYS AGO
GOBankingRates

Social Security is an essential safety net for many Americans. Even if you haven't saved enough for retirement, you can still count on Social Security benefits in retirement. Read: 14 Key Signs You...
ADVOCACY・12 HOURS AGO

If you've joined the remote-work revolution, you might have the opportunity to move wherever you want for the first time in your career. If you're looking for a change of pace in a brand-new place,...
TRAVEL・2 DAYS AGO
GOBankingRates

May is shaping up to be a pivotal month for the Supplemental Nutrition Assistance Program (SNAP), which helps more than 41 million people avoid food insecurity. As America's biggest anti-hunger...
PUBLIC HEALTH・2 DAYS AGO

You're planning to retire in the not-so-distant future, which means you'll be living on a fixed income. Therefore, you're looking for a new hometown where you can enjoy life while stretching your...
ECONOMY・12 HOURS AGO
ohmymag.co.uk

Blackout and crisis preparedness expert Herbert Saurugg has recently warned against the complete power grid blackout that could plunge entire Europe into darkness. He predicts a widespread blackout could be lurking in the not too distant future and such an event can cause extremely chaotic conditions worldwide. However, those who are prepared for an emergency can definitely bridge the difficult days well.
ENERGY INDUSTRY・22 DAYS AGO
GOBankingRates

10 Costco Brand Items With the Best Bargains in May

Back in 1976, Costco was just starting out and existed as a single location in San Diego, California. Fast forward 45 years later and you've got one of the most epic retail institutions around, with...
SAN DIEGO, CA・2 DAYS AGO
GOBankingRates

A single quarter could be worth more than $200 -- and it has nothing to do with inflation. Learn: 5 Collector's Items Worth Selling for Extra CashExplore: 22 Side Gigs That Can Make You Richer Than a...
BUSINESS・3 HOURS AGO

Social Security benefits are paid out through a complex formula that factors in how much a taxpayer earned during their working career and at which age they file for benefits. When taken en masse, the...
ECONOMY・1 DAY AGO
GOBankingRates

25 Things You Should Never Do With Your Money

There is possibly an endless list of things you shouldn't do with your money. But from bad habits to decisions based on wishful thinking, some of the bigger missteps can really cost you. Discover:...
PERSONAL FINANCE・1 DAY AGO
GOBankingRates

Hold on to your wallet. Due to inflation and prices surging for natural gas, heating oil and other fuels, you will see a significant rise in your utility bills. So if you've opened your electric bill...
ENERGY INDUSTRY・6 HOURS AGO
GOBankingRates

Network ratings plummeted more than 30% for the major cable news networks in 2021, but being a cable news network host is still a lucrative job. Looking at the 25 most-watched cable news shows from...
CELEBRITIES・10 HOURS AGO
GOBankingRates

Social Security Schedule: When Benefits Will Arrive in May 2022

The next round of Social Security checks is due to go out in early May. Approximately 64 million Social Security beneficiaries are seeing the largest cost-of-living adjustment increase in nearly 40...
BUSINESS・2 DAYS AGO
GOBankingRates

6 Bad Habits That Hike Up Your Grocery Bill

$150-$300: That's the average amount of money per month, per person that people are spending on food, according to the budgeting app Mint.com. That estimated target varies by age and location, but...
GROCERY & SUPERMAKET・10 HOURS AGO
GOBankingRates

May is almost here, and millions of households are looking forward to their next SNAP payments. See: Surprising Things You Can Buy With Food StampsFind: SNAP 2022 -- Is My State Giving Out Extra Money...
AGRICULTURE・3 DAYS AGO