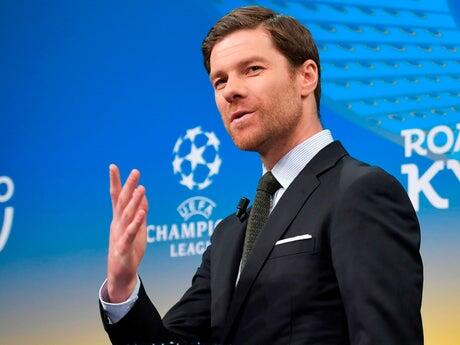 Xabi Alonso has signed a new contract to remain head coach of the Real Sociedad B team, despite speculation linking him with a first senior manager role.

The former Liverpool, Real Madrid and Bayern Munich man took over two years ago at La Real’s second string - where his playing career started - and had been reported in the German media to be the choice of Borussia Monchengladbach to replace Marco Rose, who is heading to Borussia Dortmund at the end of the season .

However, a strong season with the B team has convinced Alonso to sign a new one-year deal to stay in place for 2021/22.

In a short statement on the club website, the World Cup winner said he “wanted to keep growing in the project” and that he holds “more objectives and ambitions for this season”.

Real Sociedad B are currently top of their group in the Segunda B, the regionalised third tier of the game in Spain.

In the Bundesliga, ‘Gladbach have dropped down to 10th place after a dismal recent run of form, leaving them nine points off the Champions League spots.

Alonso came through the Real Sociedad academy system and played well over 100 games for the first team, before his move to Liverpool under Rafa Benitez in 2004.

After wrapping up his playing days at Bayern Munich, Alonso, now 39, took his first steps in coaching with the Real Madrid U14 side, spending a year at La Fabrica before moving to Real Sociedad B, where he will now be in charge for a third season.

Why Is a Soccer Rivalry Match Called a Derby?

In the world of soccer, there's nothing more exciting than a big derby. But have you ever wondered how those matches got their name? The post Why Is a Soccer Rivalry Match Called a Derby? appeared first on Sportscasting | Pure Sports.
PREMIER LEAGUE・13 MINUTES AGO
Daily Mail

EXCLUSIVE: 'It was hard and I did wonder if I had made a mistake to come here': Joelinton relishing his renaissance at Newcastle after 'genius' Eddie Howe's moving of him from an out-of-place no.9 to imperative midfield destroyer

More than three years after his arrival at Newcastle United, not everything in Joelinton’s life is perfect. Some people, for example, are still getting his name wrong. It’s not just the pronunciation. It turns out everybody gets that wrong. But his actual name. ‘The way people say it,...
PREMIER LEAGUE・20 MINUTES AGO
The Independent

Follow live coverage as Angers SCO take on Olympique Marseille in Ligue 1 today.Paris Saint-Germain are the box-office draw of the French top flight with some of the world's very best players including Lionel Messi and Neymar plying their trade in the capital.After Lille produced one of the shocks of recent seasons in the European game by pipping them to the post in 2020/21, PSG returned to the summit of the French game in 2022.Saint-Etienne are the record winners with 10 league titles in their illustrious history, but none since 1981. Marseille have won it nine times while Monaco, who are actually based in a foreign country making it a cross-border competition, eight-time champions.Nantes hold the record for the most consecutive matches without defeat (32) and also boast the least number of defeats in a single season (1) in 1994/95.We will bring you all the action and updates from today's game in the live blog below:
SOCCER・3 HOURS AGO
The Independent

Follow live coverage as Hull City face Luton Town in the Championship today.English football's second tier is one of the most-watched leagues in Europe with a relentless fixture schedule and the prize of a place in the Premier League on offer combining to make it one of the most dramatic and exciting competitions in world football.Burnley were relegated from the top tier in 2022 but return refreshed and hopeful of making it back and equally Watford no doubt enjoyed their time in the Premier League too and are also keen to return.Norwich know what it takes to earn promotion from the Championship and will again be one of the favourites to do it again with one of the best squads in the division.It isn't all about the battle for promotion, either, with Wigan, Rotherham and play-off winners Sunderland hoping their ascensions from League One aren't short-lived as they battle to avoid the drop at the bottom.We will bring you all the action and updates from today's game in the live blog below:
PREMIER LEAGUE・3 HOURS AGO