In a match that lasted 3 hours, 19 minutes, Kwon had two chances to seal a victory at 4-5 of the third set. However, Ivashka won both points and the game, then pulled away in the final tiebreaker.

Ivashka wound up with a 20-3 edge in aces, and Kwon committed nine double faults to Ivashka’s three. The Belarusian advances to a second-round matchup against sixth-seeded Canadian Denis Shapovalov.

Floridian Sebastian Korda had a much easier time in his opening match, routing Moldova’s Radu Albot 6-3, 6-0 in 77 minutes.

Korda saved all five break points he faced in the evening match.

“I’ve been watching him since I was a kid, so it’s going to be a fun match,” Korda, 20, said of Fognini, 33. “I’ll play him in doubles (Friday), and hopefully I get a little feel for his game and hopefully get ready for (the singles match) Saturday.”

Another Italian, Lorenzo Musetti, continued his strong run with a 6-4, 6-4 victory over American wild-card entrant Michael Mmoh. Last week, Musetti reached the main draw of the Abierto Mexicano Telcel in Acapulco, Mexico, as a qualifier, then beat third-seeded Diego Schwartzman of Argentina and fifth-seeded Grigor Dimitrov of Bulgaria en route to the semifinals. His run ended with a loss to top-seeded Stefanos Tsitsipas.

“Last week was a fantastic run in Acapulco,” Musetti said postmatch Thursday. “Michael, I knew he was a great opponent. I played a really good match, it was a tough match. (It was) really intense and I really enjoyed (playing) here. I’m really happy.” 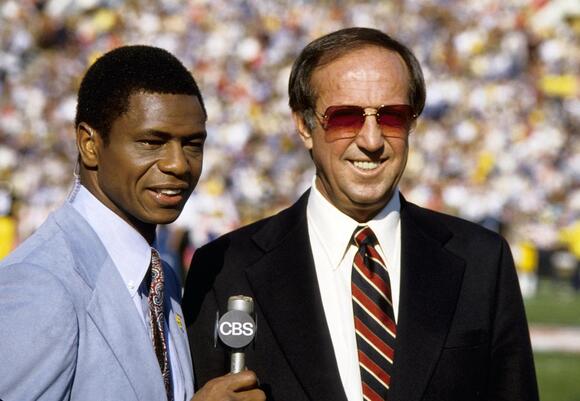 It’s a known fact that Simone Biles can’t handle pressure. Biles admitted that to herself after she pulled out of Olympic competition for the United States women’s gymnastics team. She removed herself from team competition on July 27 after a shaky performance on the vaults during the first rotation. In the event, Biles attempted to do an Amanar, which is a triple somersault twist. It’s one of the most difficult performances being done by women on the vaults. But Biles fell one twist short and barely landed on her feet. Biles had the same problem when she tried doing her double twist somersault on the uneven bars during practice.

Olympics-Soccer-Swedes, Canada ask for women’s gold-medal match to be moved

TOKYO, Japan (Reuters) – Sweden and Canada have asked Olympic organisers to move what is expected to be a hotly-contested women’s gold-medal soccer match on Friday at Tokyo’s Olympic Stadium to later in the day to avoid the sweltering heat of the Japanese summer. Trackside temperatures at the athletics stadium...

Raised in Hyattsville, Frances Tiafoe has always been related to the American capital. Frances made his ATP Tour debut in Washington 2014 at 16, losing to Evgeny Donskoy in straight sets after a solid effort. Seven years later, Frances will compete at the City Open again, hoping for a deep run in front of the home fans, who have always been very supportive.

The Olympic Games tennis tournament in Tokyo is behind us, with no one from the 'Big 3' traveling home with a medal. Rafael Nadal and Roger Federer decided to skip Tokyo, while Novak Djokovic traveled to the Olympic village as the gold medal favorite after everything he has achieved this year.

No. 6 seed Oceane Dodin of France outlasted Russia's Vitalia Diatchenko 7-6 (7), 6-4 in one hour and 54 minutes on Wednesday to reach the quarterfinals at the Palermo Ladies Open. Dodin converted 7 of 10 break points while Diatchenko landed 6 of her 13 chances. Each player served for...

Cameron Champ fended off dehydration and crisply putted his way to a 5-under 66 on Sunday, winning the 3M Open in Blaine, Minn., by two strokes for his third career victory. The 26-year-old Champ had five birdies in a bogey-free round to finish at 15-under 269 at TPC Twin Cities. Louis Oosthuizen, Jhonattan Vegas and Charl Schwartzel tied for second.

Cameron Champ earned his third career PGA Tour win with a victory at the 3M Open. The American entered Round 4 in a tie for fourth place but finished strong Sunday with a 66. He saved his best shot of the day for the 18th hole, hitting it just a couple of feet away for the tournament-winning par:

U.S. Championships: Niemann and Wang win, Christiansen and Kaidanov have to play tiebreak

Your key to fresh ideas, precise analyses and targeted training!. Everyone uses ChessBase, from the World Champion to the amateur next door. It is the program of choice for anyone who loves the game and wants to know more about it. Start your personal success story with ChessBase and enjoy the game even more.

HARTFORD — Luiz Silva is used to making his contributions to Hartford Athletic behind the scenes as the team’s technical director. When Hartford earned a 2-0 win over Miami FC in a USL Championship Atlantic Division game Saturday at Dillon Stadium however, Silva had the chance to return to his roots of being a head coach.

Marin Cilic hopes to make Tennis Hall of Fame: I managed to win US Open in Big 3 Era

Former world No. 3 Marin Cilic has acknowledged that he has accomplished some notable things as he hopes that one day he will enter the Tennis Hall of Fame. Cilic, now ranked at No. 37 in the world, captured silver medal with fellow Croatian Ivan Dodig at the Tokyo Olympics.

Ellen White made a dream start to her second Olympics - and insisted Team GB would only get better. Nine years after playing a bit part in London 2012, Manchester City ’s England striker took centre stage in Sapporo. Playing in stadium where David Beckham’s penalty famously beat Argentina at...

(Blaine, MN) -- Cameron Champ lived up to his last name in the 3M Open, winning the tournament with a 15-under score. Champ shot a 66 in Round Four to secure the tournament win. Louis Oosthuizen, Jhonattan Vegas and Charl Schwartzel ended in a three-way tie for second place with 13-under finishes. Keith Mitchell rounded out the top five with a 12-under score.

Shin Jeahwan of South Korea has won the gold in men’s vault. Jeahwan earned the gold in a tiebreaker with Denis Abliazin. Both men averaged 14.783 on their two vaults. Jeahwan claimed the top spot because he had the single highest vault score. The 14.833 he received for his second vault was higher than Abliazin’s top score of 14.800.

Former world No. 4 Kei Nishikori insisted it's never easy to play against Sam Querrey after beating the American at the Citi Open in Washington. Nishikori, now ranked at No. 67 in the world, cruised past Querrey 6-4 6-3 to safely progress into the second round. Nishikori, 31, is making...

Top-10 players Bianca Andreescu and Simona Halep, both coming off layoffs, have committed to return to play next week at the WTA 1000 National Bank Open in Montreal. Nine of the top 10 players in the rankings are scheduled to take part, as well as Tokyo Olympics champion Belinda Bencic of Switzerland. Only No. 1 Ashleigh Barty of Australia will skip the tournament.

Roger Federer made the Olympic Games debut in 2000 in Sydney, barely missing a medal at 19. Four years later, Tomas Berdych ousted him in Athens, and it wasn't to be for the Swiss in Beijing 2008. Desperate to add one of the last notable missing titles in his collection, Federer got a massive opportunity to chase the Golden Slam in London 2012, just a couple of weeks after lifting the seventh Wimbledon trophy.