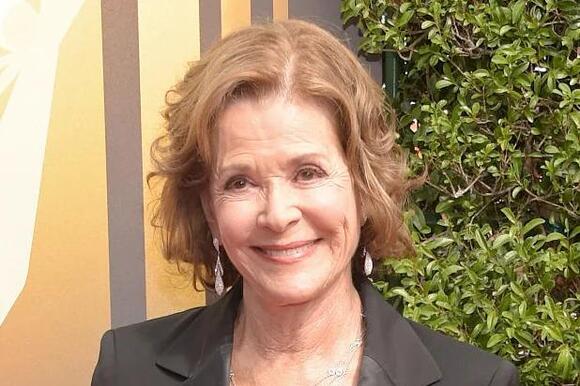 Jessica Walter, star of “Arrested Development” and “Archer,” died in her sleep Tuesday at age 80. Almost immediately after her passing was announced, tributes to Walter flooded social media.

Walter was known for her role as Mallory Archer in the show “Archer,” and Lucille Bluth on Ron Howard’s “Arrested Development.” In 1971, she played Evelyn in “Play Misty for Me,” one of her earlier breakout performances.

One reason Walter’s presence on screen is so powerful was her impeccable sense of comedic timing and mastery of a whole array of facial expressions — as historian Kevin Kruse said Wednesday, “she could do more with a wordless reaction than anyone.

“Jessica Walter’s spectacular turn as the devilish Lucille Bluth is one of the great comedic performances of television history, and we loved working with her as much as audiences loved her on Arrested Development,” 20th Television, the studio that produced “Arrested Development,” said in a statement to TheWrap Thursday. “Our hearts go out to her family and friends, particularly her daughter, and our former colleague, Brooke. We know that heaven just got a whole lot funnier with Jessica now in residence.”

In memory of the iconic actress, some posted callbacks to Walter’s most iconic lines and moments from her many roles. “I wanna cry so bad, but I don’t think I can spare the moisture,” Taylor Garron tweeted, referencing one of Lucille Bluth’s many legendary lines, said in season three of “Arrested Development.”

With a career spanning across five decades, Walter more than made a name for herself in television. She won an Emmy for her lead role in “Amy Prentiss.” Walter also received Emmy nominations for her roles in “The Streets of San Francisco” in 1977 and “Trapper John, M.D.” in 1980.

She also worked with George Segal, who died earlier this week, in two sitcoms. Walter appeared in “Just Shoot Me!” as Eve Gallo, wife to Segal’s Jack Gallo. The pair played a married couple once again in TVLand’s shortlived series “Retired at 35.”

Viola Davis And Thuso Mbedu To Star In “The Woman King”

Rarely do we ever get the chance to work with our idols. That idea, more often than not, tends to always remain just but that; an idea. South African actress Thuso Mbedu cannot relate to our struggles, given that it was announced that she was to work alongside one of the artists she’s admired the most. This once-in-a-lifetime moment is part of a wholesome sojourn that began in Pelham, KwaZulu-Natal. Mbedu was raised by her grandmother, having been orphaned at a young age. Her childhood and life through college weren’t the easiest. Mbedu’s family had to struggle to make ends meet. When she left to begin her acting career, it was with a suitcase and an equivalent of $35. Her early days on the job didn’t pay off financially, so she opted to live out of her friends’ places until she’d made enough to get a place of her own.

Viola Davis’ Husband Julius Tennon: Everything To Know About The Actress’ Husband Of 18 Years

Academy Award winner Viola Davis has been happily married to Julius Tennon for 18 years. Here’s everything to know about the actress’ husband. Viola Davis and Julius Tennon’s marriage has a spiritual backstory — one that could, quite frankly, be the plot of a romance film. The Academy Award winner, 55, has been married to her fellow actor husband, 67, for 18 years now. The couple adopted their daughter Genesis, 11, back in 2011, completing their family of three. Viola and Julius have since become one of the most formidable A-list couples in Hollywood, supporting each other both on and off the red carpets.

Academy award-winning actress Viola Davis is to share her life story with the world by releasing her first memoir. The How to Get Away With Murder star is working on a memoir that will be titled, “Finding Me,” to be released on April 19, 2022, as noted by The Hollywood Reporter.

WENTWORTH MILLER SHARES AUTISM DIAGNOSIS: Prison Break alum Wentworth Miller is sharing his autism diagnosis. He revealed on Instagram: “Like everyone, life in quarantine took things from me. But in the quiet/isolation, I found unexpected gifts. This fall marks 1 year since I received my informal autism diagnosis. Preceded by a self-diagnosis. Followed by a formal diagnosis.” Miller called his autism diagnosis a “gift,” and thanked those who supported him throughout his journey.

When “Days of our Lives” announced a five part streaming mini series this week, one name on the cast list rang a bell. Zach Tinker has been hired as the re-cast character Sonny Kiriakis. The 26 year old actor’s last name sounds familiar because he’s the grandson of the late legendary TV mogul, Grant Tinker. The silver haired Tinker was famous for creating MTM Studios with his wife, Mary Tyler Moore, and launched a bunch of classic hits including her self-named show, plus Rhoda, Lou Grant, Hill Street Blues, and St. Elsewhere, among others. After that, he ran NBC successfully for several years.

Viola Davis is publishing a memoir she describes as “straight, no chaser.”

Oscar-winner and all-around Renaissance woman Viola Davis is going to put her life story (so far) to paper. The actor will publish a memoir, Finding Me, with HarperOne. Davis will discuss her tumultuous childhood growing up in Rhode Island, including poverty and family strife, to her rise as a critically acclaimed Hollywood powerhouse.

Even bad television shows usually get to air a few episodes before network executives put them out of their misery and cancel them. However, on one night in February 1969, Turn-On joined television infamy by being canceled during its first episode. One ABC affiliate in Ohio even famously refused to go back to the show after its first commercial break and West Coast stations refused to air it at all.

The Game is inching closer and closer to its premiere date, and a stacked cast is ready to play!. Several new cast members have been confirmed for the revival, including Vaughn Hebron (Tyler Perry’s The Oval), Adriyan Rae (Chicago Fire) and Analisa Velez (Sneaky Pete). For the reboot, Hebron will play Jamison Fields, an undrafted free agent, while Rae will star as Brittany Pitts, the daughter of Jason and Kelly Pitts, and Velez will play Raquel Navarro, Brittany’s best friend.

Dwyane Wade and Damon Wayans Jr. have excelled in their respective sporting and acting careers. Besides their career success, both men also have another thing in common: they share kids with one woman. Dwyane Wade is famous for his incredible career in the NBA, which ended in April 2019, when...

Viola Davis Stuns in Lime Green on Instagram—and Her Post Already Has Over 200,000 Likes

Viola Davis is a trendsetter on and off the screen. While many of her iconic characters have had a great sense of style (we're looking at you, Annalise Keating), the actress also knows how to put together a winning ensemble all her own. Recently, the Ma Rainey's Black Bottom ﻿actress...

‘Big Brother’ Babies! Jessica Graf and More Reality Stars Who Have Given Birth

From Big Brother to babies on board! These former reality stars started families after leaving the CBS show. Jessica Graf and Cody Nickson announced in September 2018 that they were expecting their first child together. (The Marine welcomed his daughter Paisley in a previous relationship.) “WE’RE PREGNANT! And I’m over...

After months of having guests host Jeopardy, the production is nearing a deal to name Alex Trebek's permanent replacement. According to Variety, Mike Richards is in advanced negotiations to host Jeopardy permanently. Richards was one of the guest hosts of the program earlier this year and earned positive reviews from fans.

It looks like the walls are closing in on Tara Locke (Elizabeth Leiner) says The Young And The Restless spoilers. She came to town on a mission to be an Abbott. To that end, she revealed Harrison Locke (Kellen Enriquez) was Kyle Abbott’s ( Michael Mealor) son. A paternity test proved he was the father. But any true soap fan knows you can never trust paternity results.

The Young and the Restless spoilers for Thursday, August 5 reveal that Amanda Sinclair (Mishael Morgan) has revenge on her mind. Kyle Abbott (Michael Mealor) finally connects with the woman he loves. Plus, Summer Newman (Hunter King) makes an emotional and unexpected apology. The Young And The Restless Spoilers –...

Actor Michael Jai White quietly mourned the sudden death of his oldest son, whom he had when he was only 15. He recently revealed the circumstances of his son's passing. Scroll down to hear the movie star's heartbreaking statement. Michael Jai White used to compete in martial arts tournaments when...

Goldie Hawn is a doting mother to three children who have all followed in her footsteps in the acting world. The Hollywood star is incredibly proud of all her kids and wanted everyone to know just how proud she was of her daughter Kate Hudson this week. Kate is set...

The News Only Gets Worse For Erika Jayne on ‘RHOBH’

Erika Jayne is still very much going. through. it. on this season of The Real Housewives of Beverly Hills, and just when we think we’ve heard it all, she presents even more shocking information. As we watch her go through her divorce from Tom Girardi and the subsequent lawsuits he...

Rai King Confirms She and Activist Shaun King Are Moving Home: ‘I No Longer Feel Safe’

NEW JERSEY — Rai King, the wife of controversial activist Shaun King, has confirmed that she and her family will be moving from their New Jersey home. On Tuesday, Shaun wrote a lengthy post on Instagram, calling out outlets who published images of their $842,000 New Jersey estate. “After a...

Wishing his wife of seven years a happy 35th birthday, the 'Hard in da Paint' spitter appears to hint that they're no longer together as he writes, 'Be free Be Happy.'. AceShowbiz - Are Waka Flocka Flame and Tammy Rivera calling it quits on their marriage? The couple has sparked speculation that they have split after the rapper posted a birthday shout-out to his wife on Instagram.

In April, news broke about the shocking death of Vine star Adam Perkins. Now, his cause of death has been revealed. According to the autopsy report obtained by “E! News,” Perkins died of accidental “multiple drug intoxication.”. The drugs found in his system were fentanyl, flualprazolam, mitragynine, ethanol, and cocaine.