‘If You Don’t Plan, It’s Going To Be Catastrophic’: Luther Campbell Warned Miami Beach Officials Ahead Of Chaos 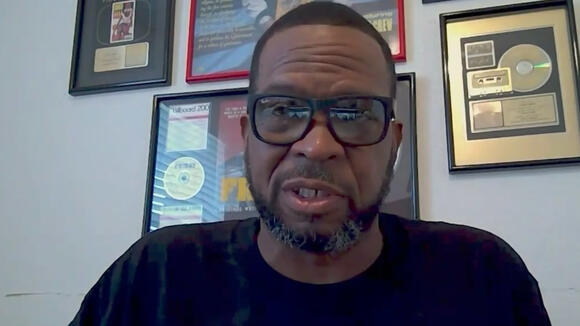 “It’s government using the same handbook,” he said. “And basically that handbook consists of creating a police state, having no organized events, you know, just allowing a complete free for all.”

Campbell said he offered to help months ago in planning events that could have prevented the mayhem.

“I said, look, if you don’t do anything this week of Spring Break or Memorial Day weekend, it’s going to be, is going to be, catastrophic for you guys because you’re talking about a situation where people have been locked up in the house for almost a year and they’re going to come running out to the beach,” he said. “You need to have events on the beach. You need that. You need to open up these hotels and have events at the hotels. You need to you need to have seminars and speaking engagements. You need to let them have their fraternity step shows and all that, make it a college-friendly event.”

“The city of Miami Beach has a great working relationship with the hotels,” he continued. “They can tell in a matter of minutes how many people are coming, where they’re coming from based on the occupancy at the hotel. So they already know that these kids are planning way ahead of time. So, you know, your numbers went up in hotels during a pandemic. So, again, you can if there are things that as far as government can do to make it to if you don’t want to have this event, if you don’t want to have people over there, you just tell the hotels your occupancy is at 50 percent or 25 percent. You and at the same time, you just you know, you say we’re going to have before you got to have an eight o’clock curfew, and that’s what we’re going to do. Or you close it down, no different than what you did in the beginning of the pandemic.”

Campbell, who rose to fame with the group “2LIveCrew” and who is now the football coach at Miami Edison Senior High School, has been very vocal about people staying safe during the coronavirus pandemic.

In December, he spoke exclusively to CBS4 News about his own tough battle with the virus and spoke about his concern over young people crowding into clubs, not wearing masks and practicing social distancing.

He says now, not planning ahead for Spring Break, even during the pandemic, was a bad idea.

“So they can’t hide behind the fact that, OK, because it’s a pandemic, we want to we want to not schedule any events. They made that decision on that phone call that they do not want to have events during this time or Memorial Day weekend. And they wanted to then have the events the following year. And I told them that is going to be a disaster.”

MIAMI -- At least 18,000 people put on their running shoes Sunday to hit the street for this year's Miami Marathon.Many of them ran to reach a personal goal while others did so to give something back.:"I was in a coma this time last year," said Stanley Bazile, who was running in part to mark his victory as a cancer survivor. There were others with similar inspirational stories who came out to run the half- or full marathon, participants who came from around the world or other U.S. states.One group of officers from the Miami-Dade Police Department said they were running...
MIAMI, FL・11 HOURS AGO
CBS Miami

MIAMI -- No single ticket matched all the numbers on Saturday's Powerball lottery drawing so the jackpot for Monday has grown to $613 million. The winning numbers in Saturday evening's drawing were: 2-18-23-27-47, PowerBall: 15, Power Play: 4You can watch the Powerball drawing on Monday on CBS Miami at 10:59 p.m.Two players in Texas matched five numbers and the power play number to walk away with $2 million. Players in Missouri, New York and Pennsylvania matched five numbers to win $1 million. The current Powerball jackpot started at $20 million on Nov. 21, 2022 and has rolled 30 times so far.California holds the Powerball jackpot record, having sold the only winning ticket for a historic $2.04 billion jackpot in November 2022 in Southern California.Two weeks ago, someone in Maine matched all six numbers to win an estimated $1.35 billion Mega Millions prize.If someone wins the Powerball jackpot, they have up to a year from the date of the draw to claim it.Powerball tickets are $2 each.
MIAMI, FL・19 HOURS AGO
CBS Miami

MIAMI - On Friday night, South Floridians reacted to the release of the video showing Memphis police officers' violent arrest of Tyre Nichols. He would later die from his injuries.  A community activist told CBS4 he watched the beating in horror.  "Inconceivable." In a word, lawyer and immediate past president of the 100 Black Men of South Florida, Stephen Johnson, described what he saw as "inconceivable." "The last word I heard him say on the videos I watched was mom, and I couldn't," said Johnson.Johnson was horrified by the death of Tyre Nichols. "A lack of value for the life...
MIAMI, FL・2 DAYS AGO
CBS Miami

MIAMI -- Police are trying to determine if foul play was involved in the death of a person whose body was found Friday in a concrete tube at a construction ssite.The body was found near the Haulover Marine Center, located at 15600 Collins Ave., around 10 a.m., according to authorities.Officials have not publicly said if they know how the person died or how the person's body ended up at the site.
MIAMI, FL・2 DAYS AGO
CBS Miami

Boy, 14, charged as adult in killing of 16-year old in Deerfield

MIAMI - A South Florida 14-year-old is accused of murdering another teen. Keantae Vaughn will be charged as an adult in the killing of Rickey Ferguson Junior. Police say Vaughn shot and killed Ferguson Jr. back in December at park in Deerfield Beach. Ferguson was in his sophomore year of high school and was a star football player for Deerfield Beach High school.
DEERFIELD BEACH, FL・2 DAYS AGO
CBS Miami

MIAMI - A cool, mostly cloudy, and breezy Friday ahead.It was a cooler start in the morning with temperatures mostly in the low to mid 60s due to a cold front that moved through on Thursday. Expect plenty of cloud coverage throughout the day due to lingering moisture. Highs will be comfortable in the low 70s in the afternoon.Friday night lows will fall to the mid to upper 60s with the chance for a few showers.Saturday we stay mostly cloudy and breezy. As the winds begin to shift out of the east, this will moderate our temperatures. Highs will be seasonable in the upper 70s. By Sunday morning we'll wake up to a milder morning with low 70s and highs will be warmer in the low 80s. Spotty showers will be possible Saturday and Sunday due to the onshore flow.Even warmer and more humid early to middle of next week with highs in the low 80s.
MIAMI, FL・2 DAYS AGO
CBS Miami

MIAMI - Manny Gurowski is 91 years old now, but he recalls his days as a clever young boy who traded soap for bread just to stay alive."It really happened," Gurowski said on International Holocaust Remembrance Day Friday. "There was mass murder all around. I saw thousands of people dying next to me. And I'm one of the lucky ones that made it."Gurowski made it despite years in a labor camp.Born in Germany in 1931, he was just a child when life as he knew it changed forever, so he doesn't even remember everything he endured."I've been watching a lot of Holocaust...
POMPANO BEACH, FL・2 DAYS AGO
CBS Miami

MIAMI - Attorneys for two Hialeah police officers charged in the kidnapping and beating of a homeless man appeared in court on Friday.Both Lorenzo Orfila, 22, and Rafael Otano, 27, have been charged with armed kidnapping and battery. Orfila is facing an additional charge of official misconduct by a public servant and battery."He's not guilty, he looks forward to going to trial. We believe wholeheartedly that'll he'll be exonerated completely," said Robert Barrar, Orfila's attorney.   Both of the officers were first removed from active duty before being fired from the department.According to the arrest affidavit, on December 17th, the officers...
HIALEAH, FL・2 DAYS AGO